For most of 2009, Nokia was busy strengthening its Ovi Store, Ovi services and the more notable Nokia Music Store. It wasn't until Nokia World in September when it was revealed of the company's renewed direction and concentrated on producing quality mobile devices to complement the services that they've established.

For its entertainment phones, the XpressMusic series received a refurbish of sorts, sporting the new X moniker for its music-centric devices. The first two devices of this series are X3 and X6, first announced during Nokia World. It is only recently in December 2009 that both these devices saw the light of day in retail stores.

The Nokia X3 was our first encounter of the new X-series, but the X6 has been our bigger interest which we finally managed to review today. Like the earlier well recognized Nokia 5800 XpressMusic, the X6 is introduced under the Comes with Music package. That' equate to a whole year's worth of music downloads from the Nokia Music Store. The X6 also marks Nokia's first step into the capacitive touch screen scene. This is a departure from the resistive screens such as that of the 5800 model, Nokia's first major touchscreen mobile phone. In short, the X6 has a big shoe to fill, and we lay out its musical foot steps in the next few pages. 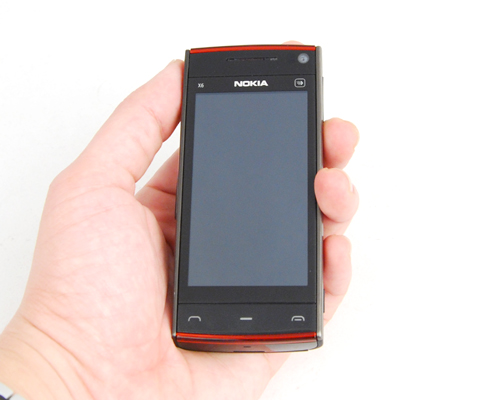