Introduction and Features for Desktops and Laptops

Since Symantec's acquisition of Norton in the early 90s, the brand has been heavily associated with the word "antivirus." Along with the developments in the entire computing industry and the Internet, cybercriminal tactics also expanded from computer viruses to other forms of online threat. An antivirus alone is no longer adequate in handling different forms of malware attacks such as phishing, spyware, trojans, and worms. Hence, Symantec has developed Norton from being a dedicated antivirus program into an all-encompassing security software solution that features antiphishing, backup, and personal firewall known as Norton 360. Today, in the so-called post-PC era, Symantec has introduced Norton 360 Multi-Device which can cover up to five devices in one year subscription. The suite is designed not only to provide protection for Windows desktops and notebooks, but also for smartphones and tablets that run either on Android or iOS platforms. 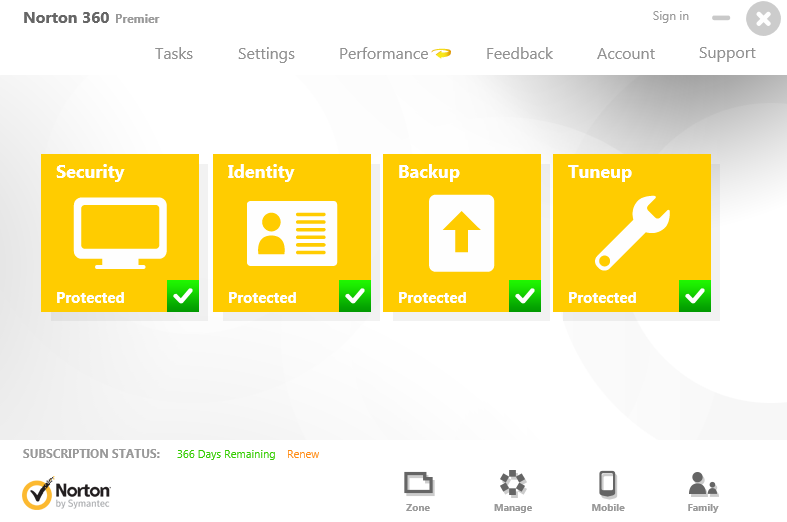 Norton 360 Multi-Device can be installed by using the supplied disc or downloading the software suite from the Internet. If installed through the disc, note that LiveUpdate must run to download the latest software patches and virus definitions. Overall, the installation is quick. If you chose installing the suite from the disc, note that you must allow it to download updates from the Internet, which in our case, the file size reached around 190MB. Noteworthy, do not forget to activate and register your subscription by using a valid email, which will lead you to the creation of a Norton account. Having your own Norton account gives you the advantage of having access to Norton 360 Multi-Device’s cloud-based features, especially anti-theft services, which we’ll elaborate later.

Symantec believes that prevention is better than cure. Hence, Symantec has equipped Norton 360 Multi-Device with additional tools that will help in preventing users from acquiring Internet malware. Integrated into the software suite is a configurable personal firewall that allows users to control and modify installed programs on how they access the Internet, and Norton Safe Web, a component of Norton 360 Device’s anti-phishing technology that provides users with a preview of a website and blocks potentially malicious webpages. Norton 360 Multi-Device also features Norton Family for parental control that protects children from online predators by allowing users to understand what they are really doing online. 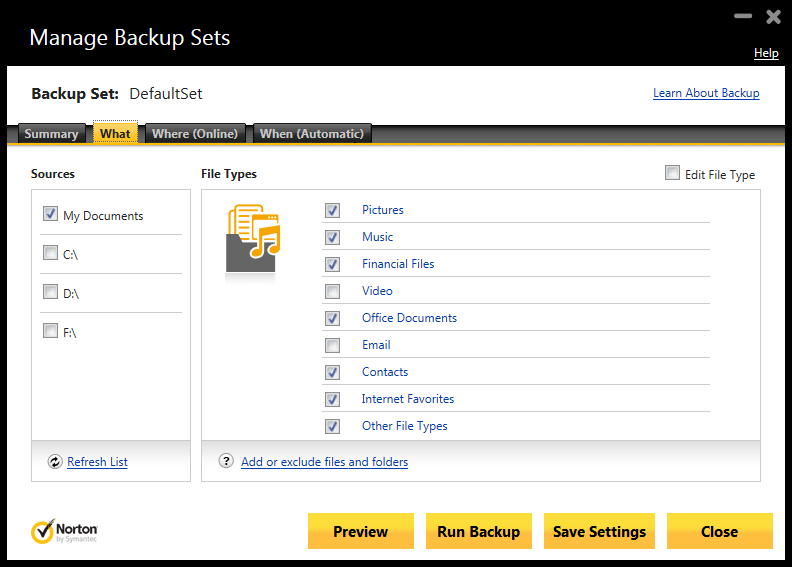 Another key offering of Norton 360 Multi-Device is personal backup. It allows users to selectively backup the files that they need and store them on another storage device or Norton’s 25GB worth of cloud-based storage. Users may also perform backup and recovery outside their desktop or notebook PC’s operating system by booting from the Norton 360 Multi-Device disc.