Affordable IPS for All

Not too long ago IPS monitors were the mainstay of professional user only. With their faithful color reproduction (in most cases) and unparalleled viewing angles, not to mention high price points, IPS monitors were primarily deployed to designers for critical, color sensitive work. However in recent times, we are beginning to see a new range of IPS monitors released by manufacturers for everyday consumers without the high price tag. Dell launched their S Series displays in the second half of 2012 and many others such as Viewsonic and AOC have followed suit. 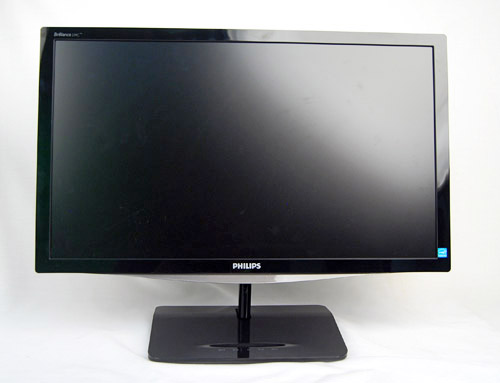 The new monitors are not only affordable, but try to bring the same level of quality performance as their “professional” counterparts. Philips offers the Blade 2 239C4QHSB 23-inch IPS Monitor from their C-Line series, which illustrates the features and expectations of this new breed of displays. The monitor's visuals are rendered in 16:9 aspect ratio full HD resolution (1920 x 1080 pixels) and the screen has a response time of 7ms.

For some reason display makers never really pay much attention to the appearance of their products. Philips seems to follow the industry standard of using black as the primary color for the Blade 2 C-Line 239C4QHSB, although a full white model is also available. A sliver trim at the bottom of the display panel breaks the monotony of the dark shade. For those wondering how the monitor series got its Blade 2 naming, apparently according to Philips, the design inspiration for it is the ice-skating blade. While we can't see much of a resemblance between them, we feel the Blade 2 C-line keeps the basic design ethos from the launch of the Phiilps Moda monitors from approximately a year and a half back. 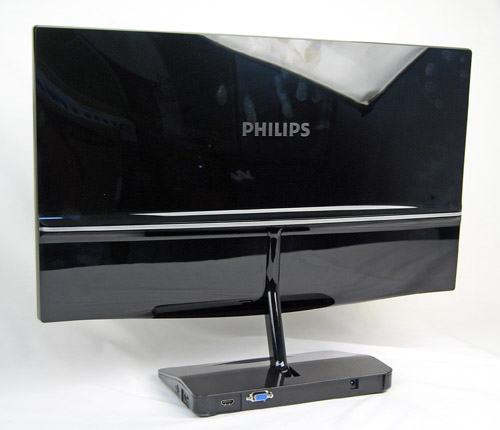 The glossy finish of the monitor stops the aesthetics of the 239C4QHSB from being completely drab. The front face, the back panel and the base all reflect light. Unfortunately all surfaces of the monitor are prone to finger smudges, which appear as soon as you handle the product. Touch buttons to power on the monitor as well as controlling the OSD can be found on the base, but this further compounds the problem of unsightly smudges on the product.

One of the most pleasing design aspects of the Philips 239C4QHSB is the fact that the monitor requires no assembly whatsoever. Most of the displays we have come across require at least the base to be screwed on. But this particular model is ready and rearing to go right out of the box. 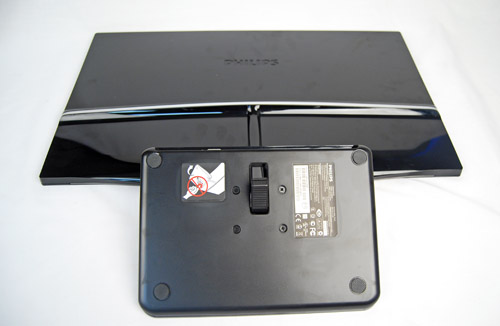 While the overall construction of the monitor is solid, it does have its faults, mainly with its tilt mechanism. Philips advertises the 239C4QHSB as having -3 degrees to +15 degrees of tilt. However since the neck swivels at its joint with the base, moving the display panel back or forth could result in some instability due to the change in the weight distribution profile.

In terms of ports, the Philips 239C4QHSB comes with a serving of two HDMI ports as well as a VGA port. A 3.5mm audio out port is also provided for those who want to plug their headphones or speakers to the monitor when using HDMI cabling for transmission of video and audio signals. All the connectivity options are located on the base of the monitor and are quite easy to access. It is important to note that no DVI or USB port is provided. While the former is not a big loss, it is always nice to have an easily accessible USB port on the monitor for plugging in thumb drives without reaching around to your desktop computer or notebook.

The Philips 239C4QHSB uses an Enhanced IPS (E-IPS) panel. The technology was first introduced back in 2009 and since then, most other competing products in the same category, such as the Dell S Series monitors, have switched over to using Advanced High Performance IPS (AH-IPS) panels which were released in 2011. We will definitely keep a close eye on how this design choice from Philips affects the performance of the monitor.

On a final note, Philips has retained its commitment to "green design" and the 239C4QHSB is manufactured from 100 percent recyclable materials. The LED lighting is also mercury free.