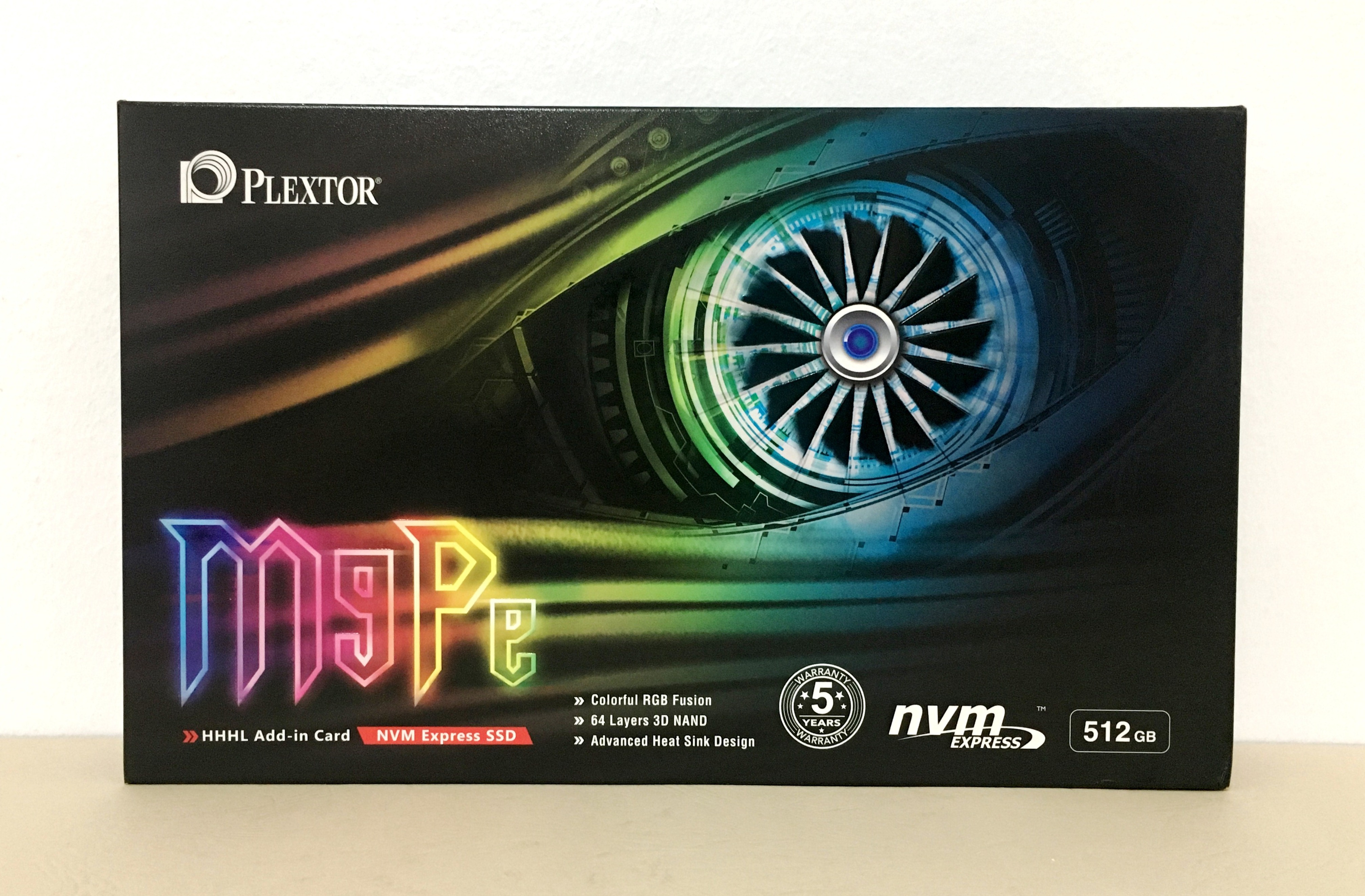 Previewed at last year’s Computex and officially launched in January this year, the Plextor M9Pe Series is the successor to the brand’s M8Pe line of NVMe PCIe solid state drives (SSDs) which was released in 2016. The M9Pe Series comes in three form factors: the naked M.2 form (M9PeGN), M.2 with heatsink (M9Pe(G)), and the PCIe version (M9Pe(Y)). Let’s take a look at the last model. 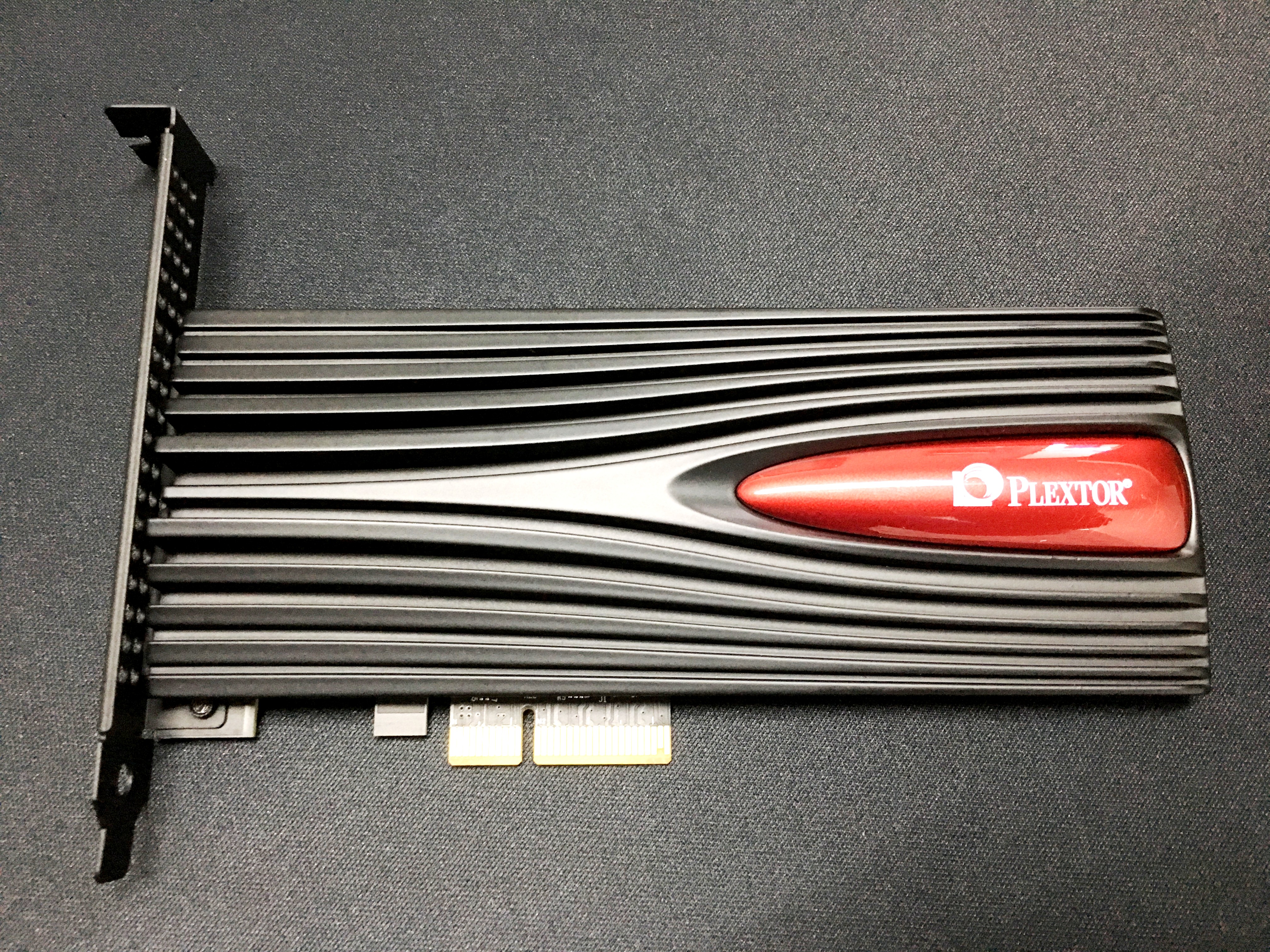 A glimpse of it, one could quickly assume that the M9Pe(Y) is an expansion card similar to a sound card or a USB adapter. But inspecting it reveals that it does not come with ports. The card’s side that should face the rear slot openings of a PC casing simply consists of a metal grille. Meanwhile, the entire front side of the printed circuit board (PCB) is clad in a metal chassis with “fins” as part of the design. This chassis can be removed by taking off the screws, underneath of which a rubber pad directly touches the M9Pe(Y)’s SSD card. The rubber pad, metal chassis, and the grille all work together to cool the SSD passively. Apart from documentation, the card also comes with screws and a low-profile bracket for small form factor (SFF) builds. 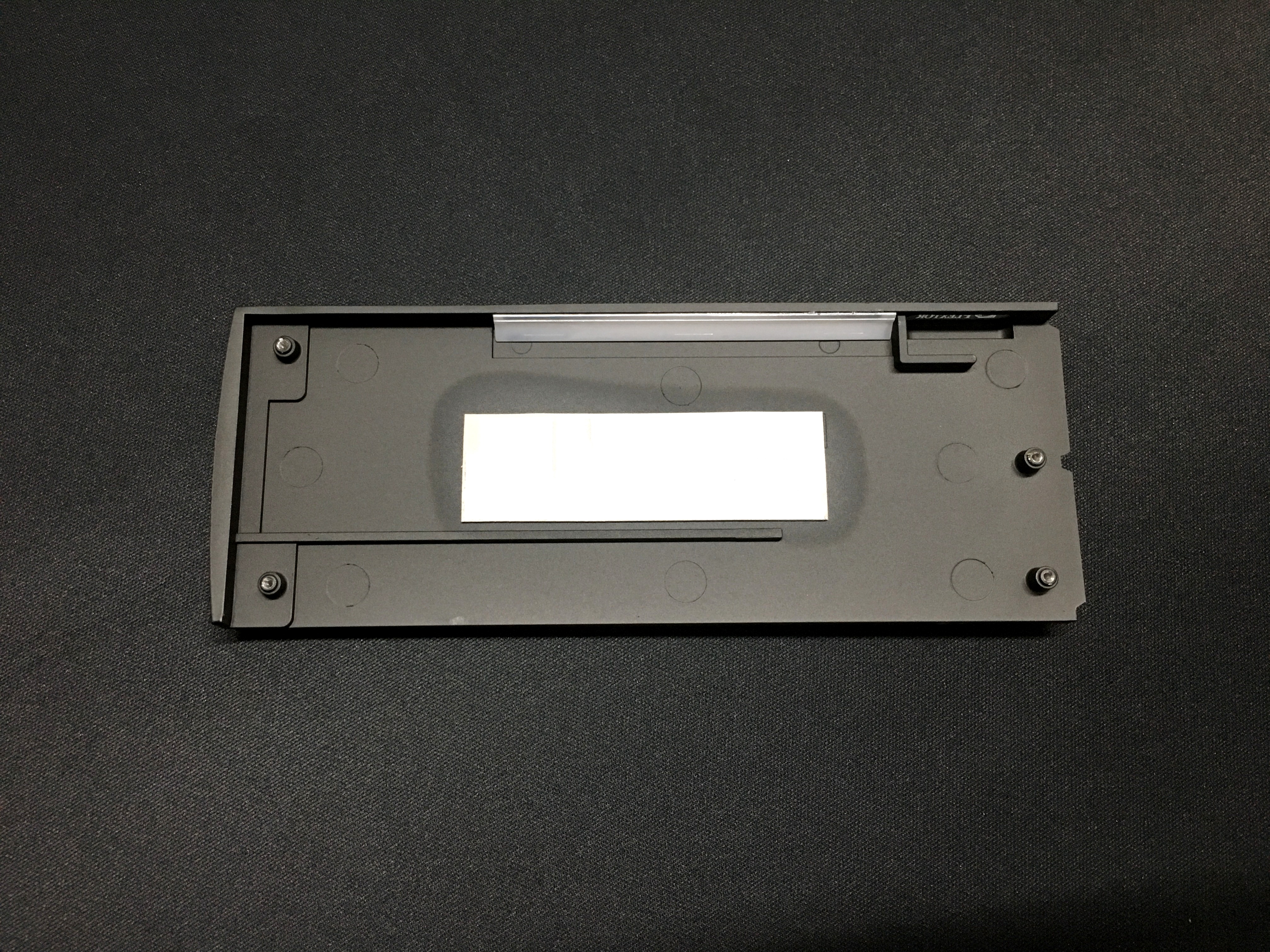 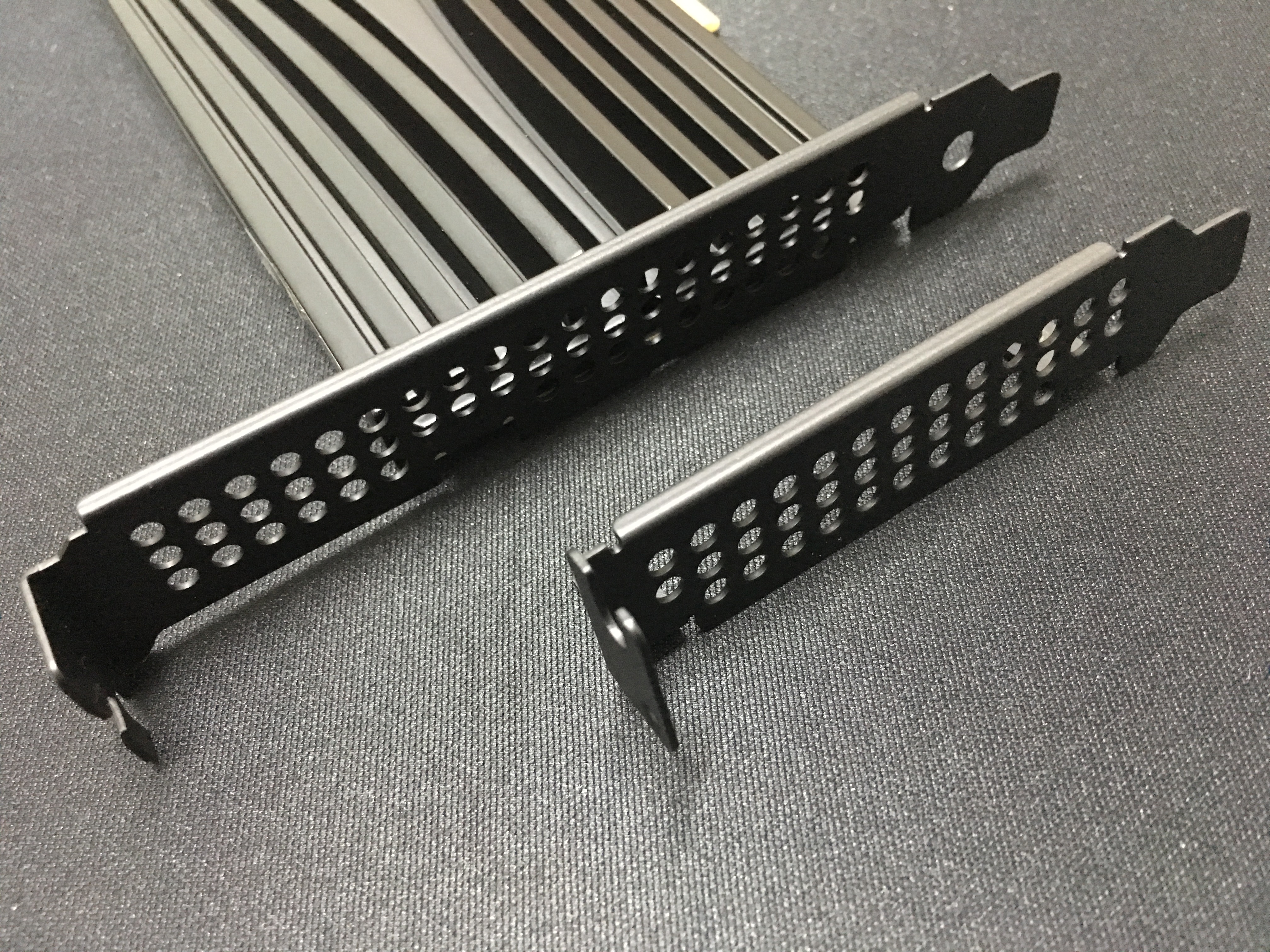 The M9Pe(Y)’s SSD card is basically the M9PeGN. It is attached to the M.2 slot on the card which has a PCIe 3.0 x4 interface. There are four prominent chips present on the card: the Marvell 88SS1093 controller, Nanya 1708 NT6CL128M32BM-H2 LPDDR3 512MB DRAM cache, and a pair of Toshiba TH58TFT1T23BEF 256GB NAND flash memory chips. The last two are responsible for building up the accumulated 512GB storage capacity of the card. 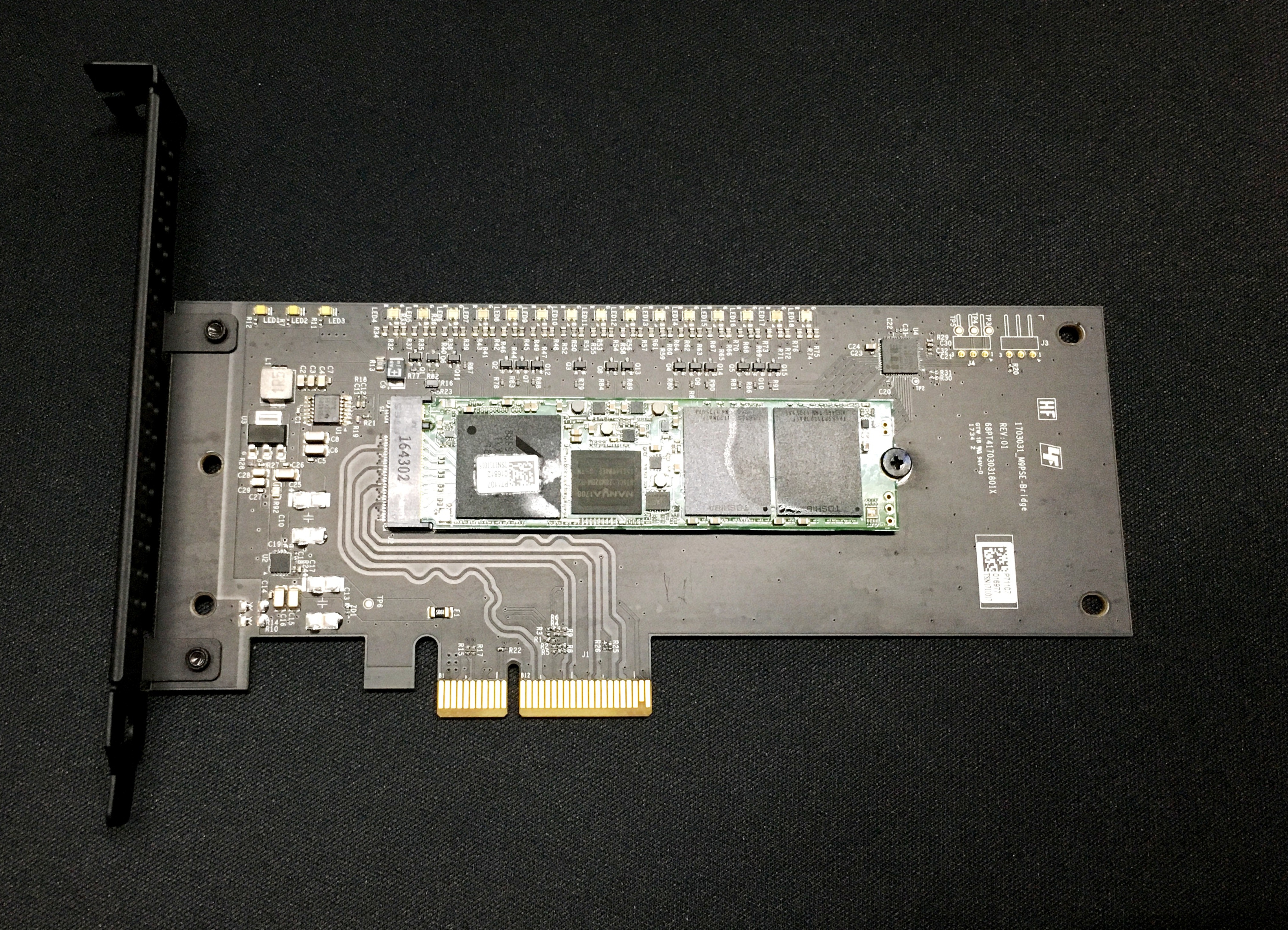 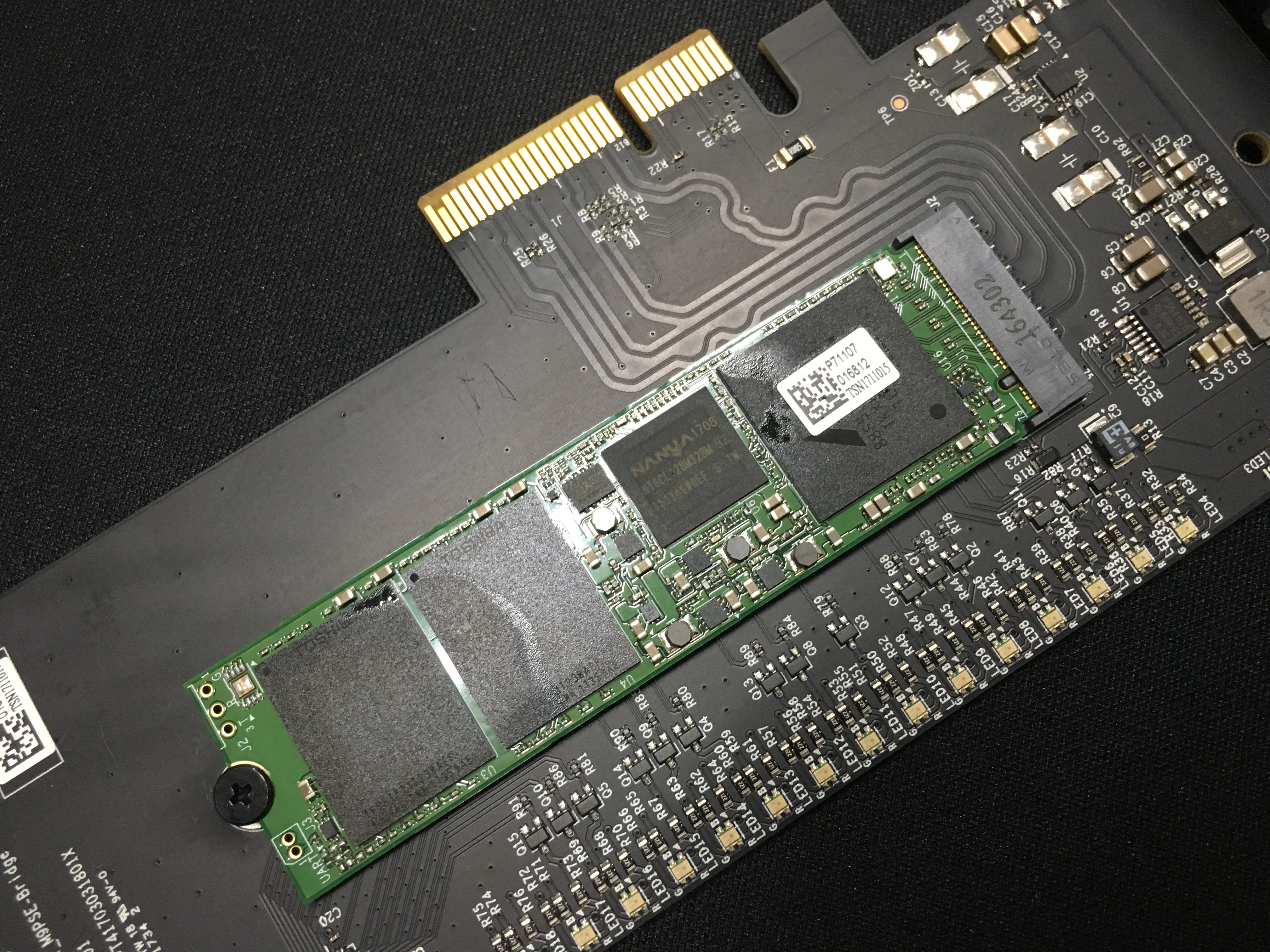