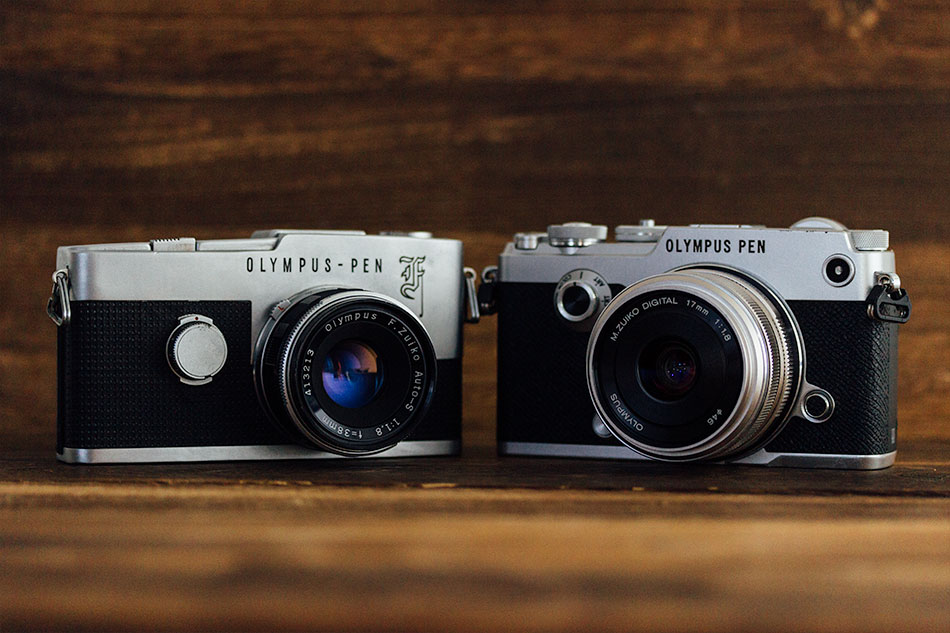 Olympus’s new Pen-F had me at hello. I love vintage, and the new Pen-F honors its 60s heritage with class, as well as updates it to make the name its own.

Olympus’ newest mirrorless camera is named after the first Pen F, which was released in 1963. The two Pen-Fs even look similar, but the resemblance is more than just skin-deep. By using mirrors instead of a pentaprism, the original Pen F didn’t have the triangular hump found on top of film SLRs, making it smaller and more streamlined. You could say mirrorless cameras follow in the same line of innovation, by doing away with the mirror-box in DSLRs, mirrorless cameras like the Pen-F are smaller and more streamlined.

Now, the original Pen F is part of the Olympus family designed by the legendary Yoshihisa Maitani, who also designed Olympus’ Pen, OM, XA and Stylus camera series. It was a popular camera, and renowned photojournalist W. Eugene Smith even appeared in an ad for it. With such big shoes to fill, can the Pen-F become the new classic for our digital age? 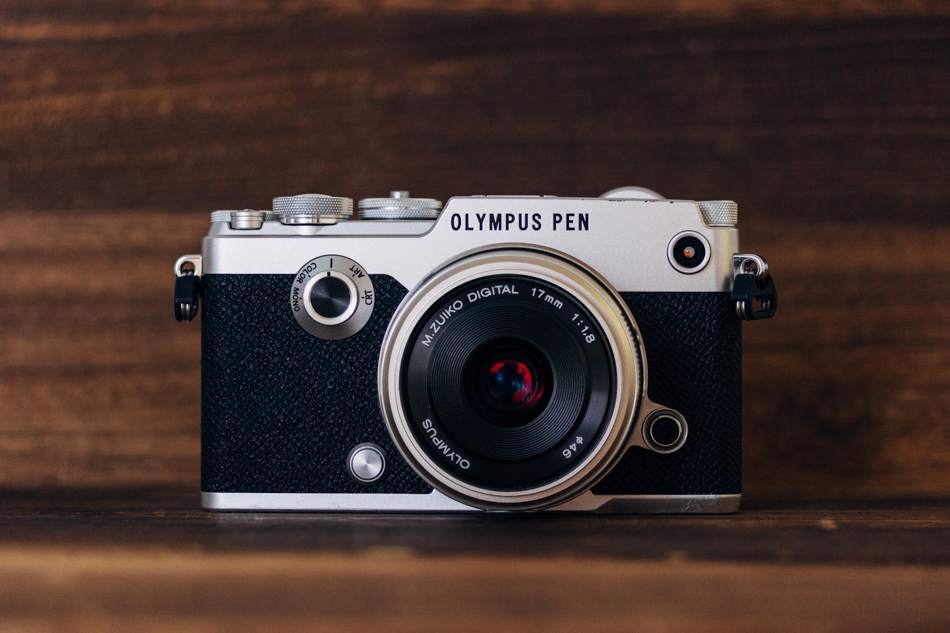 The Pen-F comes with a new 20MP sensor, which makes it the highest resolution camera in Olympus’ mirrorless range, and the second Micro Four Thirds to come with a 20MP sensor, after the Panasonic Lumix GX8. The sensor lacks an optical low-pass filter, which will make it more susceptible to moire artifacts, but able to capture more fine detail.

After having used the Pen-F for a couple of weeks now, I still can’t help looking at it for a few extra moments whenever I put it on the table. This thing is a looker, and is easily one of the most attractive digital cameras on the market today. It doesn’t just take after the first Pen F, but I think it looks even better than the original. The only thing missing is the distinctive ‘F’ symbol engraved on the Pen F film camera. 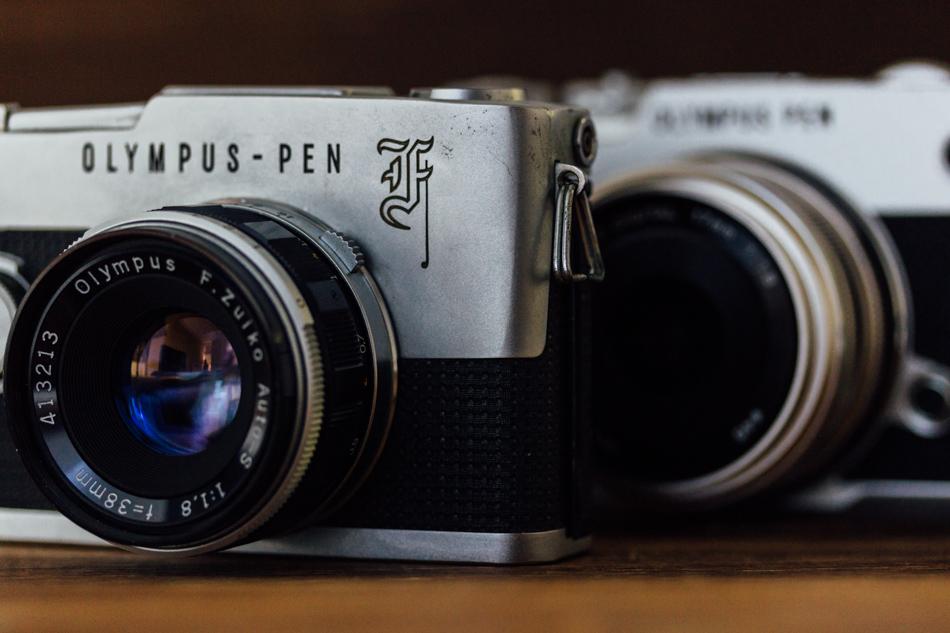 The camera feels good in the hands. It’s solid, not light at approx. 427g (with battery and memory card), but not heavy either. The protruding thumb-rest gives you a good hold, and if you don’t mind increasing the camera’s size, there’s an optional front-grip you can buy and attach.

Everything feels like it’s in the right place, with a physical Mode dial, exposure compensation dial, and twin control dials that come with the 2x2 feature introduced on the E-M1. The round Power button originally looked more retro than useful, but it’s surprisingly easy to turn, thanks to its knurled surface. 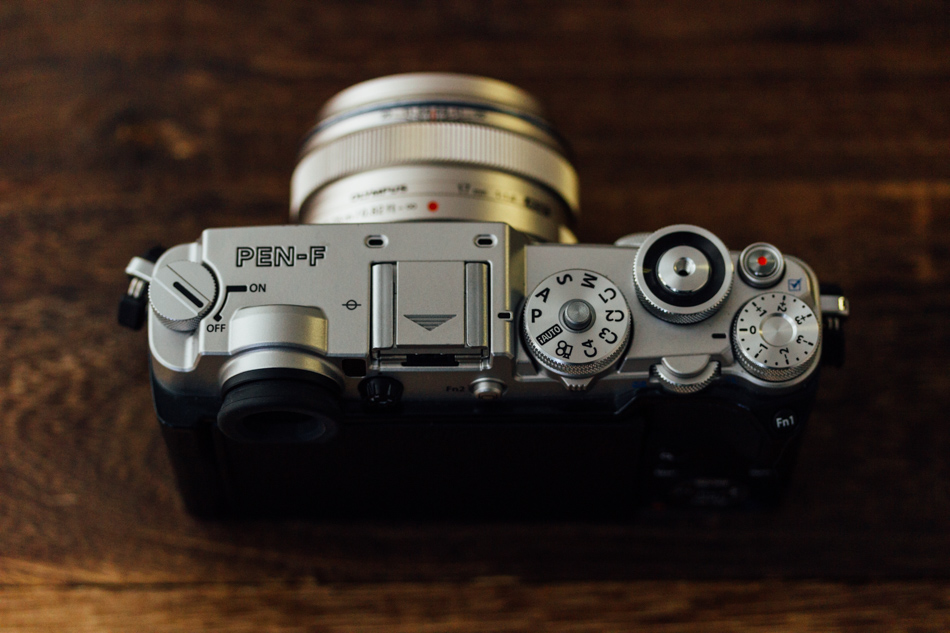 Another feature that first struck me as more ornamental than useful is the new Creative Dial on the front of the body. The Creative Dial has five settings, Off, Color, Mono, Art and Color Control. In other words, it gives you quick access to color, black and white or effect presets. 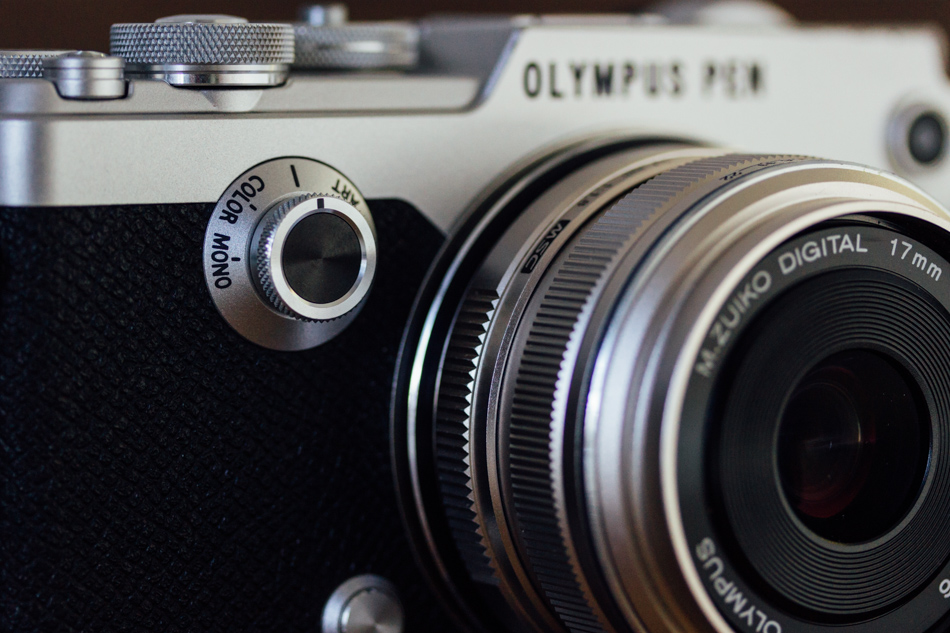 I almost always shoot in raw, so the Creative Dial seemed more superfluous to me than anything else. That’s why I was quite surprised at quite often I used it. The Color, Mono and Color Control modes are brand new, and they let you either tweak color settings and save them as presets, or use Olympus’ own presets, each of which has a different look, all of which are modeled after the look of classic films.

I found myself enjoying Olympus’ Color Profile 3 and Mono Profile 2, which provide very distinct and strong looks. Color profiles can only be applied to JPEGs, so I would turn on raw+JPEG mode to use the new color profiles, but even after importing the images into Lightroom, I found that the new profiles needed very little tweaking. 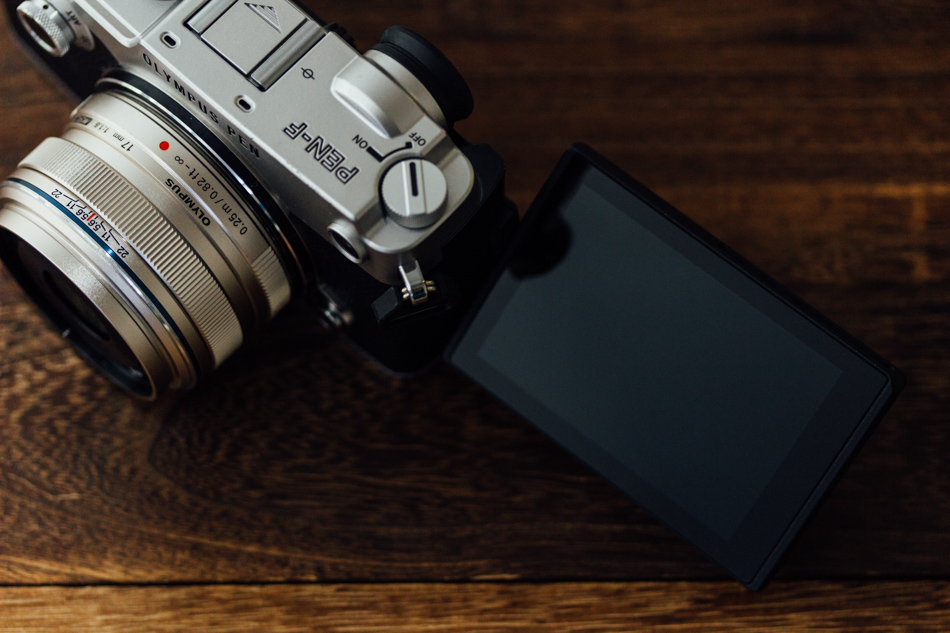 The tilting LCD provided a good way to capture unusual angles, and I found the electronic viewfinder bright and responsive. Blackout time is impressively short, and the Pen-F has a silent shooting mode which is very quiet. 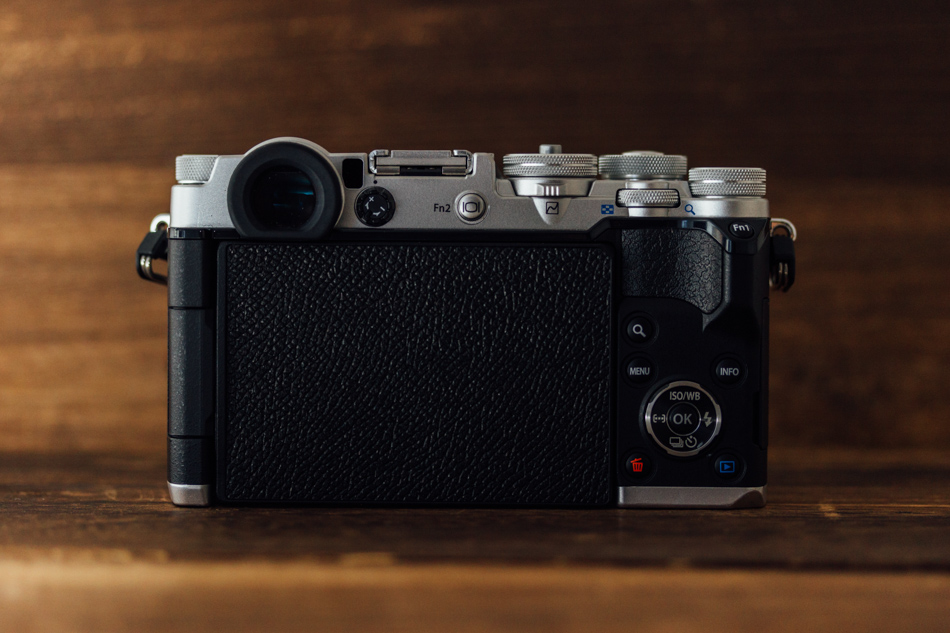 Little touches of care abound on the camera. Circular forms repeat, from the front of the camera, to the top and back. There are no visible screws, even on the bottom plate. The lens release button is covered with the same faux leather as the front of the camera, giving it a considered uniform appearance. If you flip the LCD screen around so that it faces inward, the back of the LCD panel is also covered in faux leather, giving the entire camera a strong, singular identity. 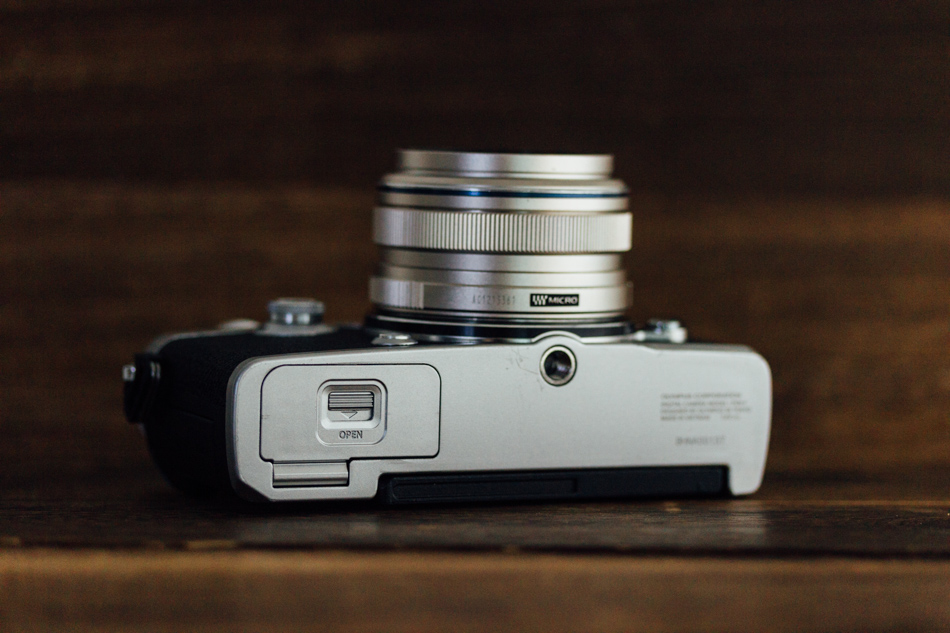 The Pen-F’s top and and front covers are made of magnesium alloy, while the bottom cover and the machined dials are made of aluminum. I did find that the top and bottom edges chipped a little after two weeks of use, I don’t mind a little patina on my gear, but it does worry me a little that it chipped that fast.

The Pen-F feels good in the hands and practically begs to be taken everywhere. It’s easy to carry around and remain inconspicuous while shooting. Most of all, it gets out of the way; it’s responsive and controls are quickly on hand. You can just pick it up, shoot and have fun.