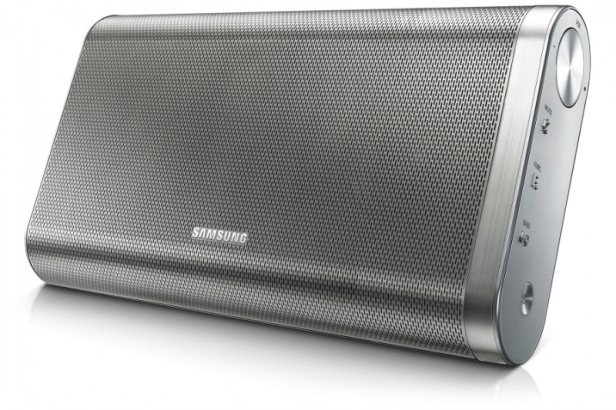 At first glance, the Samsung DA-F61 portable wireless speaker set looks a lot like the Bose SoundLink, though it is actually less boxy by design, as well as being a little larger than the latter. The DA-F61 goes for the now-classic portable speakers look. It sports a mesh on the front and metallic accents, coupled with a fabric cover. The overall effect is nothing that sets the heart racing, but shouldn’t look out of place in a modern living room. If anything though, Samsung seems to have played it safe with the aesthetics.

In terms of functional design, the DA-F61 is somewhat perplexing. First, the cover needs to be unfurled (or removed) when the speakers are operating. As such, the cover seems like an extraneous addition if it’s going to be desk-bound most of the time. The speakers also use a pop-out kickstand to remain upright. 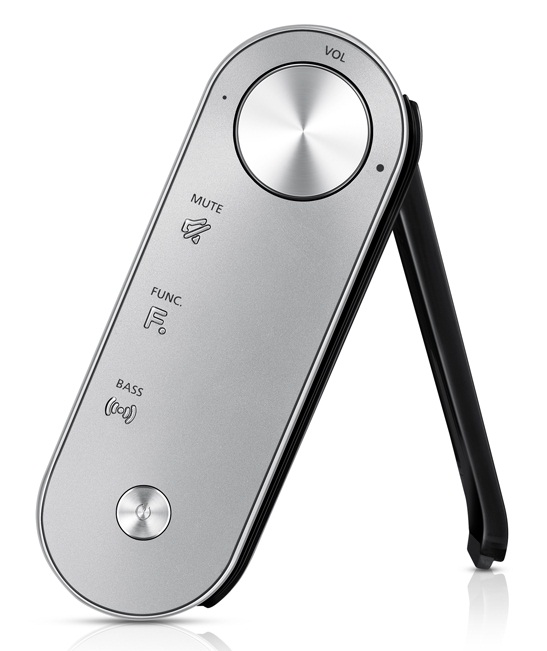 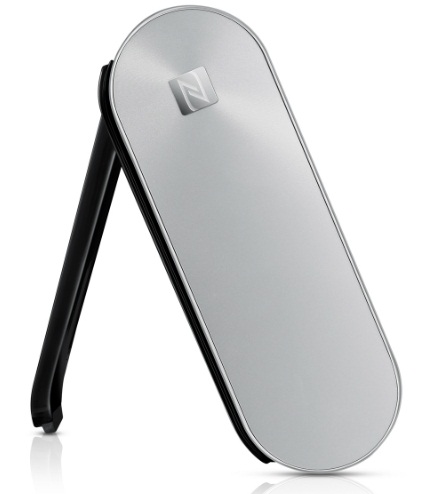 Samsung also places the NFC tag to the left side of the DA-F61. As such, the action of tapping and holding the phone in place while the pairing process completes can get awkward. Pairing over Bluetooth also took a while, and was nowhere near as quick as the JBL PowerUp MD-100W.

Perhaps, one design aspect that Samsung did get right were the mechanical buttons on the right side. A full pop-out volume control knob is provided, as well as another button to mute audio. Surprisingly, the DA-F61 is unable to detect active audio sources automatically, and you have to press the button to switch between connectivity modes.SoundShare mode is a feature unique to Samsung. When activated, the speaker automatically pairs via Bluetooth with a compatible Samsung TV to provide personal audio for the user. 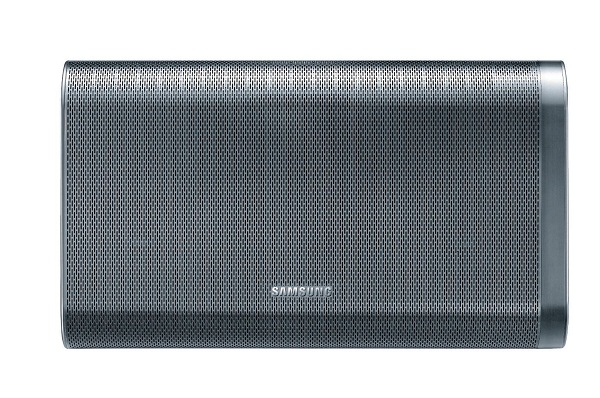 In terms of performance, we categorize the audio from the DA-F61 as having prominent mids and strong bass. Unfortunately the trebles sounded slightly hollow which means that the overall sound from the DA-F61 comes across as slightly unbalanced. On songs like Melt My Heart To Stone, Adele’s voice was good all the way until it came to the high registers. In addition, seeing that modern music tends to be bass-heavy, the speakers also have a built-in bass boost feature to further pound the point home.