The Note Edge has exactly the same Qualcomm Snapdragon 805 quad-core 2.7GHz processor and 3GB RAM as the Galaxy Note 4. This is the most powerful Qualcomm chipset available on the market and should put the Note Edge right at the top of our benchmark charts. For this review, we'll be comparing it to the Note 4, LG G3, and Apple iPhone 6 Plus.

SunSpider Javascript helps measure the browsing performance of a device when processing Javascript. It not only takes into consideration the underlying hardware performance, but also assesses how optimized a particular platform is at delivering a high-speed web browsing experience. The Note Edge scored as expected here, posting a reasonably good score of 972.6ms, which puts it on par with the Note 4. The iPhone 6 Plus is still the standout winner here thanks to great optimization between its hardware and Safari. Having said that, there was no noticeable difference in browsing performance between the two phones and the Note Edge still provided a snappy and smooth browsing experience.

Quadrant evaluates a device's CPU, memory, I/O and 3D graphics performance. The Note Edge again performed well in this benchmark, although it was actually marginally weaker than the Note 4.

For an in-depth understanding of 3DMark for Android, do head over to our article, "3DMark - Android Device GPU Performance Review." In a nutshell, it is an OpenGL ES 2.0 benchmark test that uses fixed off-screen rendering to run two graphics tests designed to stress the GPU performance of your device and a physics test to stress its CPU performance. The benchmark consists of three test portfolios:- Standard (720p resolution rendering), Extreme (1080p resolution rendering with higher quality textures and post-processing effects) and Unlimited (disables v-sync, display scaling and other OS factors that make it ideal for chipset comparison).

Since all the recent flagship smartphones max out the scores for the Standard and Extreme tests, we will only be looking at the scores for Ice Storm Unlimited run. The Note Edge was once again slightly behind the Note 4 in this benchmark, but still way ahead of the LG G3 and iPhone 6 Plus.

The Note Edge has exactly the same 16MP camera module as the Note 4. As mentioned, one key difference between the two is that on the Note Edge, the curved section of screen holds all of the camera controls, which keeps the viewfinder free of clutter. When held in landscape orientation, the shutter key is at the top of the screen, allowing for easy access and even in portrait mode, it falls right under the thumb for quick snapping. 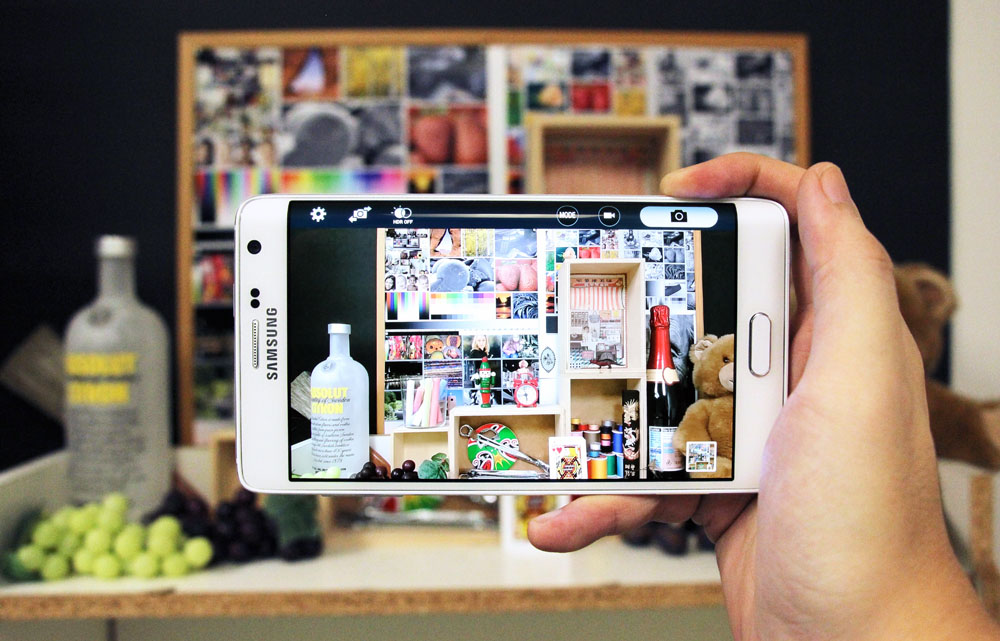 As expected image quality was excellent, with good detail throughout the picture, low noise and accurate color reproduction. 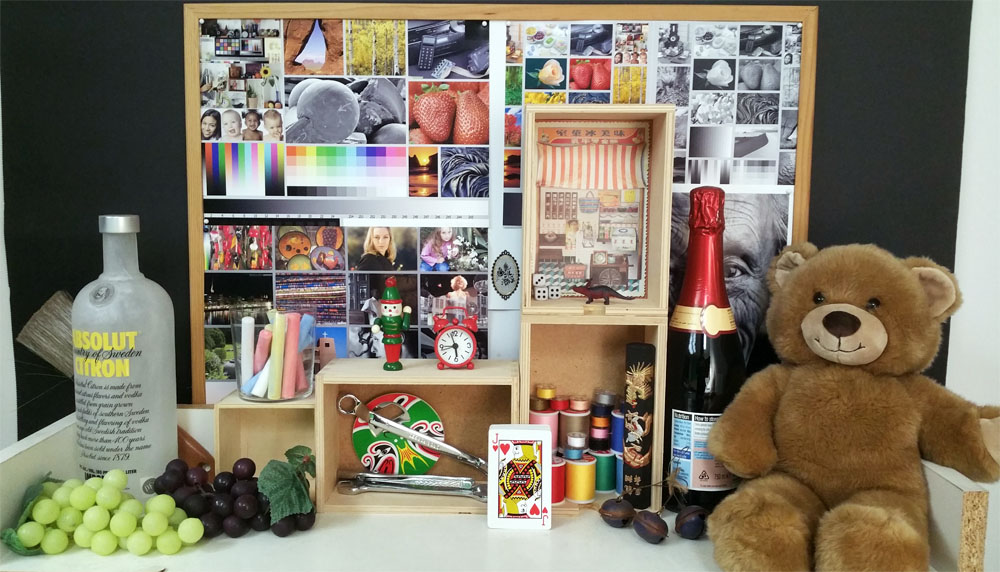 As expected from the additional display area and smaller battery, battery life took a slight hit. Having said that, it's still the second best performer we've ever had, running for an incredible 12 hours and 45 minutes. In our daily usage, the Note Edge easily lasted the entire day and kept running well into the next one, even with the always on Night Clock mode running for 8 hours. As such, even with the slightly smaller battery, you'll have no battery life problems with the Note Edge.

We measure the portability of a device by calculating its battery life to (weight x volume) ratio. Despite it's fairly large size and unimpressive weight, the Note Edge scored well here thanks to its outstanding battery life, and loses only to the Note 4. 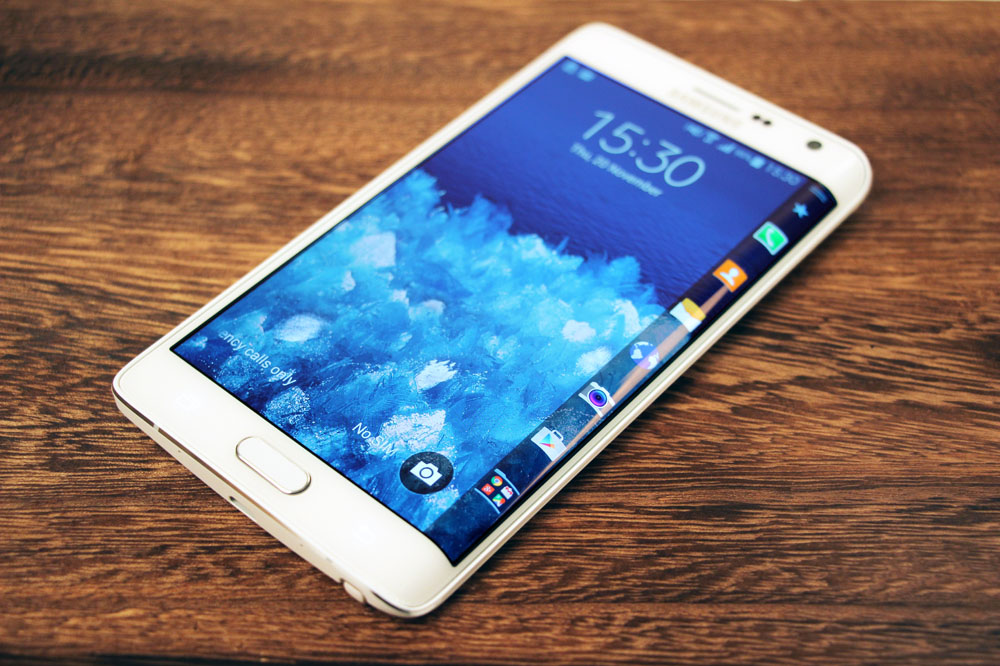 With a product as daring as the Note Edge, lots of things could have gone wrong. Despite this, Samsung has avoided all pitfalls and successfully made something innovative and new without requiring any compromises. The side screen feels natural to use and, while it won't fundamentally change how you use your phone, it is helpful, either by letting you avoid using app folders on the home screen, or by moving in-app controls out of the way. Samsung's biggest challenge now will be to convince third party developers to make apps that utilize the Edge screen, a hard sell for such a niche product, but one that, if anyone can pull off, it's probably Samsung.

Is the Note Edge a revolution for smartphones? Probably not, essentially it's just a Note 4 with a funky display. That isn't a bad thing though. It's like adding sprinkles to a delicious donut - you're still going to enjoy it either way, but maybe it's just a bit better now. The problem is, do those sprinkles justify paying an additional amount for the Note Edge? That depends on how much value you place on standing out from the crowd and having something a bit different. That Note 4 is already an expensive phone at PhP 37,990, so paying extra for a cutting edge product may not sound like much more (Galaxy Note 4 Edge is sold in Singapore at S$1,248 or approximately PhP 43,199.45). Realistically, you're probably not going to get around PhP 5,000+ worth of extra functionality out of the Note Edge - it's useful and fun to use, but it won't blow your mind - but PhP 5,000+ for the envious stares you'll get from friends and family? That might be worth it.