Looking at the Samsung Gear Fit 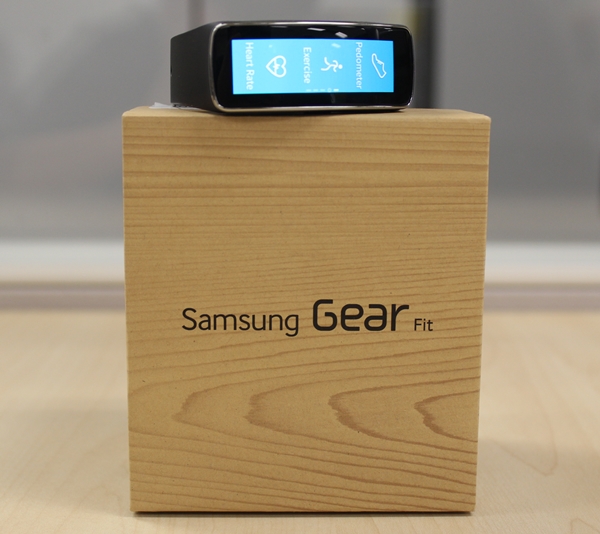 Of the three wearable devices (the Gear 2, Gear 2 Neo, and Gear Fit) Samsung announced at Mobile World Congress (MWC) 2014 in February, the Gear Fit was the one that stole the show, garnering a "Best-In-Show" award along the way. In addition, it was rated "Best Product" from 12 tech media. Is the Gear Fit the best wearable device to date? Or does it need more polishing? Before we dive into the details, here's a quick look at how it stacks up against the other smartwatches in the Gear family:

Compared to the existing wearable devices in the market (including its Gear 2 siblings), the Gear Fit (in our opinion) looks quite appealing. The 1.84-inch curved Super AMOLED touch display is simply gorgeous thanks to the vibrant, punchy colors. The silver chrome frame also adds a certain degree of style to the overall package.

While we questioned the practicability of curved displays in smartphones, it's not the case for the Gear Fit. We like how the curved display wraps around our wrist and gives a natural feel. It's how a wearable device should be designed and Samsung nailed this aspect. 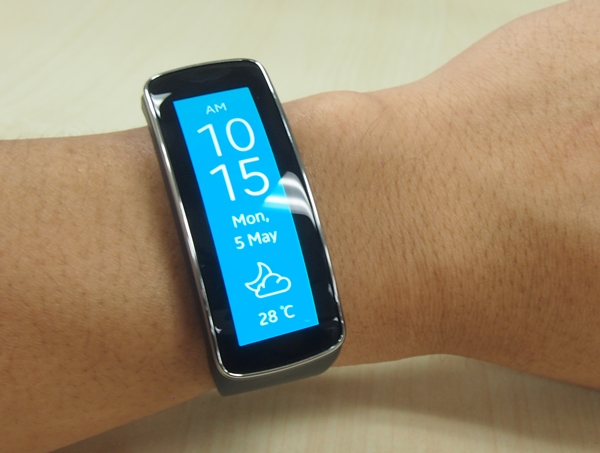 Like the Sony SmartBand SWR10, the Gear Fit is made up of a removable core module and an interchangeable rubber strap. The core module is certified IP67 water and dust resistance, which is in line with the Galaxy S5, Gear 2, and Gear 2 Neo. For comparison, the SmartBand SWR10 is IP58 rated, making it worse against dust, but better against water.

The strap is pliable and feels comfortable to the skin. As it has 13 circular holes on one side and two hard pegs on the other, the Gear Fit should be able to fit different wrist sizes. Even with this reviewer's small wrist, Gear Fit buttons up with just 8 holes. The process of putting on the Gear Fit is relatively easy and requires little effort. There's a total of six other color options for the strap: dark green, blue, green, orange, red, and gray.

The combined weight (module with rubber strap) of 27g makes the Gear Fit the second lightest wearable device besides the SmartBand SWR10 (20~21g) in the market. It is so comfortable that we sometimes forgot that we were wearing it. Samsung must have learned a thing or two from the Galaxy Gear, which is criticized as a rushed out, half-baked product that is too chunky. 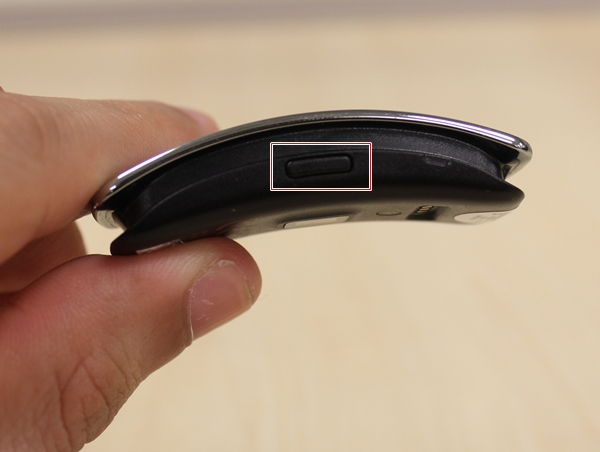 When you flip over the core module, you will see the charging contacts and heart rate sensor. One of the biggest friction points when using the original Galaxy Gear six months ago was the need for a special charging cradle to clamp onto the smartwatch. Unfortunately, the Gear Fit has the same fate; there is a special adapter from Samsung that you need to attach to the charging contacts before you can plug in the USB charging adapter. Samsung should have taken a page out of Sony's book by putting a micro-USB port on the Gear Fit and protect it with a sealed cover. This is more convenient as you can charge the device anytime with any USB cable. 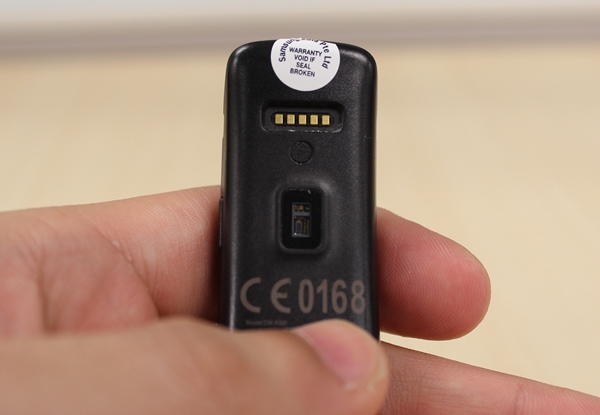 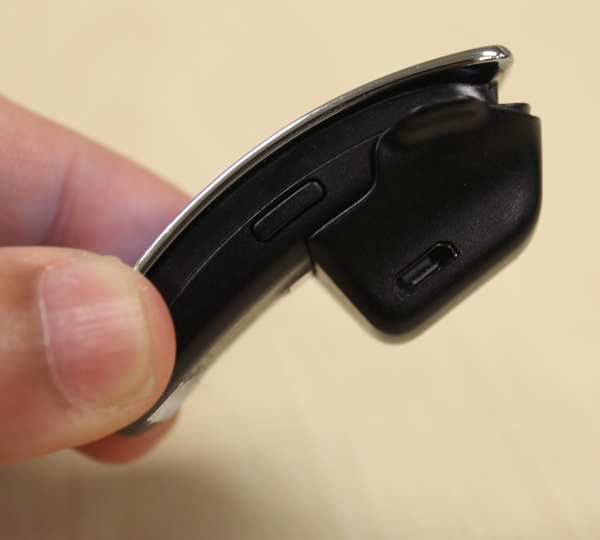 Setting Up the Gear Fit 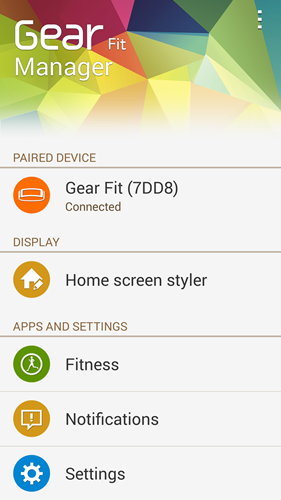 As the name suggests, the Gear Fit Manager app is where you personalize the interface and functions of the Gear Fit. Now, let's take a look at each section of the Manager app:

The Home Screen Styler lets you personalize the interface of the Gear Fit from its color, wallpaper, clock style to the order of icons. For example, you can select the weather clock face where you can see the weather information such as the temperature and forecast right on the screen of the Gear Fit.

You must be feeling confused over the two fitness apps: Fitness with Gear and S Health. Honestly, we were too initially. Here's how you differentiate between the two:

S Health, first introduced on the Galaxy S4, has been upgraded to version 3.0 on the Galaxy S5. As a quick recap, S Health collates all the fitness and health-related information in one location for easy viewing. For example, you can track the meals you take throughout the day, the workouts (running, walking, cycling, etc.) you do, the number of steps you take and even the temperature and humidity of your environment.

The Fitness with Gear app is introduced alongside the Gear 2/2 Neo/Gear Fit to capture data and sync it with the S Health app. It is a fairly simple app that keeps track of your steps, calories burnt, heart rate readings and the sleep time you've clocked. So where does this app fit into the big picture?

This is perhaps the most important section of the Gear Fit Manager app as it determines how useful the Gear Fit will be to you. This is where you select which type of notifications to receive on your Gear Fit. The notification system on the Gear Fit is slightly more polished in terms of support for third party apps and functionality compared to when the first Galaxy Gear was launched last year.

For example, you see a preview of new messages from Gmail, WeChat, and WhatsApp on the Gear Fit. To view the full text, you need to tap the Notifications icon on the device. Longer messages obviously require you to scroll more. If more than one message arrives at the same time, the contents blend into one single notification which can be confusing.

You are only allowed to select up to 10 apps for the notification system of the Gear Fit, which should suffice for most consumers. During our past week of usage, we only selected essential communication apps such as Hangouts, Gmail, WeChat, Messages, and WhatsApp. Even then, the constant vibration and waking up of the display can be quite irritating and drain the battery quickly. Fortunately, there is an option to keep the screen off when receiving notifications.

Settings allow you to customize basic features of the Gear Fit. For example, you can use the power key as a shortcut button. By default, double-tapping the power key will bring you to Notifications. You have 9 other options (media controller, pedometer, exercise, heart rate, sleep, timer, stopwatch, Find My Device, and Settings) to choose from, or you can select None.

Samsung has baked a safety feature onto the Gear Fit; pressing the power key three times will send help messages to your primary contacts. You are allowed to add up to four emergency contacts. According to Samsung, the Gear Fit will send two messages to the emergency contacts once the safety feature is activated. The first will contain a link to your location on a map and an emergency text message. A second message that contains a reworded text message and a link to your location on a map will be sent after a short time.

The Gear Fit not only allows you to reject a call via a preset text message, you also can reply to SMS messages with a list of text templates. In both situations, you can edit the text message for rejecting calls and add new templates for replying to SMS messages.

The Gear Fit is powered by a 180MHz ARM Cortex M4 processor and has 8MB of RAM. Unlike the Android-powered Galaxy Gear and Tizen-powered Gear 2 counterparts, it runs on a real-time operating system (RTOS) that is designed to process real-time apps requests without buffering delays.

After two weeks of using the Gear Fit, we found navigation to be quite smooth. Scrolling on the curved display also was a breeze. A software update issued shortly after the launch enabled us to rotate the screen vertically, which made it easier to read the display of the Gear Fit. Previously, the screen orientation was fixed at horizontal, which forced us to strain our neck each time we wanted to see the display.

We had difficulties reading the display under direct sunlight. Although there is an option on the Gear Fit to increase the brightness to its maximum (6, outdoor mode), it will automatically reset to default brightness (4) after five minutes. Consumers who plan to use the Gear Fit as an exercise tracker outdoors have to take note of this limitation. 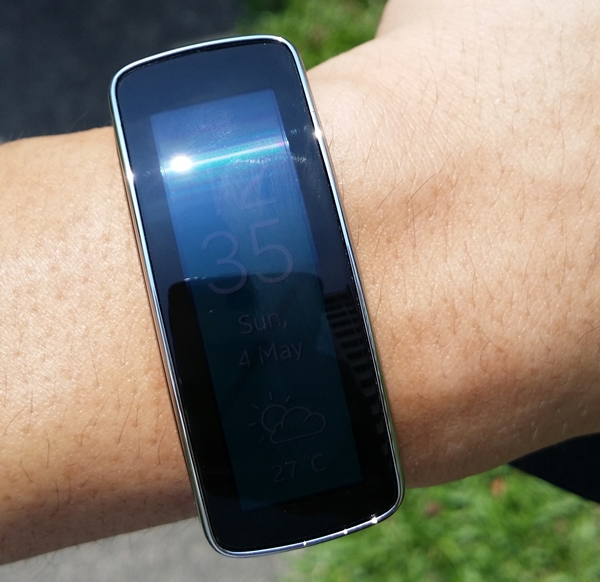 We also found the wake-up gesture to work erratically. Originally designed to wake up the display by raising the arm, we noticed that the Gear Fit lit up the display even when we were typing on the keyboard of our laptop or desktop on some occasions. It also takes a second or two for the display to be turned on, which can be frustrating if you want to do a quick check on the time. The inconsistent performance makes the Gear Fit a poor substitute or replacement for your wrist watch.

Getting the heat rate sensor to work is a frustrating affair too. Like the Galaxy S5, you are not supposed to move or talk when it is measuring your heart rate. You also need to wear the Gear Fit snugly to the top or underside of the wrist to measure your heart rate. More often than not, the Gear Fit took more than three attempts to get a reading. In our experience, the pedometer on the Gear Fit is also inaccurate; the number of steps recorded by the Gear Fit was much higher than what the Galaxy S4 counted. 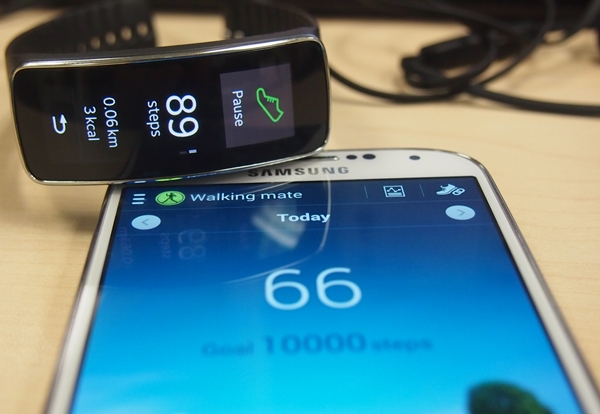 Samsung claims that the Gear Fit can last up to 5 days on a single charge although the mileage varies depending on usage and battery conditions. In our tests, we were able to squeeze out about three days of usage. As mentioned earlier in the review, charging the Gear Fit is inconvenient as you need the proprietary adapter.

Did Samsung try too hard to build the perfect wearable device with fitness and smartwatch features, and ended up dropping the ball? Our answer is yes.

While we applauded Samsung for doing a very respectable job in designing the Gear Fit, its overall proposition and performance left us wanting more. As a fitness tracker, the Gear Fit offers the most basic functions and is severely handicapped by its compatibility with Samsung's mobile devices. Other fitness trackers such as Fitbit and Jawbone can work on Android and iOS platforms. In addition, their apps offer better features and functionality than Samsung's S Health or Fitness with Gear apps.

As a smartwatch, the Gear Fit brings nothing new to the table except for the special RTOS that it runs on. Although there is a Gear Fit SDK for developers to code apps, Samsung has to convince developers that the Gear Fit is worth their time and investment. The elephant in the room is whether developers will take the risk and invest in the Gear Fit. Considering that Google has entered the wearable space with Android Wear and two partners (LG and Motorola) have shown quite promising hardware devices, the odds are stacked against the Gear Fit.

The Gear Fit is available since April 11 at a recommended retail price of PhP 8,990. As with any first generation device, it is advisable to hold your horses to see what the competition has to offer later this year. History has proven that being first does not always mean that it's good, and all eyes are on Apple and its alleged iWatch device to disrupt the wearable industry which is still very much in its infancy. And if you can get over the e-paper display, the Pebble, with its more robust app ecosystem, is another good alternative. 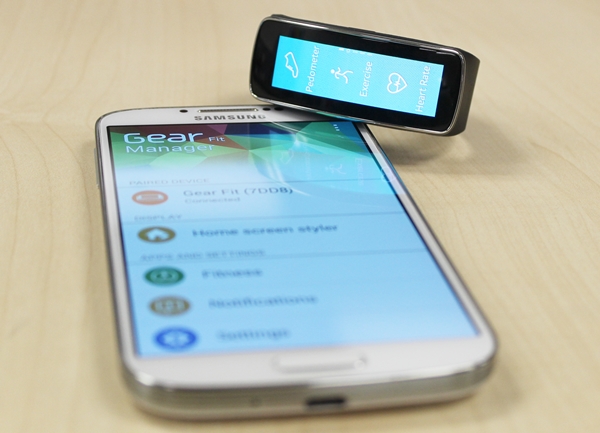