Some say it is a gimmick at best. While others think it's the biggest thing since televisions made that leap from analog to digital. On a larger scale, stereoscopy isn't anything new on the silver screen since it has effectively been around for decades. More recently, however, manufacturers have managed to bring that experience closer to home, and they are undeniably arriving by the numbers. Like it or not, 3D visuals marks yet another landmark for flat-panel displays in the home theater domain. It is a new frontier indeed, thanks to a frame-sequential screen and a groovy pair of active shutter glasses which will change our experience with TVs hence. In fact, DisplaySearch foresees that the distribution of 3D-ready TVs would reach an unbridled 64 million units come 2018. 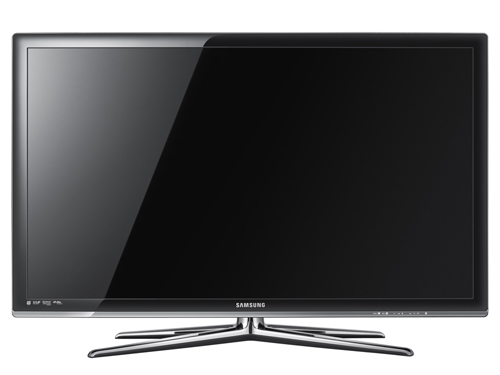 True to form, Samsung is capitalizing on the arrival of 3D on home displays as with the rest of the usual suspects like Sony, LG and Panasonic. In fact, a 3D display can be found in each of the Koreans' HDTV segments; namely the LED-lit, LCD and Plasma groups. Without further ado, here's a little overview of our first 3D TV review.

Pegged under Samsung's Series 7 suite, the UA46C7000WM is fundamentally a 46-inch LCD display powered by edge-lit LEDs. Although this model has been available for a few months, we spent some quality time investigating it more thoroughly to present you our truest impressions. One shortfall is that the TV does not offer local dimming like the Series 8 models. Other than its 3D perk, the Full-HD C7000 is also crammed with an army of salivating features. Yes, it is rather savvy with the Internet too. For instance, you can expect  widgets from big names such as YouTube or GameLoft, and if that isn't enough, you can download more from the HDTV-based application store dubbed as Samsung Apps. Oh yes, this TV also flaunts a recording feature too. It certainly looks like we're going to have our hands full. Thing is, will the Series 7's 3D feature fall flat? Or is it a true maestro, after all, at creating an astounding illusion of depth? More answers coming up soon, but first, the C7000's design and features.