Editor's note: The following review is mostly adapted from the earlier reviewed Google Nexus S. With an almost identical set of hardware specifications, we focused on the battery tests and its related performance since the Samsung Nexus S uses a 4-inch S-LCD instead of Super AMOLED display on Google's iteration. For those who've read the previous Nexus S article, you may jump to the battery performance page here and an updated conclusion here.

Super phone. Smartphone. Call it what you will, the Google-branded phones have made a huge impact in the mobile arena over the last two years. Every year, Google makes a show of its Android improvements with an actual device, starting with the T-Mobile G1 (otherwise known as the HTC Dream), followed by its very own Google Nexus One (made by HTC again).

By the end of 2010, Google has formed numerous alliances and partnerships, forged through the need for its ever growing Android platform and its hardware partners to enjoy mutual gain. This is duly reflected in its market share, growing leaps and bounds to attain second placing, challenging the once dominant Symbian OS. Within the same year, we've seen a multitude of Android devices, but only a select few such as the Samsung Galaxy S got us excited at how the hardware and software alliance is finally showing tangible results.

With all the players gathered together, Google proceeded with its next act in the Android showcase. Aided by Samsung's manufacturing arm, the Google / Samsung Nexus S was borne, bearing a striking resemblance to the Galaxy S, in and out. This should mean a similar handling experience as what we got from the Galaxy S, right up to the backwards curved chin at the bottom. 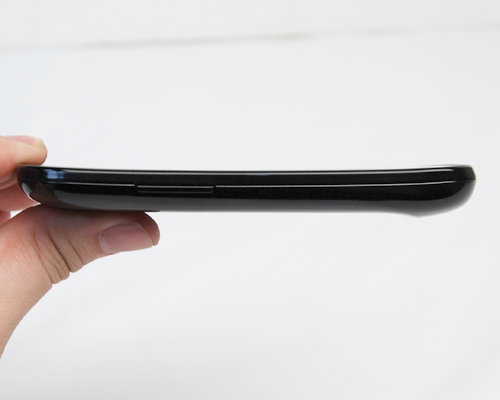 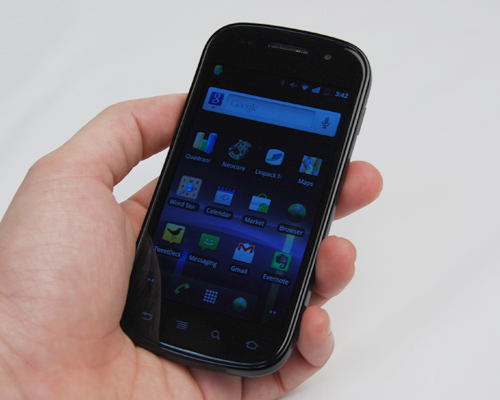 Do not mistake the Nexus S as a direct clone of the Galaxy S, because there are some minute differences involved. One of the more obvious changes can be seen on the crown, which is now smooth and lacks any 3.5mm or microUSB ports. It has instead been shifted to the bottom, and the microUSB port lacks a slider cover to protect it like the Galaxy S did. 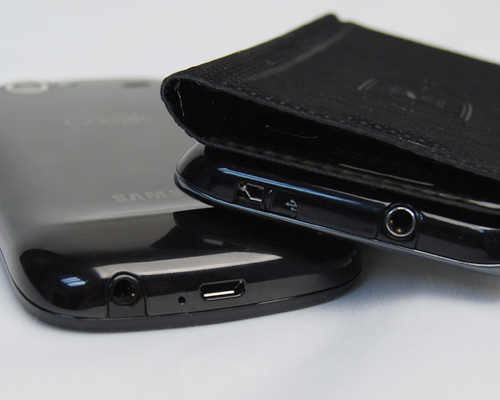 The glossy nature of the Galaxy S makes a return on the Nexus S. As such, fingerprint smudges will be a familiar sight across the device, made more prominent at the back. Removing the casing to reveal the battery is easily achieved once your fingers get a grip and hook onto the groove at the top to pry it open. Once we did, the noticeable missing element here is a microSD card slot. Fret not, because the Nexus S still comes with 16GB of internal storage, which should suffice to store your apps. 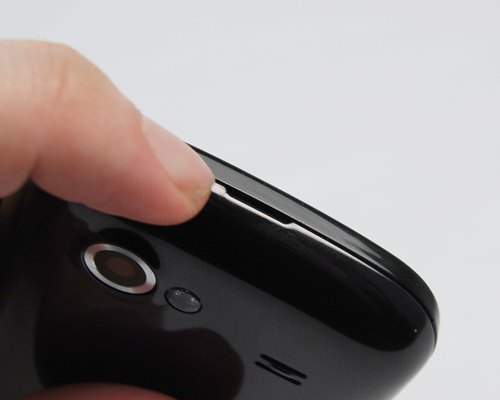 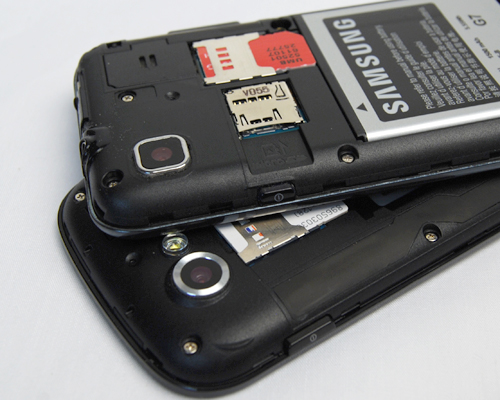 And that wraps up the aesthetic portion of the Nexus S. Given how similar it looks and feels against the Galaxy S, the burning question is – why not just purchase the Galaxy S? This is aptly answered with what you'll find underneath the device - Google Android 2.3 operating system. The details of this upgraded mobile OS can be found in the following Features page.