Since the earlier part of this year, Samsung has been bombarding us with various Android-based tablet devices in different display sizes. As if the Korean giant was either testing the waters to find out which is the most ideal display size for tablets or making a shotgun assault to target different consumer types, Samsung has a 4-, 5-, 7-, 8.9-, and a 10.1-inch model under its belt. However, it should be noted that Samsung kicked off its Galaxy Tab lineup with a 7 incher, the P1000, last year. More than a year after its introduction, it looks like Samsung will be concluding 2011 with a 7 incher as well, in the form of the P6200 Galaxy Tab 7.0 Plus. 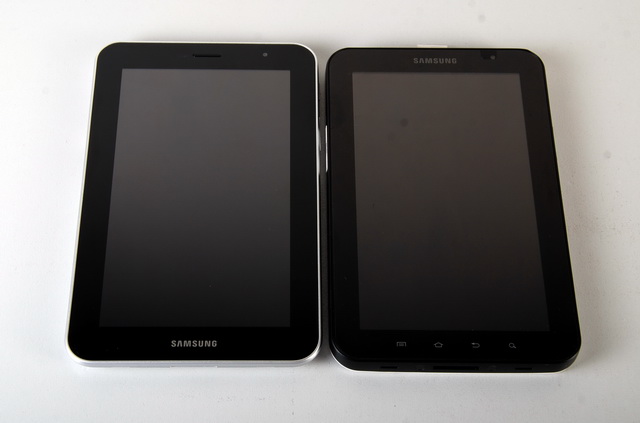 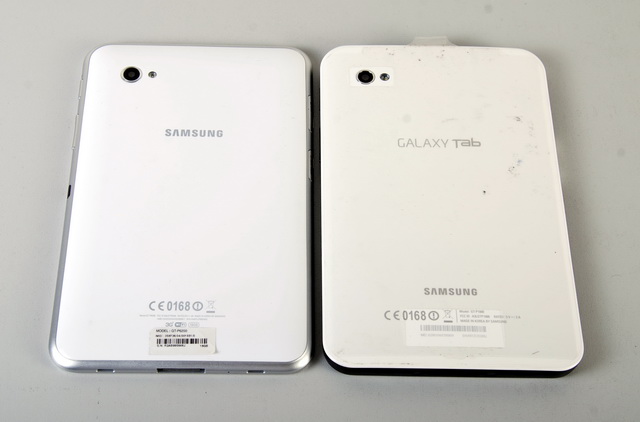 Like the first Galaxy Tab, the P6200 is an Android-based tablet that has phone capabilities. You can make calls and send SMS with the P6200. Although the two have the same screen size, they vary in terms of dimensions. The P6200 is a bit larger than the P1000, but slimmer and lighter. While the P6200 maintains the same display resolution of 600 x 1024, it employs a PLS-LCD which stands between the regular TFT-LCD standard and Samsung’s cutting-edge Super AMOLED Plus. The P1000 uses a TFT-LCD screen. Putting the two tablets side by side, it appears that PLS-LCD shows deeper color saturation than TFT-LCD. Nevertheless, the latter has a little edge over the former in terms of sunlight legibility. 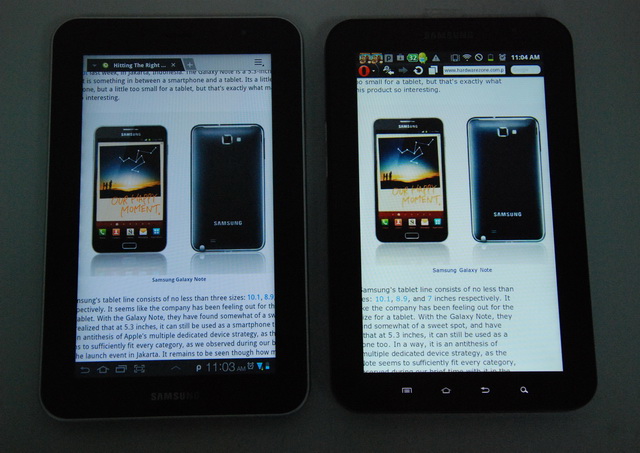 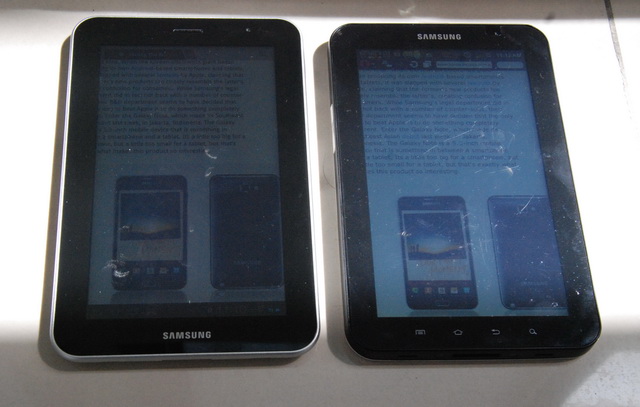 In the case of the P6200, Samsung has physically omitted the capacitive icons that are present in front of the P1000. Apart from the change in the placement of the “Samsung” logo, the P6200 keeps the original position of the front-facing camera but comes with a higher megapixel rating (2-megapixel against 1.3-megapixel). Nonetheless, both Galaxy Tabs have a 3.15-megapixel autofocus main camera coupled with LED flash. Samsung has evenly distributed the P6200’s buttons and slots on its sides, unlike in the case of the P1000 where nearly everything is accessible on the right side. Similar to the P1000, the P6200’s 3.5mm audio jack and the customized USB connector (flanked by speaker grilles) are placed on top and bottom sides, respectively.