If there is another thing that owners of the P1000 should be excited about the P6200 is its adoption of Android 3.2 or Honeycomb OS. Enhanced by Samsung’s very own TouchWiz UX interface, the P6200 has a responsive software environment, thanks to its more powerful hardware running on a dual-core 1.2GHz processor coupled with 1GB RAM. 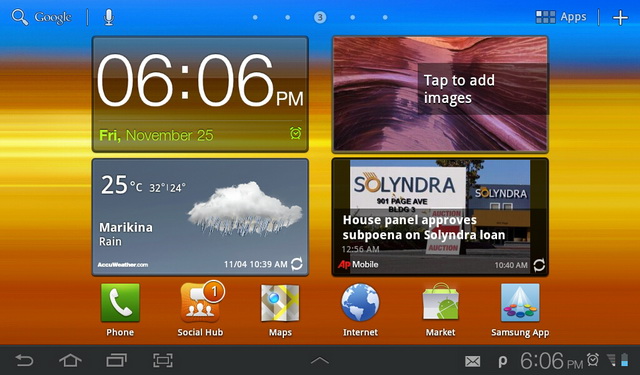 Booting up the P6200, you will be greeted by a lockscreen which can be swiped away to any direction while holding the lock icon on the screen. Equipped with an accelerator within, the P6200’s orientation can easily switch from portrait to landscape and vice versa. Information shown on the lockscreen includes time and date. 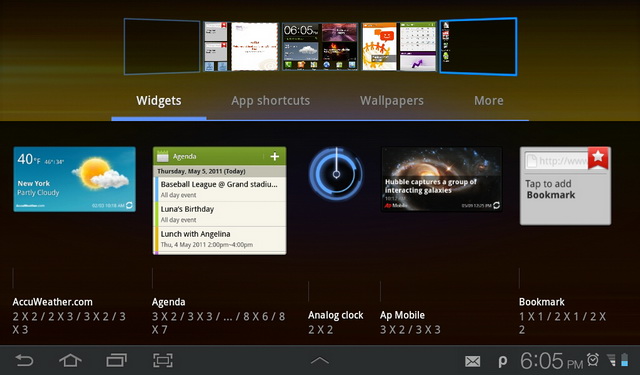 We’ve mentioned that Samsung has omitted the capacitive icons below the screen. For the P6200, the Back, Home, and Menu shortcuts are now integrated to the OS. Additionally, there is also a shortcut for selecting recently-accessed applications. Google’s Search and the shortcut leading to the application cabinet are situated on top of the homescreen.

Out of the box, the P6200 presents a set of five homescreens and two windows of applications. An application, folder, shortcut, or a widget can be edited or removed by doing a press and hold gesture on it. One interface layout that is prominent in several utilities and applications of the P6200 shows two layers of options simultaneously. The first layer is shown on the left where main options reside, whereas the second layer on the right contains sub-options. This particular layout can be seen on Contacts, Messaging, My Files, Polaris Office, Settings, Songs, and Task Manager. 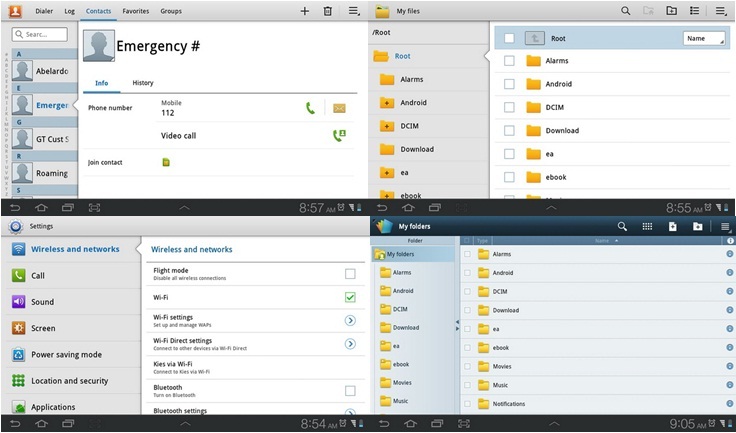 Given the 7-inch display, the P6200’s virtual keyboard is convenient to use. Because of the faster processor and optimized Honeycomb environment, websites and maps load quickly on the P6200. It can play full HD videos (1920 x 1080) with no hint of stuttering. The default video player has a built-in outdoor visibility enhancement feature and can recognize file types like AVI and MP4. If the video is unrecognized, the P6200 will offer you an option to convert it. In any case, you are free to download a third-party video player from the Android Market. 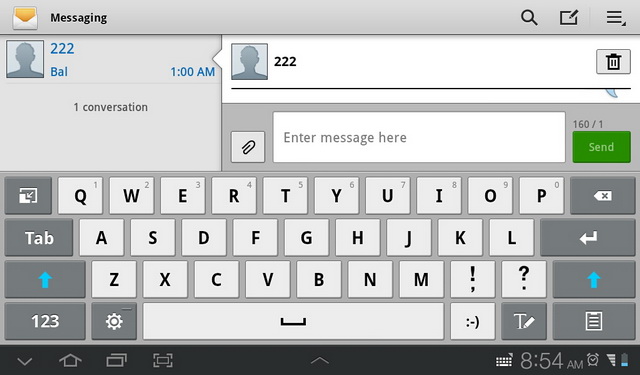