As expected, the IronWolf 10TB emerged as the fastest HDD in the lot. It consistently topped in all of our benchmarks, namely Anvil's Storage Utilities, AS SSD Benchmark, and CrystalDiskMark. While the results do not really look impressive compared to those of a solid state drive (SSD), you have to remember that the IronWolf 10TB is, first, an HDD, and second, it is made for consistent and reliable performance, so speedy transfers and high IOPS are not really a priority. The same goes with the case of the WD Purple 1TB which is meant for surveillance purposes. Noticeably, in spite of having a slower spindle speed, the Purple 1TB managed to outdo the BarraCuda 2TB in most of the charts. 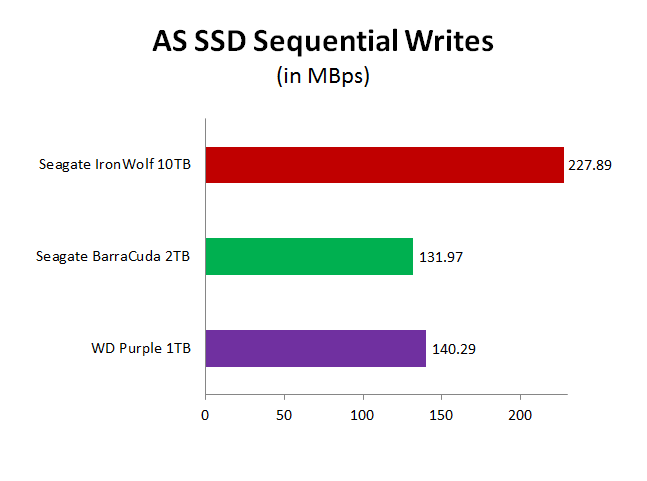 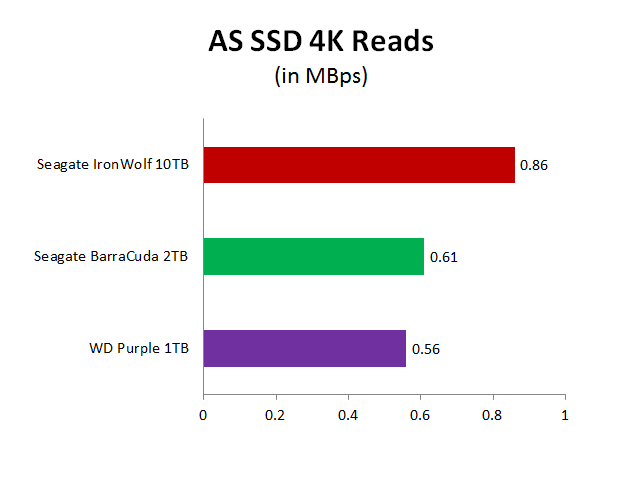 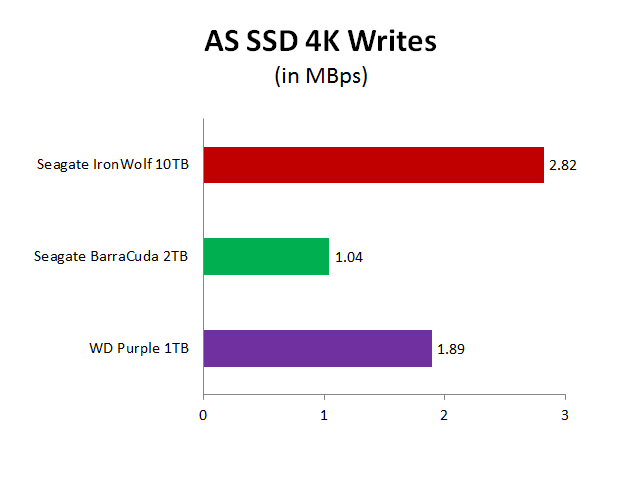 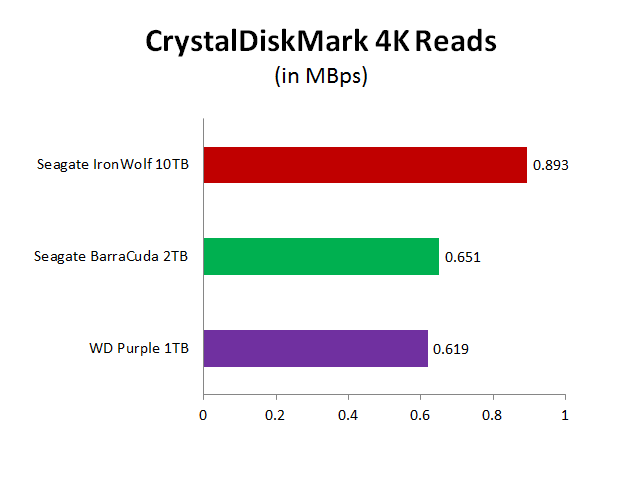 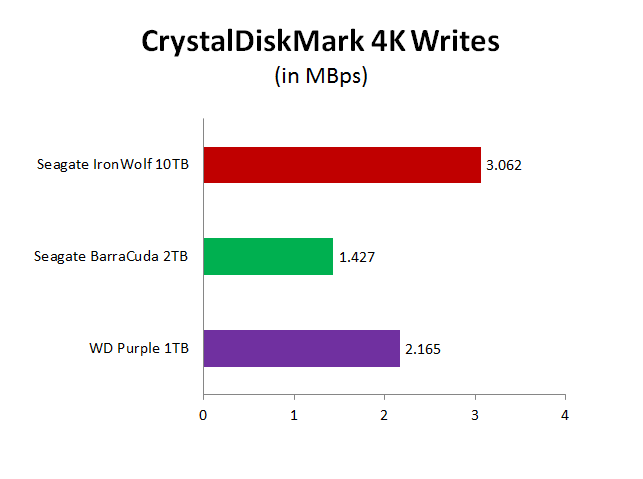 Now let us proceed to the NAS test. In this case, we decided to limit the test to the Seagate IronWolf 10TB and the WD Purple 1TB as these two HDDs are really made for NAS devices. The BarraCuda 2TB is meant for desktop PCs. Looking at the results, the numbers we yielded are much lower than those that we got in the desktop test. Data transfer speed in a NAS setup is limited by the Ethernet port's capacity as well as the speed of the NAS appliance. Still, although the difference is very little, the IronWolf 10TB is faster than the Purple 1TB, whether on the Asustor AS3104T or the Synology DS918+. In addition, we're happy to report that during the tests, both drives were whisper quiet. 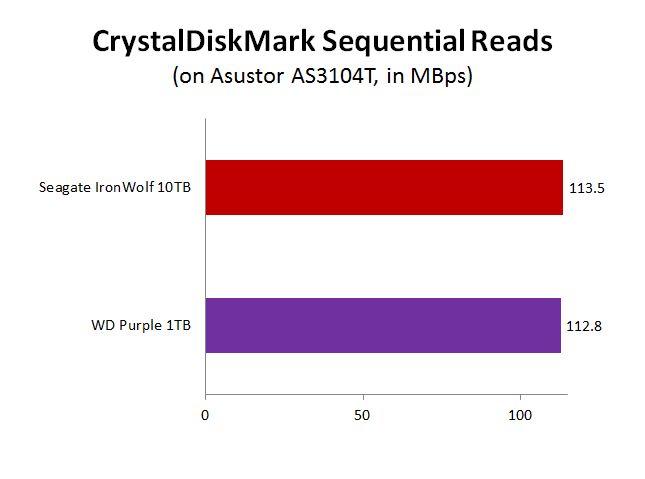 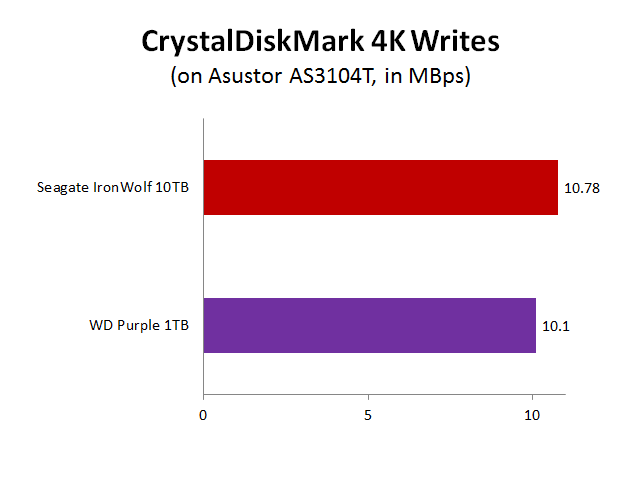 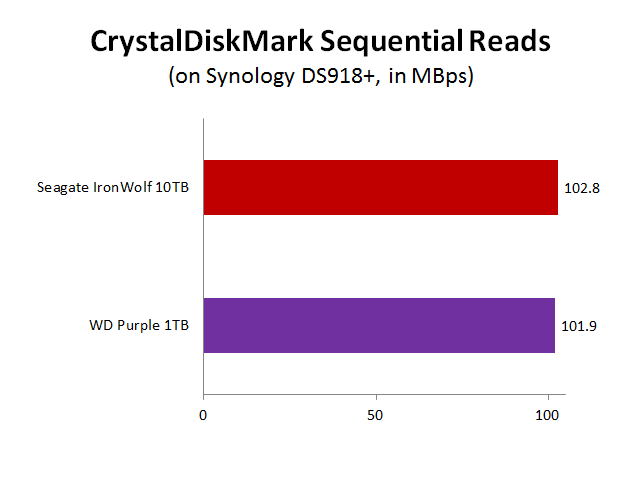 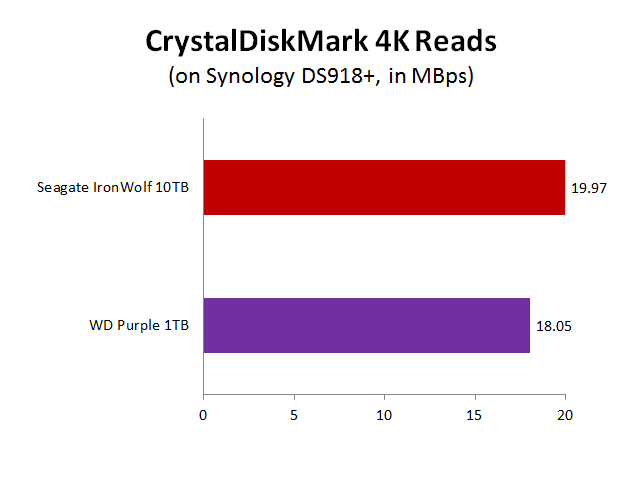 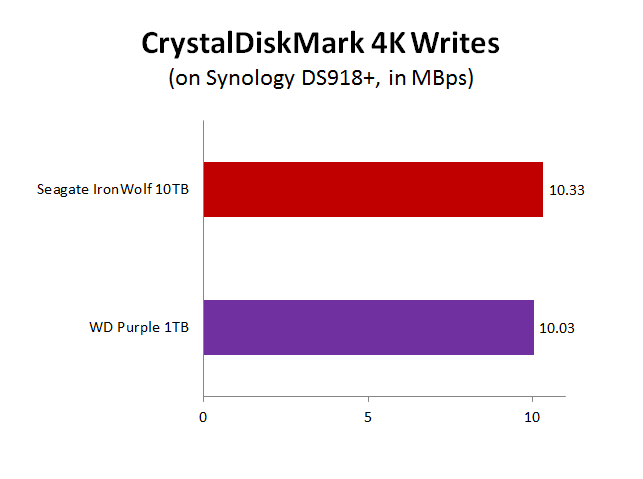 While it is easy to purchase a hard drive for a NAS, there are other factors that determine if that HDD will continue to perform two years down the road. It's also uncertain if your data would remain intact in that HDD. With the Seagate IronWolf and IronWolf Pro, however, it's pretty much a worry-free affair. It's optimized for a RAID configuration in a multi-bay NAS system, has very little vibration when active, and most importantly, comes with a two-year Seagate 'Rescue' data recovery service. There's also a five-year limited warranty for additional peace of mind.

The transfer rates could be faster, but the fact remains that this drive is not made for speedy performance. Instead, it's made to offer stable, reliable performance. If you're looking for a HDD for your NAS in a commercial business or enterprise environment, this drive will serve you well.