Sony NEX-6 - The Sibling in Between 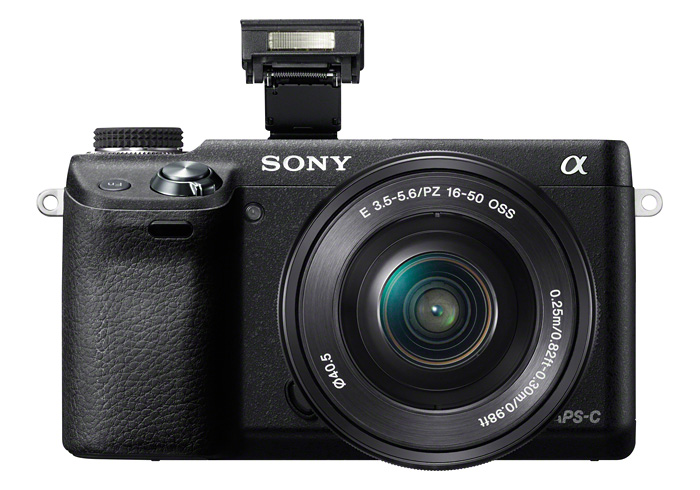 Introduced late last year, the Sony Alpha NEX-6 sits somewhere in-between the series' flagship NEX-7 and the NEX-5R, in terms of handling, performance and, of course, price. You could say it's a matter of Sony trying to fit every market segment with a product, or you could also say that the NEX-6 is Sony's way of appealing to an enthusiast photographer who likes the NEX-7 but doesn't want to drop PhP 54,999 for one (body alone, no lens). Take a quick look at the differences between the three cameras:-

The NEX-6 is a pleasant camera to use, a cross somewhere between a prosumer and a consumer camera. The camera borrows key ideas from the NEX-7's 'TriNavi' system of controls, with a single - not twin - control dial and two soft keys, which switch function based on which menu the user is currently in.

The NEX-6 is comfortable to hold; the protruded front grip provides a firm hold on the camera, and your forefinger is poised to switch on the camera and shoot in one smooth motion. The back thumb-rest helps completes the grip and the movie Record button, like on the NEX-7, sits on a raised segment, away from the rest enough to prevent accidental pressing, but close enough to be convenient. 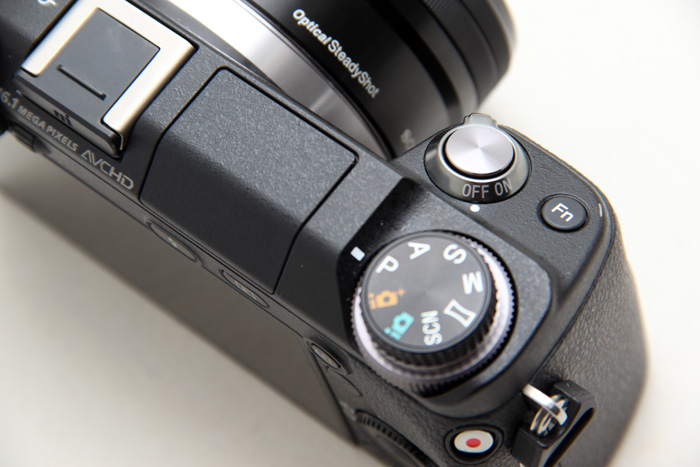 The electronic viewfinder (EVF) on the top left of the camera is surprisingly comfortable, despite its seemingly small size. It's an XGA OLED finder with a rich 2,359K-dot resolution and images appear crisply with smooth animation. The one complaint we had with it, and this is a problem with the LCD monitor as well, is that live view appears with vibrant colors which are more saturated than the photographed image. 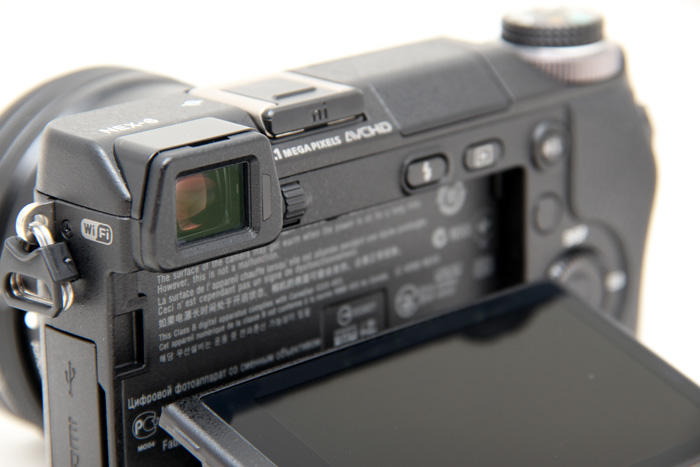 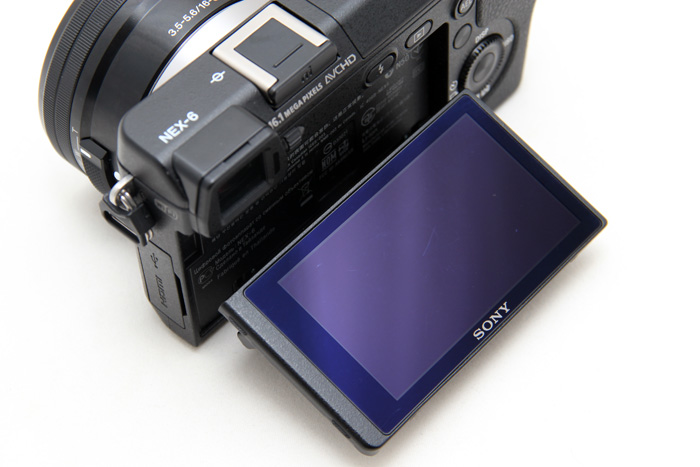 The NEX-6 comes with a control dial, sitting below the Mode dial. It looks somewhat awkward, but turns out to be easy to get used to. The scroll wheel on the back acts as the secondary control dial. It works well, not as well as the NEX-7's unique TriNavi design, but it does let you change settings quite easily. 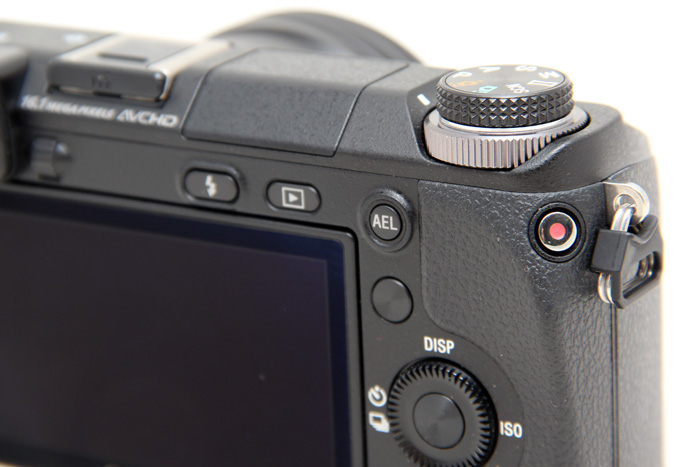 The NEX-6 comes with the 16-50mm lens (24-75mm in 35mm equivalent) with power zoom. The lens collapses into itself for storage, which slims down the already impressively slim profile of the NEX-6. It's not a particularly fast lens, with a maximum aperture of f/3.5 at the wide end and f/5.6 at the longest end, but the focal length is comfortable especially for those who've used the 24-70mm lenses on DSLR cameras.

We didn't expect to like the lens after our experience with the similar power zoom lens on the Panasonic Lumix GF5, but we actually did. Perhaps because the lens gives you two ways to zoom, one using the slower zoom toggle, the other using the ring around the lens which responds more quickly. When switched to manual focus, the lens ring converts to fly-by-wire manual focusing control (by the way, manual focusing on the NEX-6, like on previous NEX cameras, is easy thanks to the focus peaking feature). 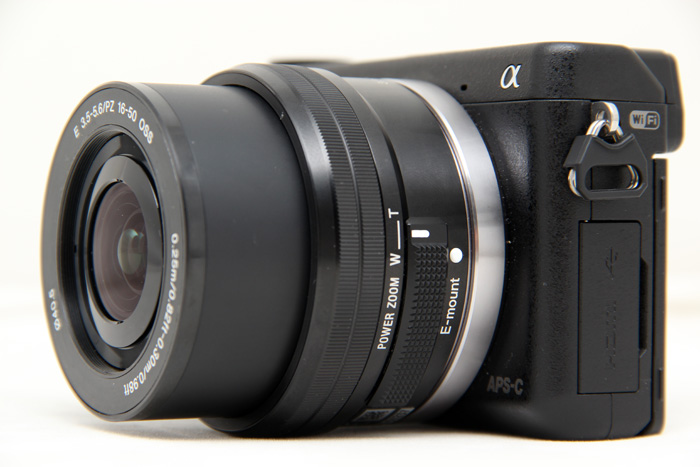 The NEX-6 suffers from some odd interface design. The Menu is still divided into six parts, one of which you have to select before you can go into the proper menus - it's a step less elegant than say, Canon's DSLR camera interface, which lets you use the control dial to switch between different menus. While in Program mode, neither the control dial nor the scroll wheel offer exposure compensation, instead the camera gives you temporary control over aperture - which defeats the point of being in P mode really. You'll have to press down on the d-pad before you can get into the exposure compensation menu, which adds an extra unnecessary step to the shooting process. 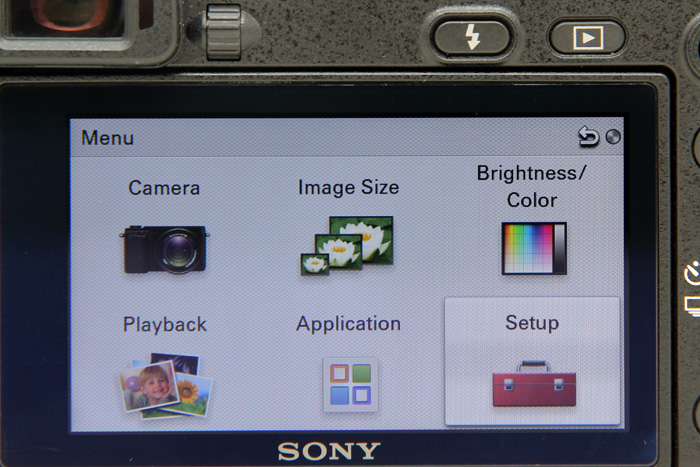 The Function button beside the shutter release works a little differently than a standard Fn button. Instead of being beholden to one customized setting, pressing the button brings up a custom menu of up to six different settings. In that sense, it's not quite a Fn button but more like a Quick Menu button, but the end effect is the same: You get to your essential settings quickly.

Overall, the plus points win over the negative ones. Shooting with the NEX-6 is a fun experience, and little areas are well thought-out, like how you can keep switching Flexible Spot AF points by pressing the soft key below the d-pad. The camera doesn't open up its settings as readily as the NEX-7, but experienced users will probably still find it quite a convenient camera to shoot with - it's rather like the NEX-7 handles like a full-frame DSLR, while the NEX-6 handles like an APS-C DSLR camera.

Before closing this section, we need to mention once more our favorite feature on the NEX-6 interface (and indeed on all NEX cameras): The percentage battery indicator. In the year 2013, we can't imagine why camera makers are still using those inaccurate battery icons which don't tell you all that much about how much battery life you have left. Kudos to Sony for this little, but vitally important feature - and if any other camera makers are reading this, please add this in as well. 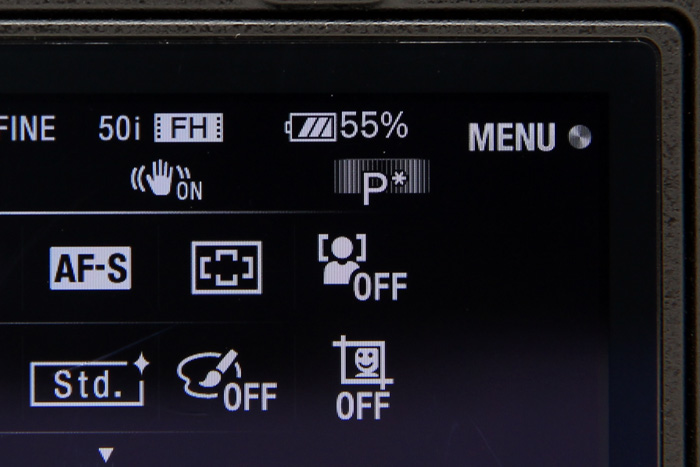