The Sony Xperia Tablet Z is one of the first tablets on the market to use Qualcomm’s 1.5GHz quad-core Snapdragon S4 Pro processor with 2GB of RAM making it one of the more powerful tablets currently available.

We will be pitting the Tablet Z up against a few of the most popular 10-inch choices out there, including Apple's iPad (4th Gen), Samsung's Galaxy Note 10.1, and Toshiba's Regza Tablet AT300. We'll also see how it fares against Sony's previous tablet, the Xperia Tablet S.

The following benchmarks were used for raw performance evaluation:

Quadrant evaluates a device's CPU, memory, I/O and 3D graphics performance. The Xperia Tablet Z got off to a great start here, massively outperforming the rest of the field, outscoring Samsung's Galaxy Note 10.1 by a huge 45%.

Smartbench 2012 is a multi-core friendly benchmark application that includes both the Productivity and Gaming indices. Surprisingly, while the Xperia Tablet Z once again led the competition on the Productivity test, it was the worst when it came to Gaming. 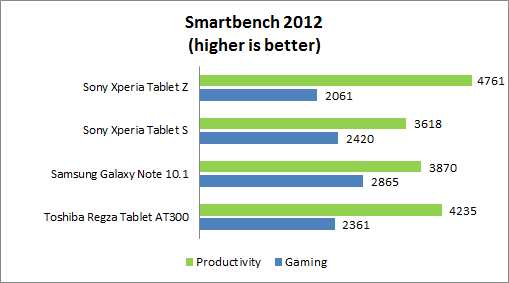 SunSpider Javascript measures the browsing performance of a device. It not only takes into consideration the underlying hardware performance, but also assesses how optimized a particular platform is at delivering a high-speed web browsing experience. The Xperia Tablet Z performed quite badly in this test, and was outclassed by every other tablet, including the older Xperia Tablet S.

Having said that, in our actual usage with the Xperia Tablet Z, we didn't encounter any problems or sluggishness, and web browsing was responsive and fast.

As previously mentioned, the Xperia Tablet Z uses a 1920 x 1200 pixel LCD display with a pixel density of 224 ppi. Contrast was good, and colors were vivid and bright, but tended slightly towards warm. Viewing angles were not fantastic, but significantly better than those on the Xperia Z smartphone.

With a pixel density of 224 ppi, sharpness is more than sufficient. When scrutinized very closely next to Apple's iPad (4th Gen) (264 ppi), you may notice the Xperia Tablet Z to be slightly inferior, however, in general usage, the difference is negligible. 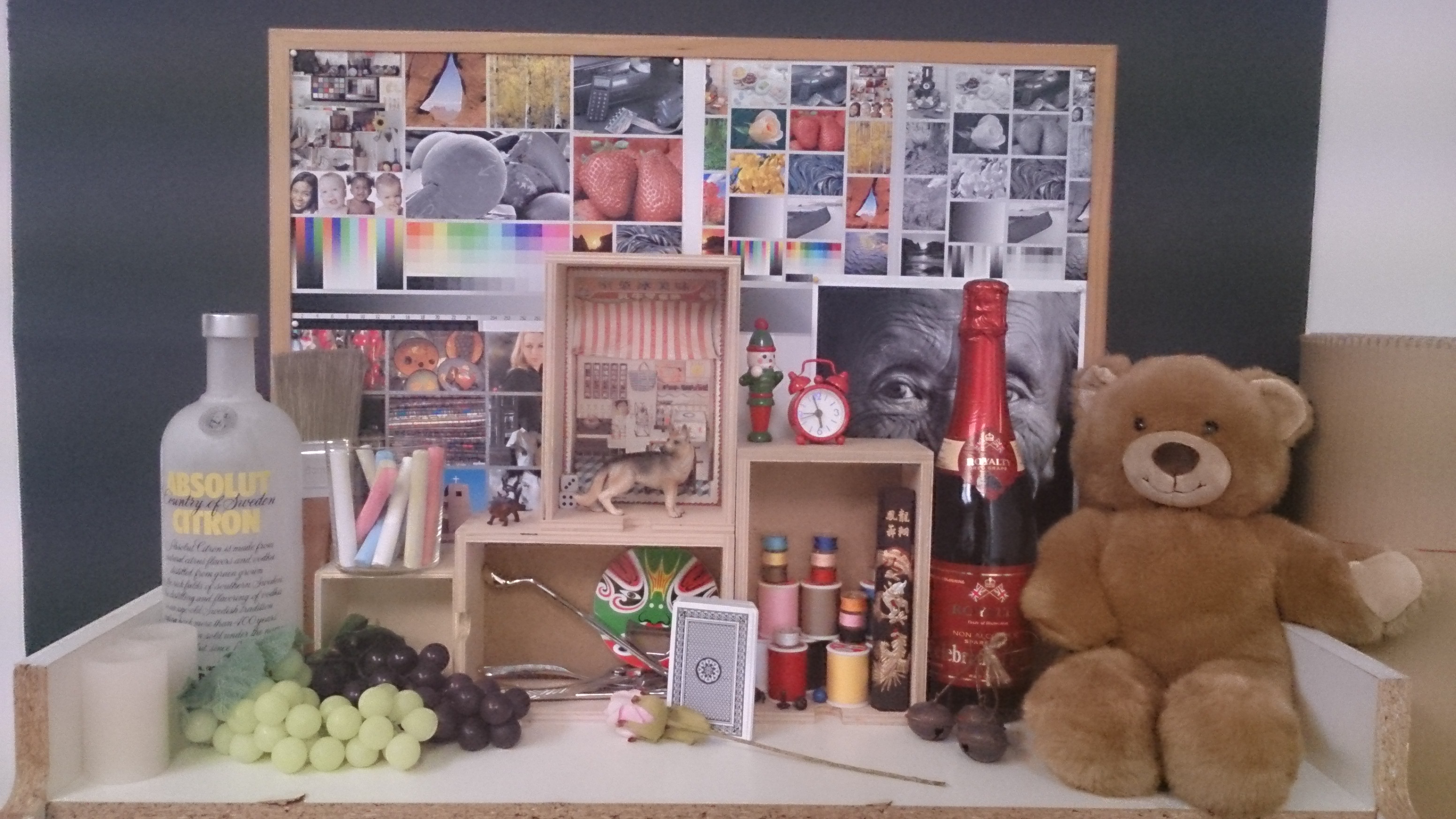 The last benchmark is the battery performance section, where we will evaluate the Xperia Tablet Z through our standard battery test which includes:

Battery life on the Xperia Tablet Z was quite poor, lasting just 4 hours and 5 minutes, much less than Sony's previous effort, the Xperia Tablet S, which lasted over 6 hours. Having said that, this wasn't entirely unexpected, as the Xperia Tablet Z has the lowest battery capacity out of all of our 10-inch tablets (the Xperia Tablet S also has a 6000mAh battery, but has much better power consumption due to its smaller and lower resolution screen and weaker processor).

Power consumption on the Xperia Tablet Z was higher than its predecessor due to its fairly bright 1920 x 1200 pixel resolution display and powerful Qualcomm Snapdragon S4 Pro quad-core 1.5GHz processor. Comparatively, the fourth generation Apple iPad raked in even higher power consumption but was suitably compensated by a much higher capacity battery pack. As such, the power consumption is actually in-line with the device's capabilities and Sony had to make-do with lower battery life as a trade off to its extremely slim and lightweight design. Do those characteristics pay off? We tell you in the following section on portability.

We measure the portability of a device by calculating its battery life to (weight x volume) ratio. Despite its rather lacking battery life, the Xperia Tablet Z is saved thanks to its ultra-thin form factor and very light weight, which gives it an excellent portability score - which ranked even better than the Apple iPad (4th Gen.).

In our daily experience with the Xperia Tablet Z, we certainly appreciated its thin build and light weight, making it very easy to hold onto one-handed while on a busy commuter train. We would go as far as to say that the extremely light weight of the device even felt liberating compared to handling other tablets of this form factor. 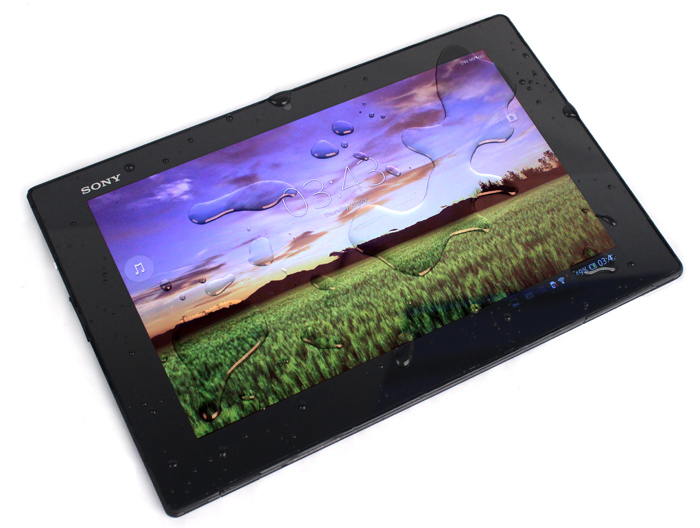 The Xperia Tablet Z is certainly Sony's best tablet to date, and arguably could be in the running for best Android tablet yet. We loved the lightweight, ultra thin, minimalist form factor, and the display, while not the absolute best out there, boasts excellent image quality too.

Pricing on the Xperia Tablet Z is quite competitive, especially for the 16GB Wi-Fi model, which is just PhP 27,500. Incredibly, Sony is charging PhP 35,990 for the 16GB 4G LTE model that's reviewed here, so we don't recommend this version.

Still, a few things keep the Xperia Tablet Z from attaining a higher score. Audio quality, even by the low standards of tablet audio, was quite poor, which wasn't helped by the unfortunate placement of the speakers right where most people are likely to hold the tablet. Image quality from the camera was also not the best, and the lack of an LED flash makes the camera unusable in low light conditions.

Even if we overlook its camera limitation, test performance wasn't outstanding either. The Xperia Tablet Z didn't really live up to the potential of its Qualcomm Snapdragon S4 Pro quad-core 1.5GHz processor, which might suggest that Sony hasn't done a great job optimizing the tablet - although future software updates could change this.

Finally, battery life was very poor compared to other 10-inch tablets. For a device with portability in mind, having it die on you halfway through the day is obviously a big drawback.

Still, Sony should be commended for offering a unique proposition in a sea of generic Android tablets - making a device that is ultra thin AND waterproof is no small feat, and if either of those qualities are important to you, there's really no better choice than the Xperia Tablet Z. You just have to face the fact that you can't have both of them and expect double the battery life too - at least not at this point in time.