With the popularity of touchscreen smartphones, the Starmobile FeatureSmart T601i is another player that gives avid users another option for a small, sleek, and well-built handheld device. The Starmobile T601i comes in a small package with dual-SIM capability and offers features that you can find on high-end smartphones. 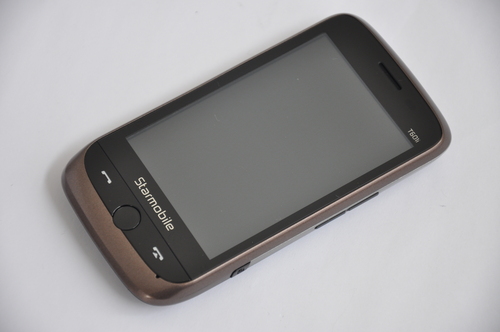 The T601i offers five home screens. Though it’s not an Android phone, you can add widgets on any of these five home screens depending on your needs. But the widgets are quite limited for this phone. It has four Analog widgets, Calendar, Digital Clock, FM Radio, Picture Gallery, Music Player, and VIP Contacts.

Although the T601i's software interface looks like Android, its operating system is actually based on Java platform. Considering the maturity of Java, users should be able to find a lot of applications and games compatible with this handset. In our experience, we have found several Java games (in .jar file format) on the Internet that can run on the handset. The games that we got such as Alpha Wing 2, Baldur's Gate, and Doom RPG are 7-8 year old titles. Overall, do not expect the T601i to be as stellar as an Android handset in the gaming department. 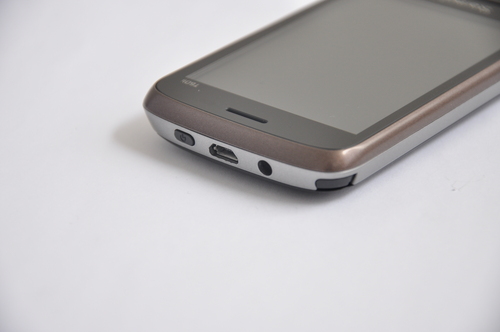 The main home screen of the T601i has four shortcut keys but only the first three can be customized. The Home shortcut key is permanent and the three customizable shortcut keys are Dialer, Messaging, and Lock by default. When you lock the phone, it shows three keys. The left key brings you to the Dialpad. The middle key is the unlock button. And the right key is a shortcut to the message interface. If the phone is locked and you are using the music player, you can simply press the circular home button twice to launch the music player controls. 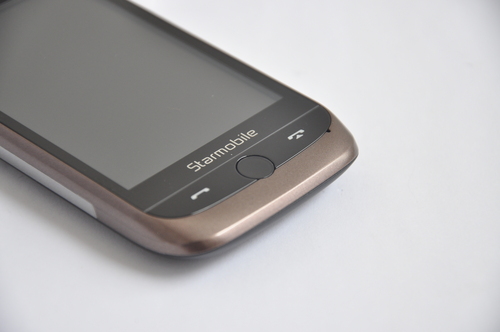 The T601i is a good entry-level phone that comes with a smooth, glossy screen and responsive touchscreen display that can be compared at par with high-end smartphones. Typing on it is relatively easy. The keys are well-spaced from one another such that it minimizes the problem of pressing the wrong key while typing. The only problem is, if you accidentally press on the backspace button for a couple of seconds, it deletes the entire message completely. 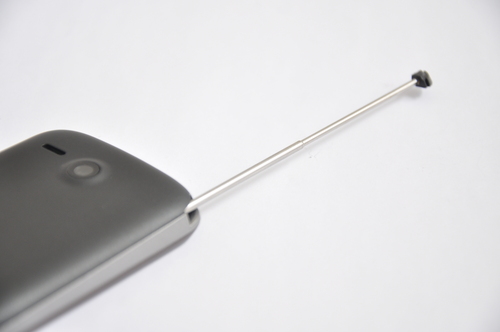 The T601i sports an antenna that allows you to use the device as a portable television. The antenna is capable of retrieving signal from nearby local networks. This feature is usually difficult to find even on high-end smartphones. Simply pull out the antenna, open the television app, scan the channels, and you are good to go. 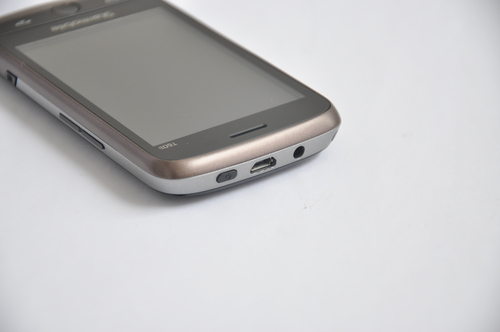 The display outputs video quality depending on the signal quality received by the device. Make sure to find a good spot for good signal. There is an option to rotate the display so you can watch on full screen mode. The audio quality of the T601i is good and the volume level is phenomenal. Watching TV on it even on the lowest volume can be enough for you to hear and understand the show. 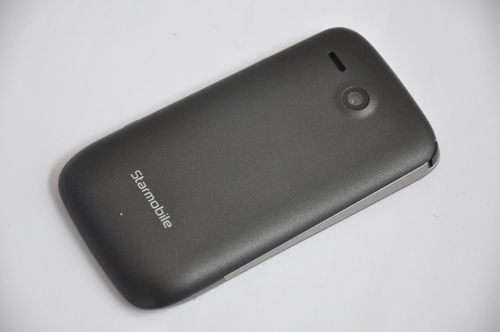 The T601i sports a 3.2-megapixel rear camera but lacks a front camera. It can take pictures using different modes such as Continuous Shot, Normal, Burst Shot Selection, Smile Shot, and Framed Shot. It allows you to adjust the white balance and offers several filter effects as you take the shot. It has a built-in timer with options of 5, 10, or 15 seconds. The issue with its camera is that it only takes images on landscape orientation. If you take a portrait shot, you need to rotate the image to get the right orientation. The T601i can take basic videos. Videos can be recorded on auto or night mode. Similar to the imaging features, you can also adjust the white balance and add filter effects on your videos. Images and videos taken can be saved on its expandable memory through a microSD card. 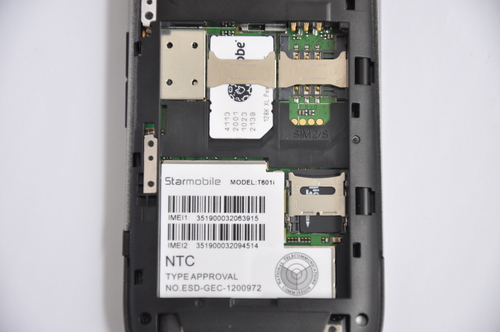 The T601i has a WLAN Manager that allows you to manage your connections easily. The device can connect quickly to an available Wi-Fi hotspot. With Opera Mobile as its browser, we noticed that the Internet surfing experience with the T601i was slower when compared with that of an entry-level Android handset. Since multitouch is not supported, sections of a webpage can be magnified by tapping them twice. 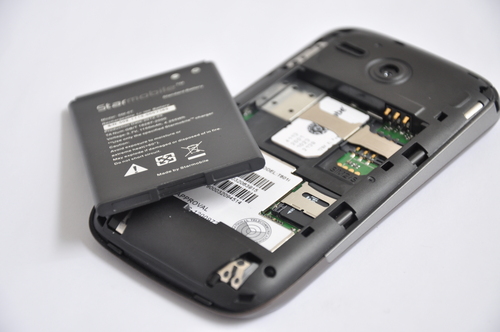 A Quick Look Back

The Starmobile FeatureSmart T601i has dual-SIM capability, responsive display, good features, and its imaging capabilities are acceptable enough to allow you to capture good memories. It has a music player and a portable TV feature for entertainment. It can connect easily to Wi-Fi hotspot. If you are on the lookout for a decent smartphone for a budget price then the Starmobile T601i can be a reasonable choice. The T601i retails for the price of PhP 3,290.