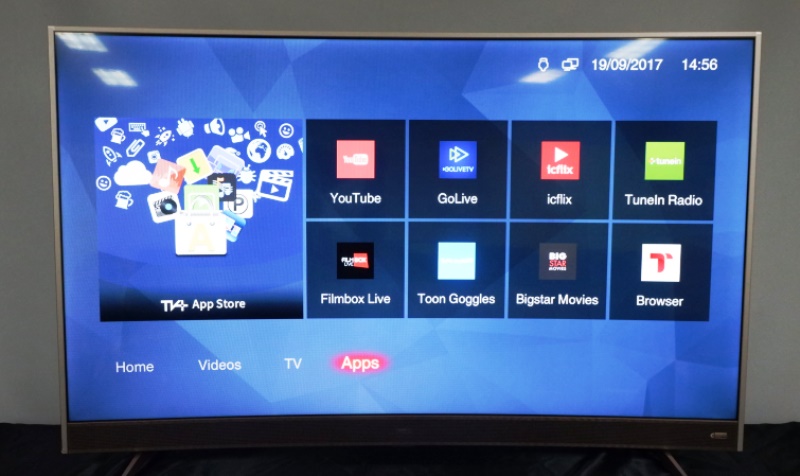 The TCL P3 can be an instant runaway winner for a budget-conscious consumer. It may look like a typical slim-type, premium television that boasts a set of features that makes it an instant getaway to the whole wide world of escapism as it also comes with a remote button that provides a dedicated access to the popular Netflix service.

This 49-inch TCL P3 provides a remarkable viewing experience with its 400R curved screen that offers up to 4K screen resolution and wide-angle viewing with Natural Light Engine 2.0 which helps in reducing eye strain, something which I can really attest after spending a few hours with the television.

However, one thing I actually noticed is the differences among the built-in picture modes. Comparing the picture modes require a look at their configurations to actually see the difference. In the movie mode for example, despite having a dominated-cool image quality and has shown the very obvious difference between them all, has not been a pain in the eye for quite some time.

Auditory-wise, its front-running speakers powered by Dolby Audio is one huge reliable thing, especially with the TV’s Smart Volume feature which helps you spare from the unwanted sound fluctuations. Though the downside is when that loud and explosive auditory part dwindled while you’re watching a show. But still, a dependable one, considering the detailed and realistic surrounding sound that compliments the TV very well.

But apart from offering Netflix and YouTube apps, the TCL P3 is the home to almost 300 apps catering to anyone who’s in need of social media, gaming, and video-on-demand fix. Streaming through the apps and video quality of the clips will be depending on the Internet connection you have, though. And truth be told: only two apps really mattered the most in this field, unless you are willing to experiment enough to explore the entire library of programs. Certainly, it helped that the TCL P3 is equipped with a quad-core A7 processor and a dual-core Mali-450 MP2 GPU for a seamless browsing.

The TCL P3 has two USB ports, three HDMI ports, a LAN port, legacy ports for terrestrial TV and AV, and one for the optical out. Video format, however, is another thing and users must meet the required video codecs for one to fully enjoy.

While this may not be the best premium television in town, the TCL P3 can give you a run for your money. For barely PhP 35,595, this 49-inch curved TV can turn your living room into a home theater without the need of luxury spending.