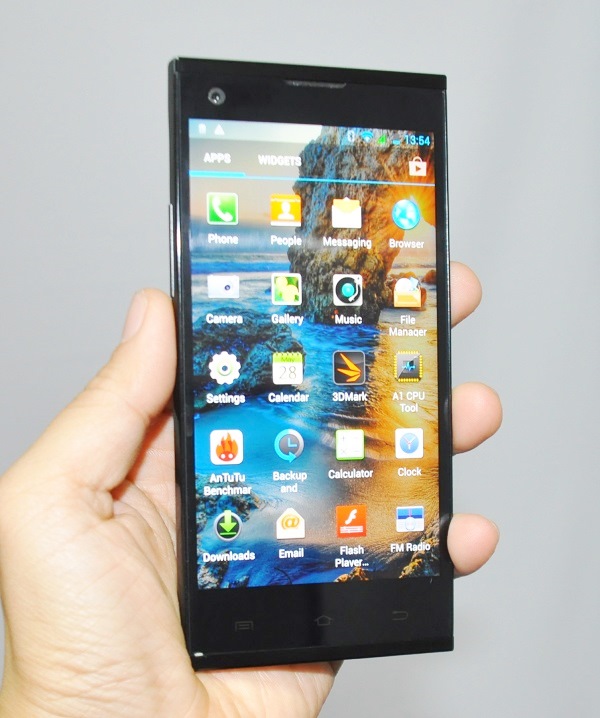 There was a time when smartphones coming from China were looked down upon and considered as copycats of Apple’s iPhone and Samsung’s flagship handsets. But riding on the waves of success that Google’s Android operating system is currently enjoying, China-branded smartphones are now gaining increasing recognition from many consumers. There is Xiaomi which has been identified by observers as a threat to giants Apple and Samsung. Oppo officially launched in the Philippine market last month, expanding its presence in the Southeast Asian region. Gionee has been actively introducing new smartphone models since last year. And there is also ThL which is one of the first companies to bring an octa-core smartphone to the Philippines. 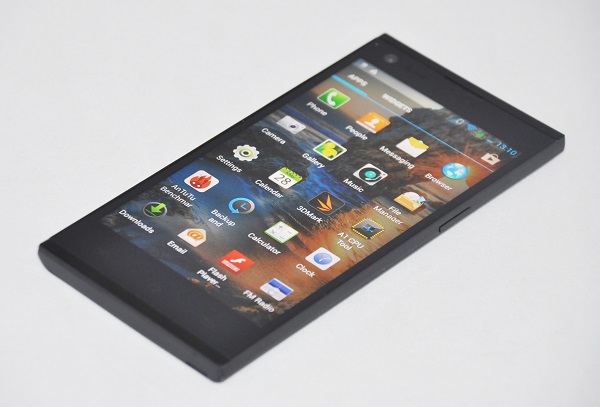 ThL stands for Technology Happy Life and its local distributor, NOVO7Tech, “soft launched” the T100 Monkey King II some time in December last year. Hence, the T100 is one of the first octa-core smartphones that reached the Philippine soil, preceding the octa-core offerings from local brands such as the Cherry Mobile Cosmos Z2 and the Starmobile Diamond X1, both of which surfaced in Q1 2014. Like the two smartphone models that were mentioned, the T100 is also powered by MediaTek’s MT6592 octa-core chip.

One of the first things that we noticed about the T100 is its neat design. Looking straight to its fascia, it is perfectly rectangular in shape, does not have mechanical buttons on the front, and is punctuated only by the front-facing camera and the speaker grille above the display. Instead of mechanical buttons, the T100 comes with three capacitive buttons (Menu, Home, and Back) below the screen that light up when being touched. 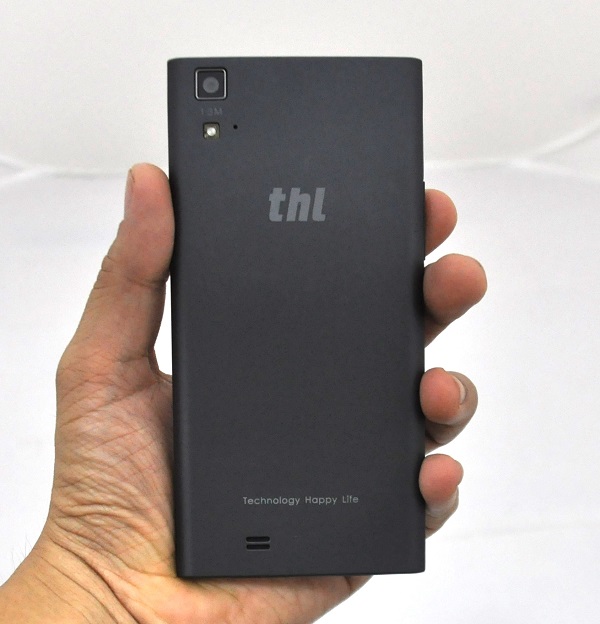 The T100 sports a 5-inch touchscreen with Full HD (1920 x 1080) resolution. The images rendered on the T100’s IPS display look clear and vivid as if you were looking at a Samsung AMOLED display. Under bright sunlight, the display may appear washed out due to glare, but content rendered remain legible. While other 5-inch smartphones are wide, the T100 looks long and feels slim in hand. What further enhance the experience of handling the T100 are its subtly curved left and right sides, and the matte texture of its dark gray back cover. Speaking of the back cover, it can be removed more easily compared to other smartphones that we tried before. Removing it, the T100 reveals its slots for microSD and SIM (one regular and one micro SIM). 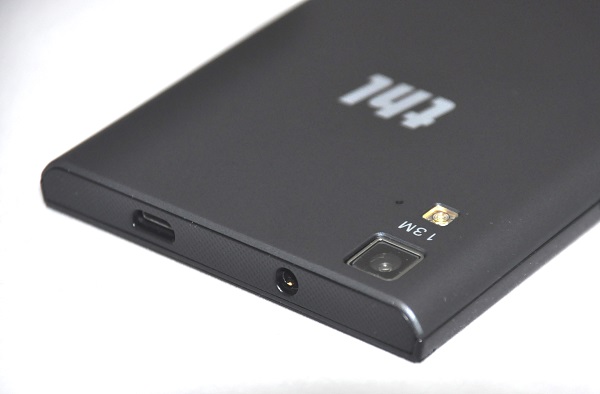 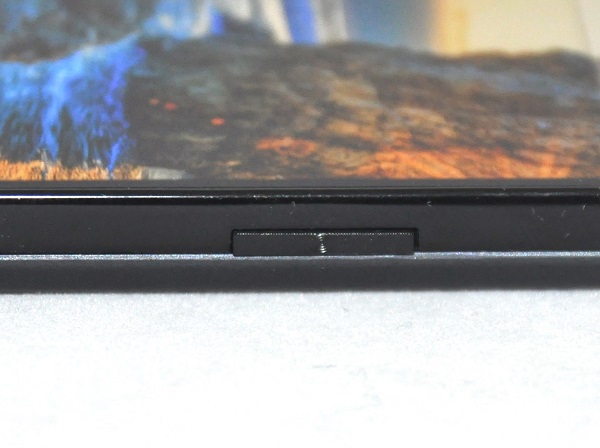 The top and bottom sides of the T100 have a netted texture. The top side hosts the device’s 3.5mm audio port and micro-USB connector, whereas the left and right sides host the power button and volume rocker. One’s grip on these switches is enhanced, thanks to their concentric texture.