Two Drives in One

Falling prices of flash memory have made SSDs increasingly affordable. Right now, if you want the most bang for buck in terms of system upgrades, going from an hard disk drive to an SSD will net the most appreciable rewards - booting times will be dramatically reduce and applications will launch almost instantly.

However, despite falling prices, SSDs still cost substantially more than traditional mechanical hard disk drives. To give an example, a regular 2.5-inch 1TB hard disk drive will cost around S$110 (PhP 3,910) whereas an SSD of similar capacity will set you back at least S$800 (PhP 28,422).

This is a problem for notebooks who want to upgrade their storage because notebooks typically only have a single 2.5-inch drive bay, and that means users must choose between performance (SSD) or capacity (HDD). 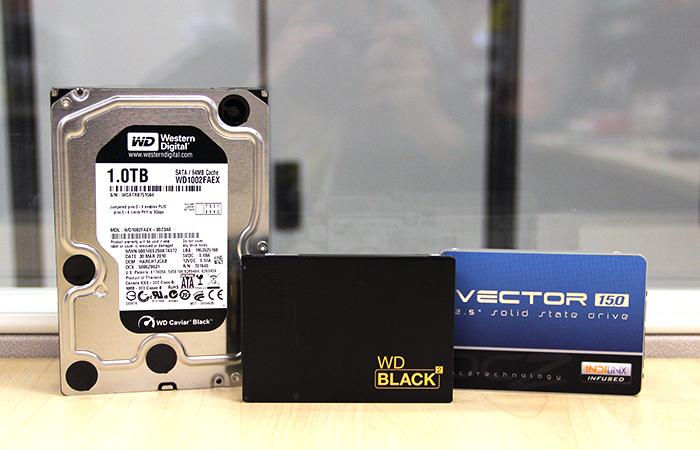 Fortunately, Western Digital has recognize this dilemma and have recently introduced the WD Black2, a dual drive that combines an SSD and HDD into a single 2.5-inch form factor drive. Not to be confused with hybrid drives, which typically only have a small amount of onboard flash memory that acts as a cache, the WD Black2 is truly two drives in one - and recognized as such by the system. The key benefit to such a configuration is that users will be able to determine what goes onto the flash memory portion of the drive and what goes onto the hard disk drive. This is useful to more advanced users who want complete control. 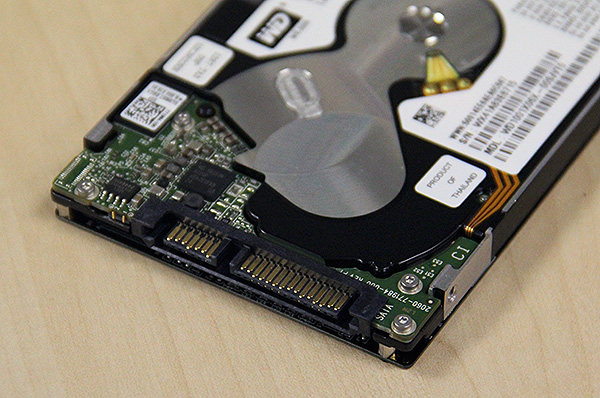 Since its two drives in one, it is understandable that the WD Black2 measures 9.5mm thick, which means it might not be suitable for all notebooks. The hard disk drive is actually a regular 1TB WD Blue and the SSD drive is actually taped to it and communicates using a Marvell SATA bridge chip. 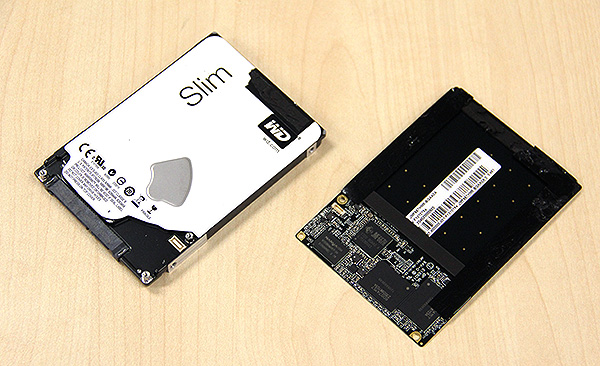 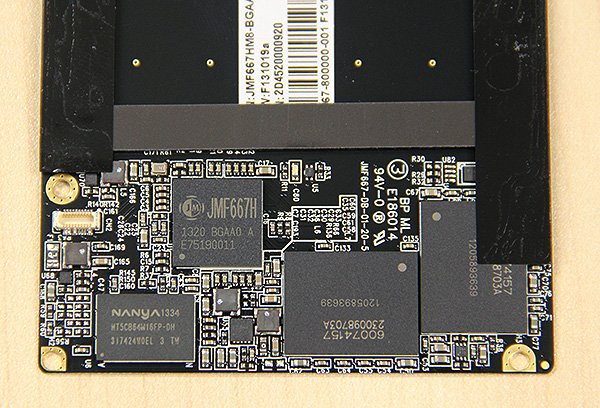 The SSD drive features 128GB of storage provided by two 64GB MLC NAND chips which are sourced from IMFT and are manufactured using a 20nm process. As for the controller, Western Digital has decided to forgo the popular choices from SandForce, Marvell and even Link_A_Media and instead opted for a controller from JMicron, specifically the 667H.

According to the specification sheet, the SSD has a sequential read and write speeds of 350MB/s and 140MB/s respectively. This is considerably lesser than most SSDs in the market today, which generally hover around the 500MB/s and 400MB/s mark for both sequential reads and writes respectively. The hard disk drive portion is a regular WD Blue drive which consists of two platters and spins at 5400rpm and has a 16MB cache.