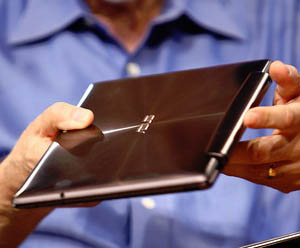 *Update: The official name for the successor of the Transformer is the Eee Pad Transformer Prime.

According to Android Community, Shih confirmed that the Eee Pad Transformer Prime will be running on NVIDIA's quad-core processor and has a 10.1-inch display.

Other specifications include USB and mini-HDMI ports, SD card slot and a sleek profile of 8.3 mm. He added on that the device will be formally announced on November 9th.

He also discussed about the availability of the ASUS Padfone, which will arrive early next year after carrier testing.