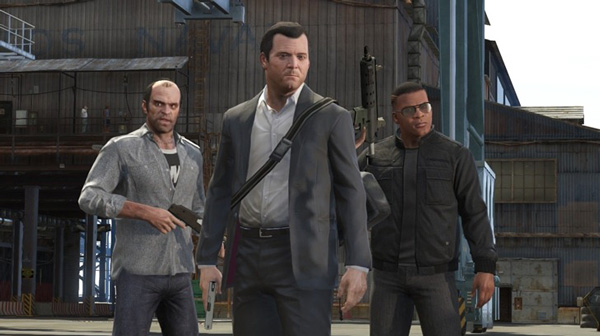 Grand Theft Auto V just came out yesterday on the PC, after months of delays. While there have been hiccups here and there, so far the launch experience for most gamers have been pretty positive. No widespread server disruptions, game breaking bugs that prevent people from enjoying the game or anything of the sort. In fact, from what we've seen, the game is optimized pretty well, running decently on a wide variety of hardware configurations. Depending on your hardware, you can even enable hardware specific options, with NVIDIA powered machines getting access to PCSS and TXAA options, while AMD machines get the CHS option. PCSS is basically making shadows appear 'softer', TXAA is an anti-aliasing technique that reduces crawling and flickering and CHS makes shadows 'harder' or 'softer' depending on whether or not they're in contact with objects. The bottom line is that all of the options basically make the game look better.

With their hardware enabling custom options, AMD and NVIDIA are making sure that the software drivers for their graphics cards work as intended. GTA V is such a big deal to both companies that they've released driver updates just for the game.

On AMD's side, they've just released the latest Catalyst drivers (beta version 15.4) for their graphics cards. On NVIDIA's side, it's the GeForce Game Ready Driver for Grand Theft Auto V (version 350.12).

Both drivers are out right now for manual download.