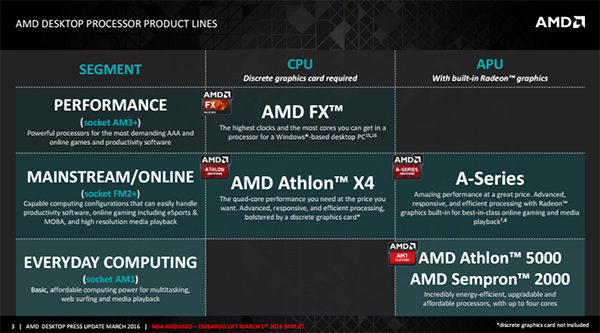 The A10-7890K will ship with AMD’s new Wraith cooler, which we first saw at CES 2016. The Wraith can handle a TDP of up to 125 watts and represents quite a significant upgrade over the traditionally low-end stock coolers that AMD has bundled with its APUs in the past. While the clock speed increases could be partly due to better maturity of the 28nm process, it’s likely that the improved cooling capabilities of the Wraith cooler played a big role in enabling the performance boost.

That’s because chipmakers still have to ensure that the CPU stays within the thermal limits of the stock cooler, even if enthusiasts are just going to discard it in favor of more powerful third-party solutions. So now that the new APU will be bundled with the 125 watt TDP Wraith cooler, AMD has more freedom to clock the processor more aggressively. 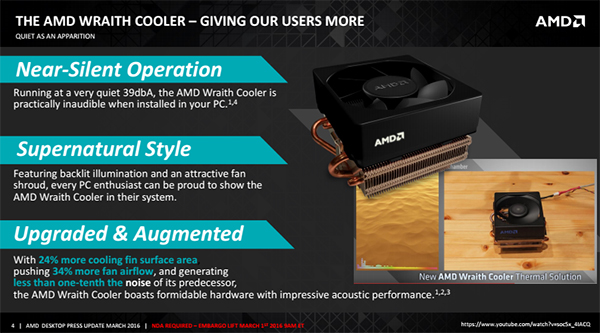 Users on a tight budget will also definitely appreciate the Wraith cooler, as it means that they don’t have to come up with extra cash to buy a decent external solution. Given the overhead that the Wraith has over the new APU’s 95 watt TDP, it should even be able to handle some mild overclocking.

On the topic of cooling, AMD announced that the older A10-7870K APU would be getting a new cooler as well. AMD doesn’t have a proper name for the new cooler -- it simply refers to it as a new 125 watt thermal solution – but it is actually the Wraith cooler with the illuminated shroud removed. According to AMD, both coolers still use the same metal heatsink and fan, so there is no difference in terms of cooling capacity or noise production.

Compared to AMD’s APUs, the Athlon X4 processor lacks integrated graphics capabilities, so users will need to pair it with a discrete graphics card. 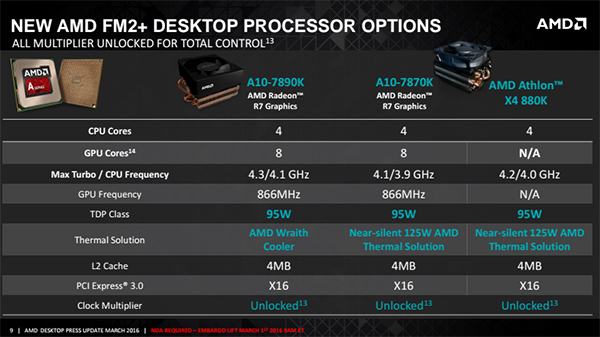 All this is part of AMD’s effort to enable affordable, small form factor PCs that can provide a smooth gaming experience in online games like League of Legends at 1080p resolutions and high detail settings. When paired with a discrete card like the Radeon R7 370, AMD says that the Athlon X4 processor can handle 1440p gaming as well.