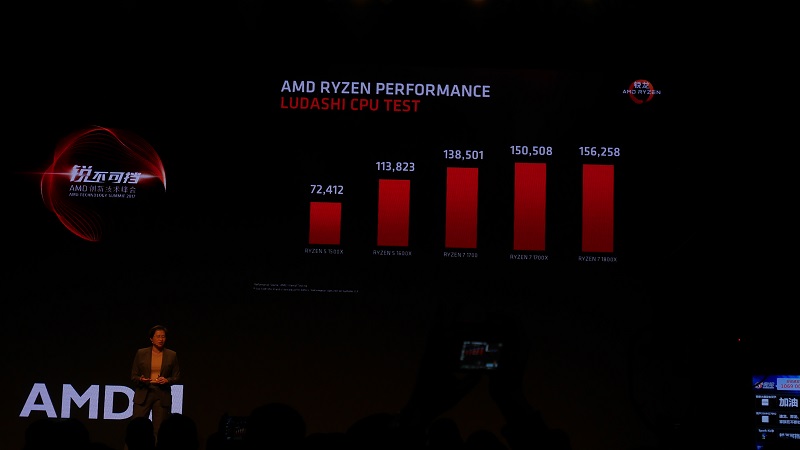 Officially available in the market on April 11, Ryzen 5 consists of 6- and 4-core processors to be followed by Ryzen 3 later this year. Much like the Ryzen 7, Ryzen 5 processors uses the new AM4 infrastructure.

Here are the complete specifications and pricing of the Ryzen processors thus far:

Much like its bigger brothers, Ryzen 5’s processors have their multiplier unlocked. Thus, you can overclock them to your heart’s desire. You would need, however, to use their X370 or B350 series motherboards.

Aside from their Ryzen 5 processors, AMD also teased their “Naples” processors for the server environment. Details are scarce at the moment, but it is expected to have 64 cores, 128 threads, and 128 PCIe 3.0 lanes.

Their new GPU architecture code named “Vega” was also teased briefly. It will sport HBM 2 that should deliver twice the speed of the original HBM on AMD’s Fury GPUs. They’ve also mentioned that memory can also be controlled off die with their High-Bandwidth Cache Controller. Performance will be improved by their new programmable geometry pipeline, next generation compute engine with Rapid Packed Math, and an advanced pixel engine. Like Naples, details are scarce for Vega. Hopefully, they’ll be able to match the performance the green team offers especially with the GTX 1080 Ti being released just over a week ago.

We’ll go into a deep dive in the architecture of AMD’s Ryzen processor once our review is up. Stick around for additional news.