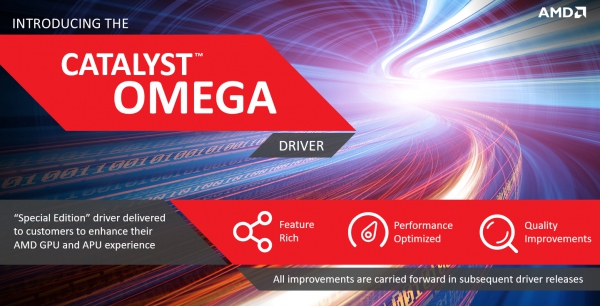 Back in November, AMD held an event called the Future of Compute. On the second day of the event, they announced the Catalyst Omega and revealed information about it to the attendees though the information about was embargoed till Catalyst Omega's release officially released. Well, now that it's out, we can finally tell you guys about it.

So what exactly is new in Catalyst Omega? Watch the video for the lowdown but we'll give you a few notable improvements.

Now that you've been briefed on what Catalyst Omega is, we've highlighted a few new features present in the driver that should make gaming a more enjoyable experience if you're using AMD hardware. 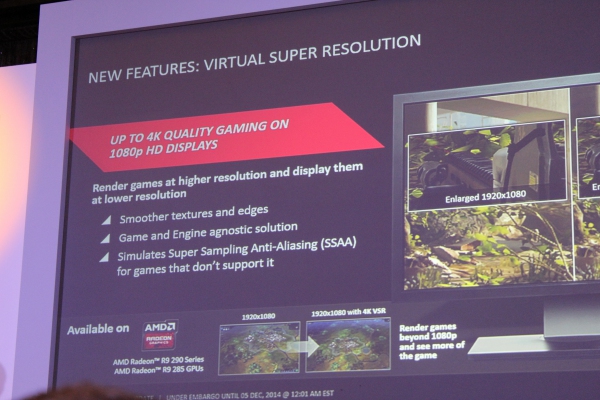 One of the more interesting features is something AMD is calling the Virtual Super Resolution. It basically renders the game on a higher resolution and then displays what's been rendered at your chosen resolution. An example that AMD gave us at the Future of Compute event was that of a typical RTS. The VSR renders in 4K and then downscales that image to fit into a 1080p display, similar to what NVIDIA does with their DSR tech. 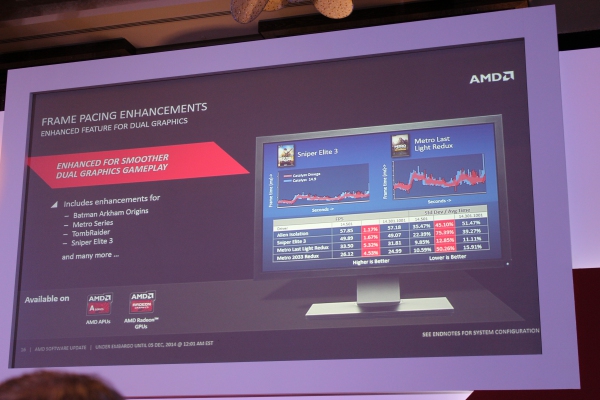 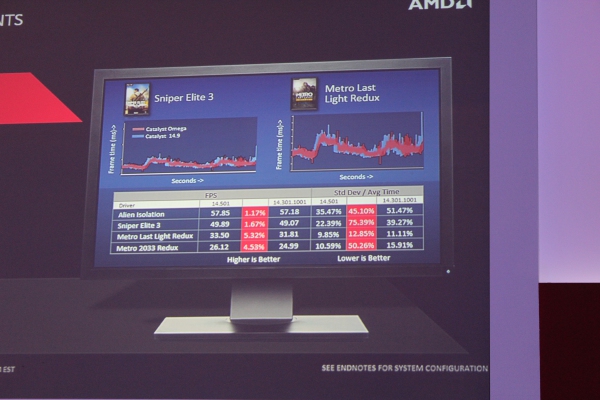 Another bit of interesting tech present in Catalyst Omega drivers is what AMD is calling Frame Pacing Enhancements. It's only applicable for machines running in CrossFire though, giving them smoother graphics during gameplay and faster response times. Games like Metro Redux see marked improvements in frame rate, especially in Metro 2033, where the frame rate rose from 24.99 FPS to 26.12 FPS. It may only be a small number on paper, but those frames do make a difference and any improvement without the need to change hardware is always welcome.