AMD has announced the release of their two latest models of its mainstream-priced high-efficiency AMD Ryzen 3 desktop processor.

The products, named AMD Ryzen 3 1300X and AMD Ryzen 3 1200 CPUs, are equipped with true quad-core unlocked performance for e-sports gaming and computing applications. Together with AMD Ryzen 7 and Ryzen 5 desktop processors, the two new processors also have a large and growing AM motherboard ecosystem. 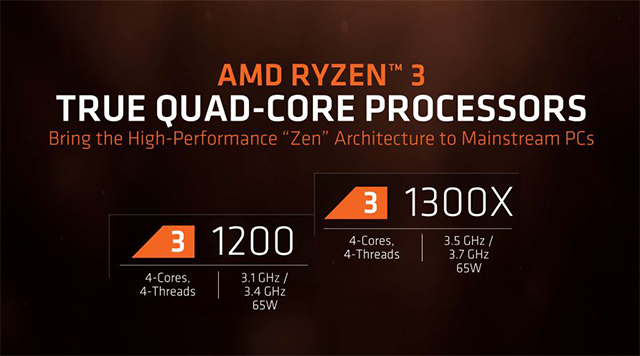 “These past few months have been an exciting period for AMD with the global launch of Ryzen 7, designed for even the most demanding power users, and the release of Ryzen 5, which meets and even exceeds the needs of serious Prosumers,” said Jim Anderson, Senior Vice president and General Manager, Computing and Graphics Group, AMD.  “Ryzen 3 is a significant addition to our Ryzen desktop processor lineup, scaling industry leading responsiveness and performance into a budget-friendly package for mainstream users. AMD’s Ryzen processor line re-energizes innovation and competition across the entire PC market, providing consumers with a newfound selection of processors that can fulfill their computing needs at virtually every price point.” 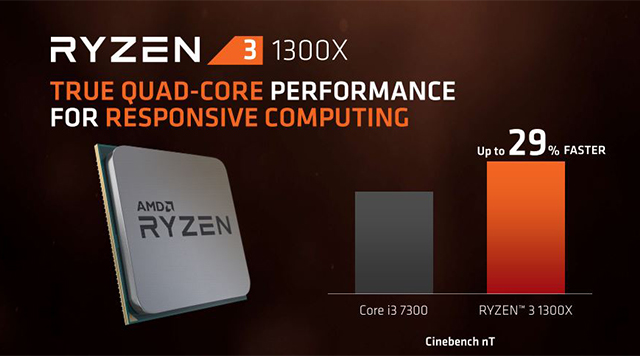 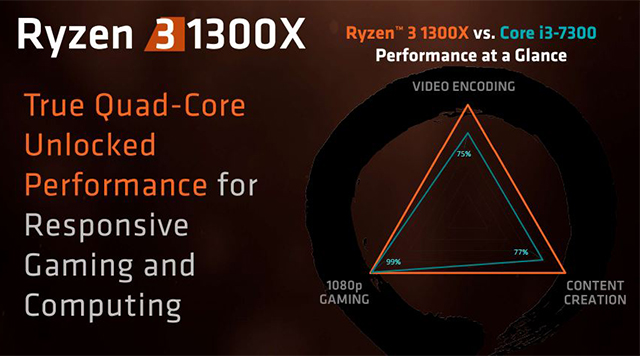 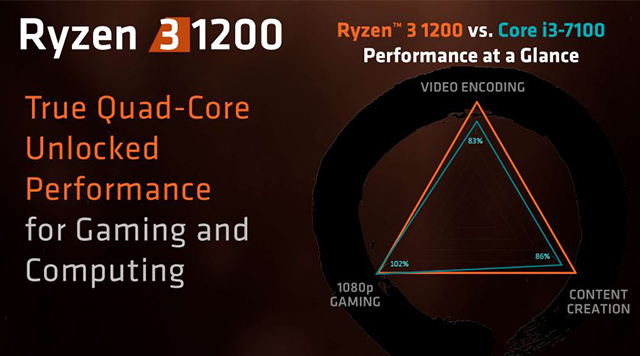 The Ryzen 3 processors include two quad-core, 4 thread desktop CPUs available for purchase, with both of them supporting the new AM4 platform found throughout the entire mainstream Ryzen processor family as well as boasting advanced architecture and lightning-fast responsiveness that made them AMD VR Ready. It also features the Wraith Stealth cooler.