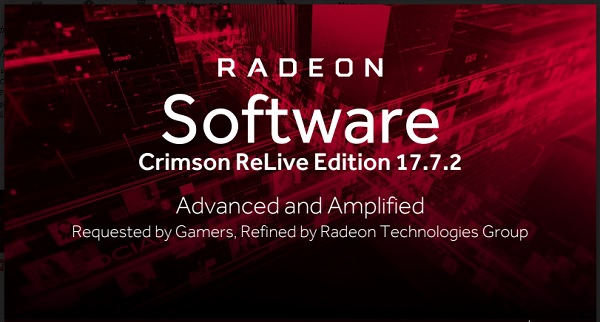 The latest software builds upon AMD’s promise to gamers of features that lead to supercharged performance and rock-solid stability with the following advances such as the Enhance Sync display technology, Radeon Chill, Radeon Wattman, and an improved game responsiveness of up to 31 percent.

The display technology promises to increase gameplay responsiveness and decrease tearing with up to 34% lower latency and 92% lower frame variance when tested with Overwatch.

The latest significant upgrades Radeon Chill which now can support close to 40 of the world’s greatest games with extended battery life in the HP Omen by 30% while playing the game League of Legends in a very high setting.

The Radeon Wattman comprehensive control has been upgraded with power state control and memory under clocking, resulting in improved power savings and performance.

The improved responsiveness is made by reducing overhead while playing with Tom Clancy’s The Division.

In addition, Radeon Software 17.7.2 is even more loaded with features which gamers can enjoy such as Frame Rate Targeting Control, Per-Display Color Controls, and Radeon Settings, which are redesigned to have the ability to have more refined colors, control the frame rate, and save power with Direct X 12 and multi-GPU support.

But aside from these, there are plug-ins and tools from the software upgrade that game designers can enjoy too. These include Radeon GPU Profiler which allows support for modern APIs and low-level hardware thread tracing, and AMD LiquidVR360 SDK which allows for the first end-to-end GPU-accelerated HEVC 4K-by 4K BVR video playback on graphic cards.

AMD also announced the Radeon Software Vanguard Tester Program, a new channel where selected participants will be working directly with AMD on improvements of the program.