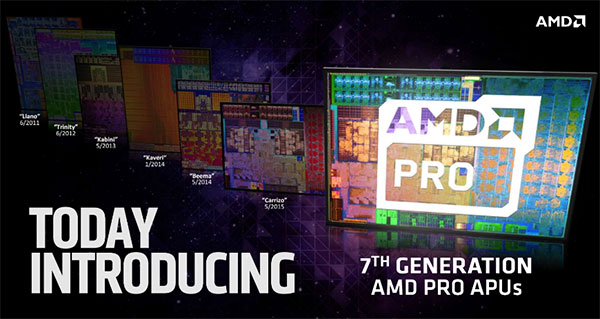 We first heard about AMD's new processors earlier this year at Computex, which was  followed by an announcement in September that HP and Lenovo were shipping Bristol Ridge APUs with the AM4 socket.

The PRO, which stands for Performance, Reliability, Opportunity, APUs are designed for commercial markets, where the company is claiming a 45 percent growth in shipments since 2014.

Targeted at businesses and enterprises, compared to the more consumer-focused chips, the Bristol Ridge PRO APUs include a range of encryption, security, and virtualization functions and things like out-of-band management that make them better suited for professional use cases.

The new Bristol Ridge PRO series APUs span the entire spectrum from basic use cases to more performance-oriented scenarios, and AMD has further broken up the product stack into APUs catered for desktops and small form factor systems. 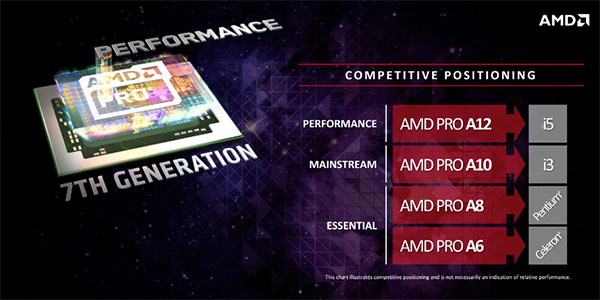 The desktop parts come with a 65 watt TDP, while the lower-powered SFF chips – designated by an “E” suffix – have a 35 watt TDP. All the chips use AMD’s Excavator CPU and GCN 3.0 cores, and are based on the updated 28nm process. While the Zen architecture will eventually make its way to AMD’s APUs, AMD will launch Zen desktop parts first, and the recent Bristol Ridge launches may mean that we still have some ways to go before Zen APUs arrive.

One of the first systems to ship with the Bristol Ridge PRO APUs is the HP EliteDesk 705 G3, which is available in mini, small form factor, or mini-tower configurations.