We’ve had a fairly extensive coverage of AMD’s new Ryzen processors in the past few months. We were also lucky enough to review most of the available Ryzen CPUs in the market. For people that are still deciding if they want to upgrade either to Intel’s or AMD’s platform, the red team has published a graph that will help you decide on your purchase. 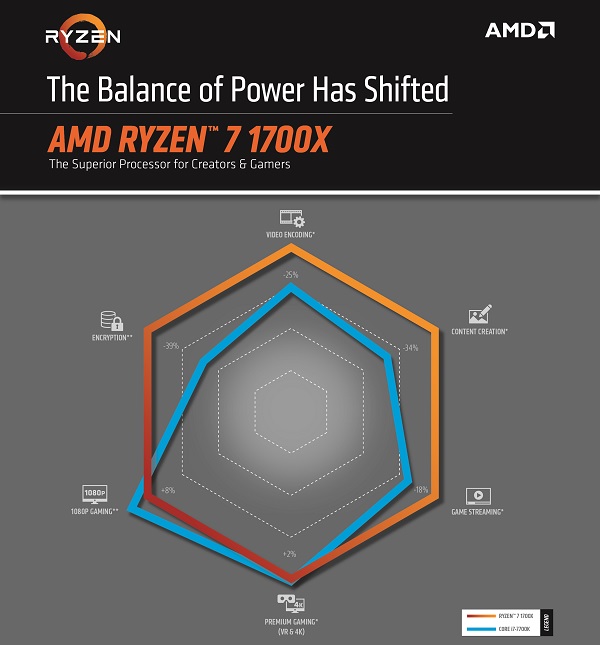 AMD isn’t shying away from its weaknesses. For lower-resolution gaming, Intel’s Core i7-7700K is still able to surpass the red team’s Ryzen 7 1700X. For higher-resolution gaming, however, the performance delta between the two processors are almost minimal. This means that at resolutions were the GPU becomes the bottleneck (UHD and 4K), Ryzen processors will be able to almost match the performance offered by Intel’s mainstream offerings.

Albeit AMD’s Ryzen processors do take a hit in lower-resolution gaming, they do better in multi-threaded tasks such as content creation (rendering videos, Adobe Premiere, etc.), streaming, encryption, and video encoding. Based on our own tests, this holds true with the Ryzen processors taking lead in multi-threaded benchmarking programs such as Cinebench R16, POV-Ray 3.7, and CPU-Z’s built-in benchmarks.