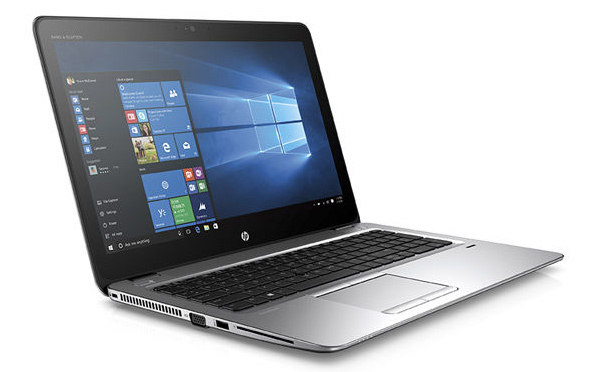 On the mobile processor side, AMD unveiled the new AMD PRO A12-8800B processor, its first processor to use the A12 moniker. Other firsts for the processor include an AMD Radeon R7 onboard graphics and 12 compute cores (4 CPU + 8 GPU), two more GPU cores than the previous flagship A10 mobile processors. The onboard GPU also now has up to an 800MHz core clock and 512 graphics compute cores, and a maximum CPU clock rate of 3.4GHz.

Other notable improvements include a dedicated AMD Secure Processor, which ties in with the open-standard ARM TrustZone technology to provide a separate and secure execution environment for sensitive tasks on top of the existing hardware.

According to AMD, the new A12 processor is also the first commercial APU with a true SoC design, which enables it to deliver large gains in CPU, graphics and multimedia performance. 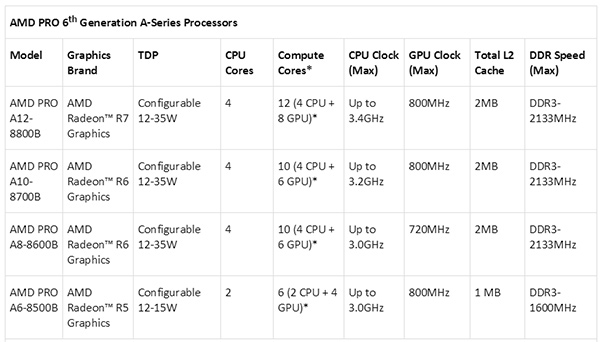 In addition, the new chips are designed to be highly configurable with the new AMD PRO Control Center, which allows small-and-medium businesses to manage and maintain their AMD-powered systems.

The PRO A-series desktop processors are similarly designed with performance and value in mind. Performance in modern applications like VoIP and video streaming has been a priority, and AMD says that support for AMD Quick Stream PRO means that the new processors can eliminate lag in these latency-sensitive applications.

It does this by automatically identifying and allocating bandwidth for high priority applications. For a full list of the latest desktop processors, please refer to the table below: 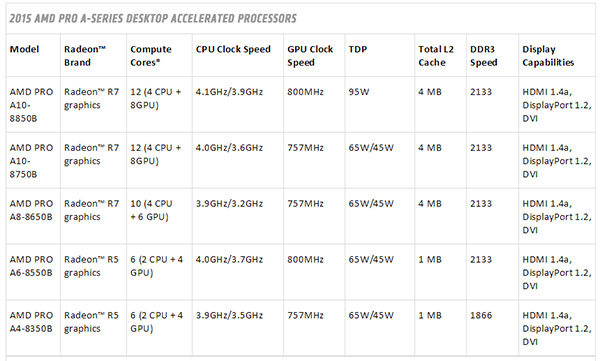 Both AMD PRO A-series mobile and desktop processors have already found their way into available OEM systems. The PRO A-series mobile processors are currently offered on the HP EliteBook 700 series notebooks, while their desktop counterparts are offered on a range of small form factor PCs from HP and Lenovo, including the Lenovo M79 Tower and HP EliteDesk 705 Micro Tower PCs.