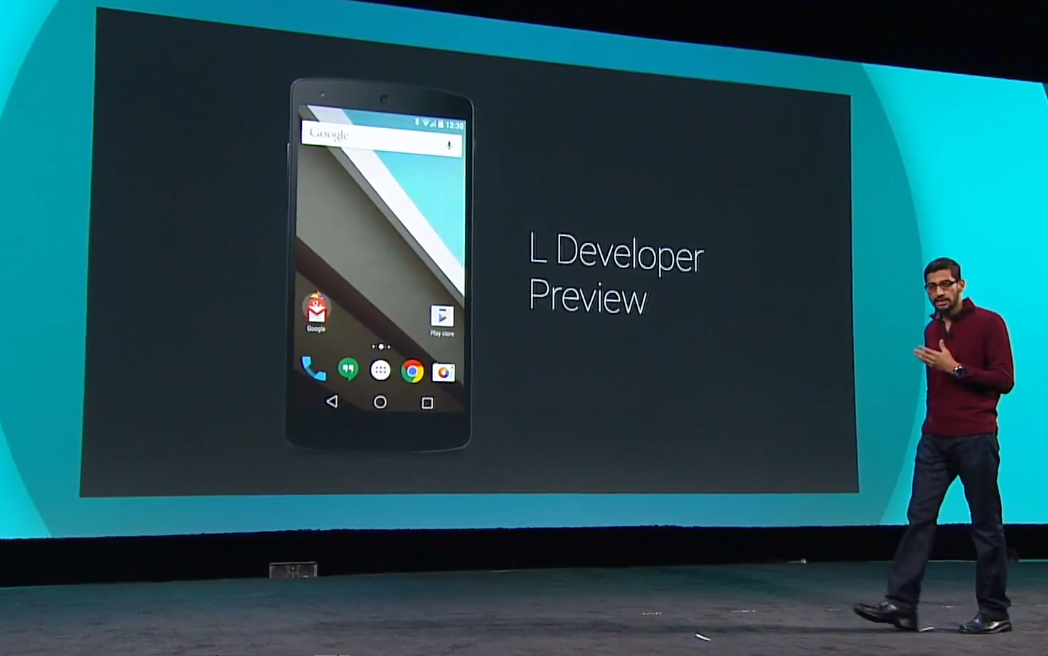 Announced today at Google's annual I/O developer conference, Android L Developer Preview will feature around 5000 new APIs, but the big change is Google's new Material Design initiative. Material Design actually goes beyond Android L and represents a new look and feel for all of Google's platforms, extending from phones to tablets and to the Web and desktop. Introduced by Android chief, Sundar Pichai, as a "fresh, bold and new look," Android L adds shadows, subtle textures and bright colors to Android. 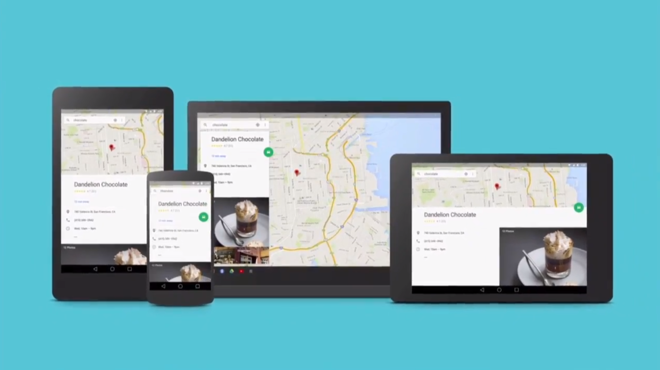 L includes minimalist buttons, and a shift from square icons to round ones, and a slight tweak to Google's system-wide Roboto font. There's also a new look Gmail app, and the Google keyboard and quick settings menu have been updated too. Notifications have been improved too, with more interactive access on the lock screen. 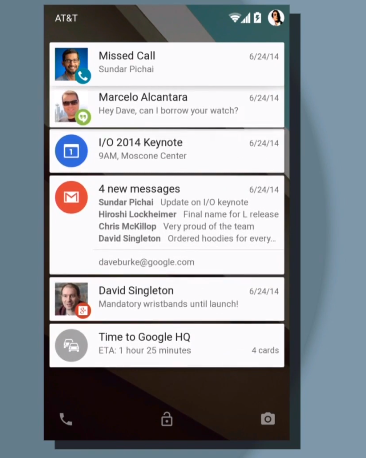 In addition to a focus on design, a big focal point for L will be performance. Android L will include support for 64-bit processors and it will also be the first version of Android to run exclusively on ART, the Android runtime successor to Dalvik that was introduced with KitKat. For developers, this is a major shift, and for consumers, it should mean that future apps will have better overall performance, better memory management, and lower power draw, resulting in higher device battery life.

Speaking of battery life, L will also include new battery enhancements, and modes that will offer users and developers more granular control over what apps are doing and how much power they're consuming. It will also be possible to run L in a battery saver mode, for optimal battery life. While many manufacturers include a battery saving mode as part of their own enhancements, a Google version will be a welcome addition. 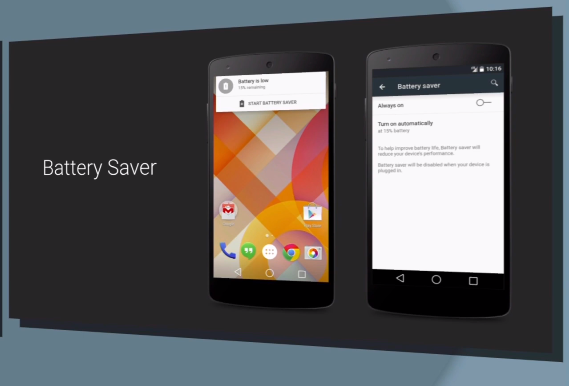 Android L will also come with a new "Extension Pack" that offers what Google claims are "PC gaming" capabilities on high-end smartphones and tablets by facilitating higher-fidelity graphics techniques such as tessellation and geometry shading in Android games. This should better capture the potential of powerful chips like NVIDIA's Tegra K1. 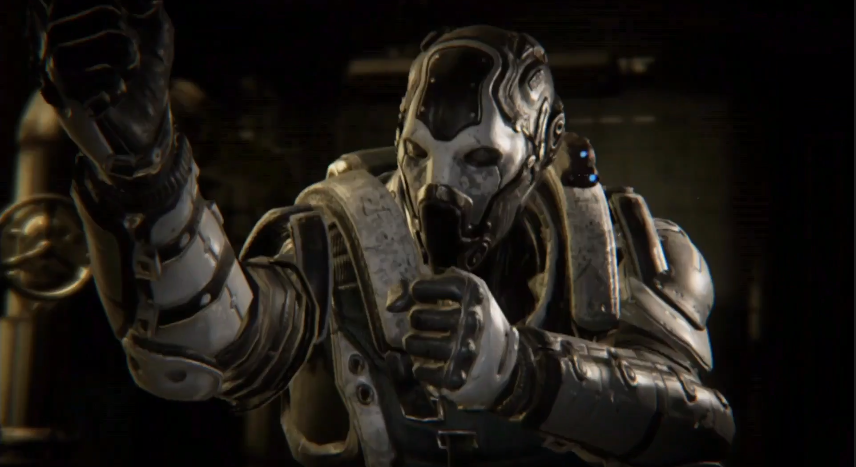 The L preview code will be available for developer devices to download later today, while the full OS release is promised later this year. Presumably that's when we'll also find out what dessert it will be named after. 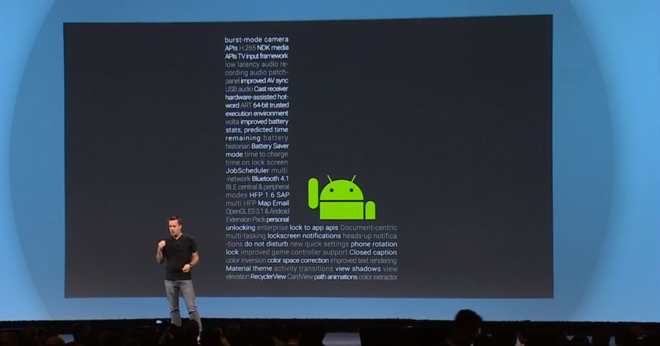