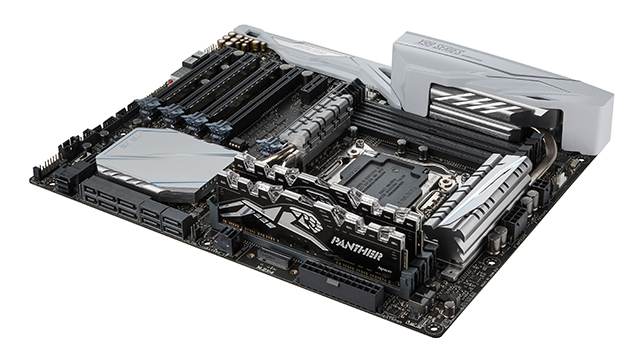 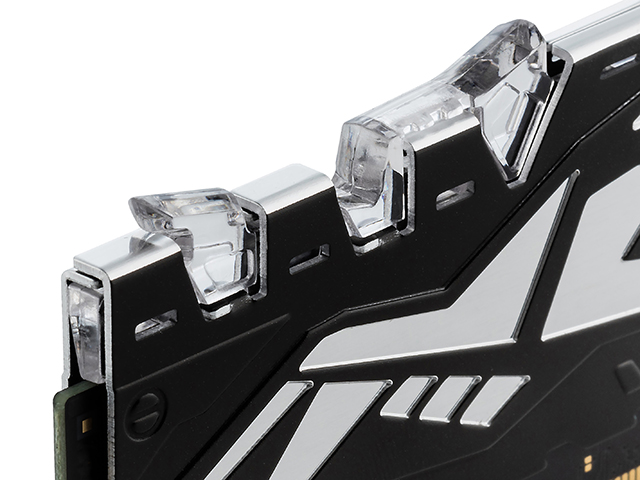 To ensure superior stability for PANTHER RAGE DDR4, Apacer employed professional technologies that are used toward the making industrial memory modules, a highly-efficient heat spreader and quality IC, which effectively operate at low voltage at a reduced power consumption, with less need for heat release. This design not only enables stable output at full capacity, but also prolongs product life. Available in 4GB, 8GB, and 16GB, this memory module is able to meet tough system requirements. Moreover, on Intel motherboards, a total of 128GB memory can be loaded for optimized performances.

The uniquely designed LED lighting features are inspired by the fangs of a panther. A stamping technique is applied to create an embossment of the beast, and the letters of the name are debossed to create a contrast. The bars that align at the right side of the panther’s head is a hint of energy level from battle games. The jagged line at the bottom imitates the serration on military knives.

The release of PANTHER DDR4 once impressed gamers and PC modders and won 2017 Taiwan Excellence Award with its marvelous performances in overclocking, heat spread, stability, and excellent value.