Apple Planning to Skip Commercials for the Apple TV?

Apple Planning to Skip Commercials for the Apple TV? 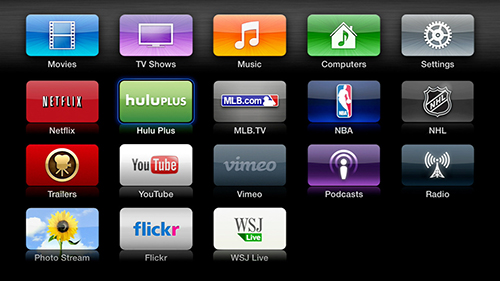 It's no secret that Apple has been looking to break into the TV market for some time. However, they have faced significant barriers to entry. Back in 2010, Steve Jobs said the TV market was plagued by a "fundamental go-to-market problem" that prevented Apple from fulfilling its vision for the industry. To that end, he mentioned that while Apple was interested, TV was going to be one of Apple's "hobbies" until they can find a viable way to enter the market.

Reports are now suggesting that Apple is willing to compensate cable TV companies and TV networks to allow viewers to skip commercials in its own TV service. However, it is unclear how this would work at this point of time.

In recent discussions, Apple told media executives it wants to offer a "premium" version of the service that would allow users to skip ads and would compensate television networks for the lost revenue, according to people briefed on the conversations.

Consumers, of course, are already accustomed to fast-forwarding through commercials on their DVRs, and how Apple’s technology differs is unclear.

It is a risky idea. Ad-skipping would disrupt the entrenched system of television ratings—the basis for buying TV ads. In fact, television broadcasters sued Dish Network when it introduced similar technology last year.

Earlier this year, Apple CEO Tim Cook mentioned that the company had a "grand vision" for TV. Additionally, it is rumored that Apple is going to offer its own full-on television as well as a set-top box when it rolls out it's plans for its TV business.