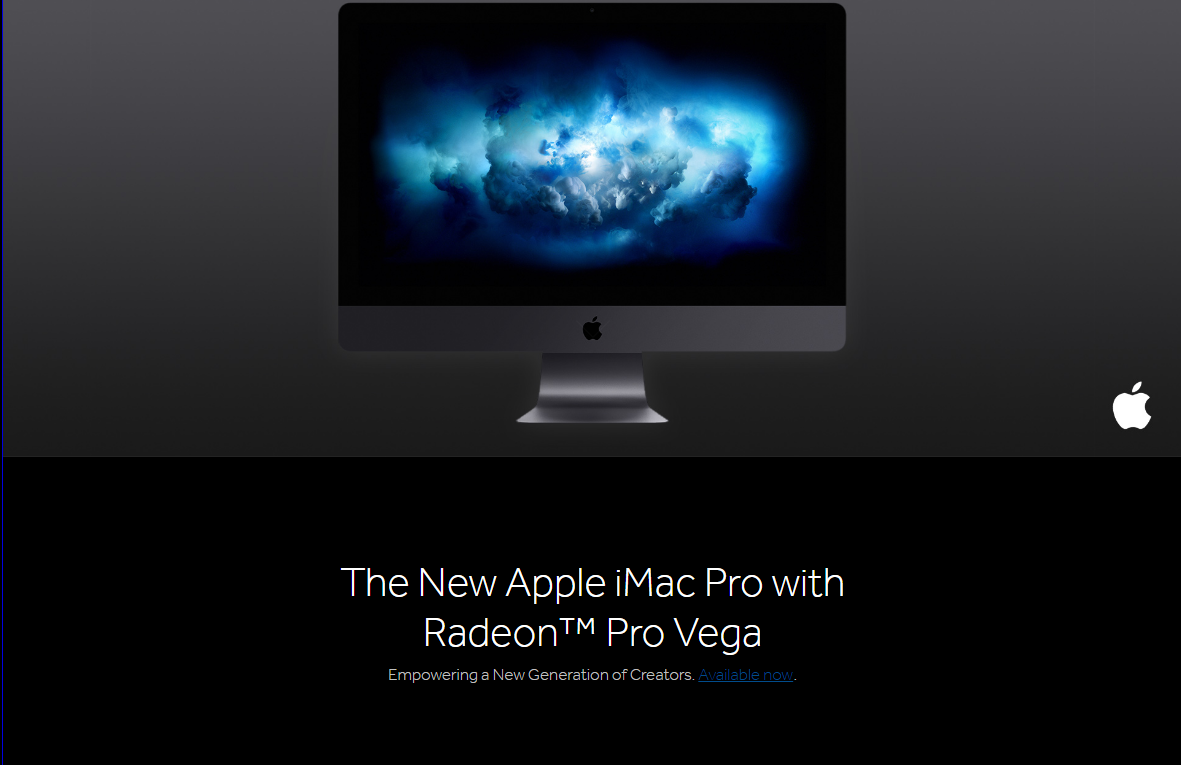 The big-named tech brand has cited Vega graphics as ‘The beast behind the beauty’ with the device boasting the best-in-class workstation graphics to enhance workflows for today’s professionals and creators (photographers, video editors, 3D animators, and engineers) by using the latest in graphics technology to fuel modern creative efforts from anywhere inspiration strikes.

The iMacPro is equipped with 16GB of High Bandwidth Memory which aims to deliver performance of up to twice as fast as any previous iMac GPUs and thrice as fast as the Mac Pro GPU, leading to superior performance and higher frame rates for VR, real-time 3D rendering, and gameplay at maximum settings. The iMac Pro's single- and half-precision computing allow operations to be performed twice as fast – or up to whopping 22 teraflops – when they don’t require the 32 bits of precision.

Several experts have tested the new iMac Pro, demonstrating major improvements on performance and workflows with the help of the Radeon Pro Vega, and here are what they have said about the product:

• Mechanical and aerospace engineer Craig Hunter summarized the iMac Pro as a “graphics powerhouse — I continually marveled at how crisp and clean everything was rendered with no apparent overhead or impact on performance.”

• Director and Photographer Vincent Laforet experienced a two to three times boost in speed in his workflows. He concluded, “In short – this is a KILLER machine for any serious photographer, filmmaker, or VR producer. Period.”

• Mac and iOS app developer Cabel Sasser’s described testing FireWatch with the iMac Pro and the Retina 5K iMac, resulting in 62 FPS at 2560 x 1440. He also witnessed a 41% boost in compiling Xcode projects on the iMac Pro compared to a standard Mac Pro.

For more information about the Radeon Pro Vega in the brand new iMac Pro, visit this website.