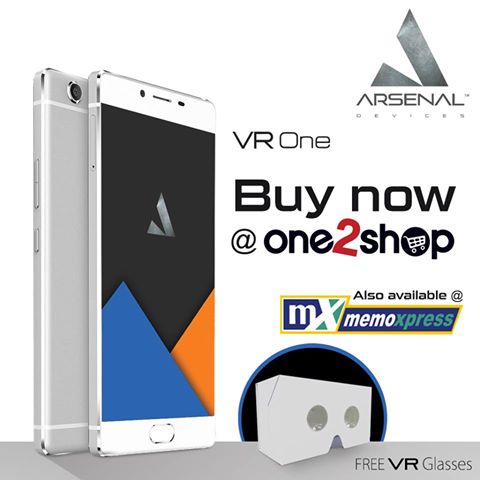 A month after its launch, consumers can get now their own unit of the Arsenal VR One, the first smartphone offering from Topstrasse Global Inc.’s Arsenal Devices brand of premium mobile products. Interested buyers have two options to buy an Arsenal VR One. First, you may get a unit by purchasing online through One2shop.com, an e-commerce website that also sells Torque mobile devices such as those coming from the DROIDZ and the EGO series. But to those who want to see and have a firsthand experience of the device, the VR One is now also available in MemoXpress and Jr. MemoXpress stores in the following locations:

Priced at PhP 11,990, the Arsenal VR One is available in two color variants (Metallic Silver and Pitch Black) and bundled with Carbonn Bluetooth stereo headset and VR glasses. Arsenal Devices has promised to post on its Facebook account new store locations as soon as they are confirmed.