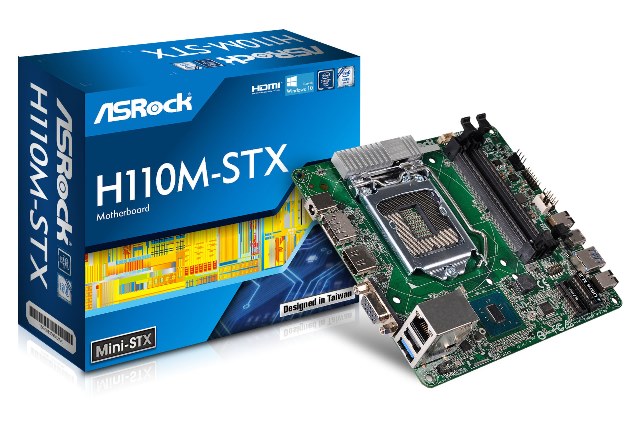 ASRock has revealed its new Mini-STX motherboard based on Intel H110 chipset, the H110M-STX.

A USB 3.0 Type-C connector with reversible design located on the front I/O that drives up to 5Gbps data transfer rates. M.2 is a must item for DIY products and H110M-STX even offers two. One M.2 slot for supporting a Wi-Fi and BT module, and a second one for supporting PCIe Gen3 x4 M.2 SSDs, which is directly powered by the CPU.