When motherboards with Intel 100 series chipsets, namely the Z170, Q170, H170, H110, and the B150, were launched, they were originally introduced as platforms prepped up for Intel’s 6th Generation Core (Skylake) processors. However, these boards, being equipped with LGA 1151 socket, are also capable of supporting the succeeding Intel 7th Generation Core (Kaby Lake) processors. When these boards were first introduced, compatibility was limited only to Skylake processors, hence, they might not work properly with Kaby Lake processors. Auspiciously, motherboard manufacturers recently released BIOS updates that will ensure 100% compatibility with the new processors. Earlier, ASUS and MSI already announced the availability of these BIOS updates, and now, hopping onto the bandwagon is ASRock. 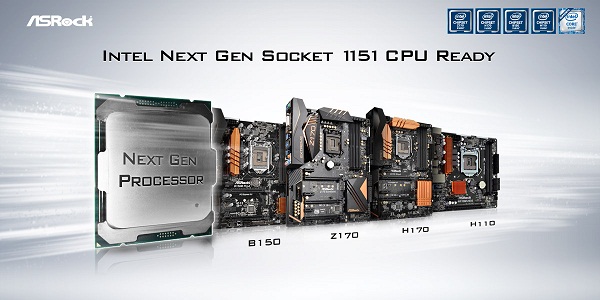