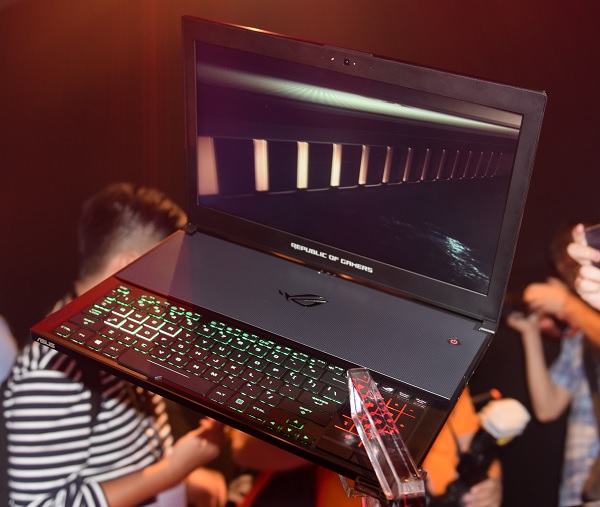 In their Computex 2017 ROG press event, ASUS has dropped a bomb in the market in the form of the ROG Zephyrus, the brand’s thinnest GTX 1080-powered laptop yet. 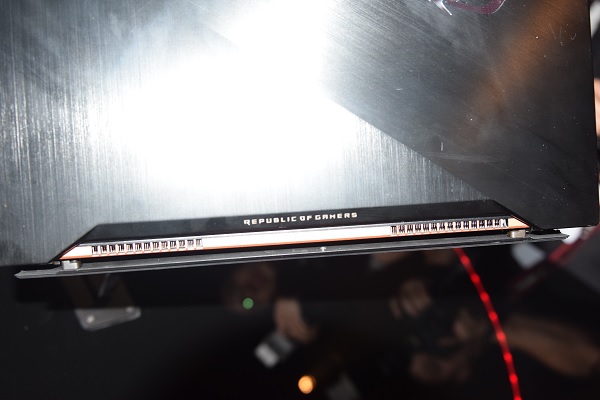 Despite its GTX 1080 video card, the Zephyrus is only 16.9mm in thickness. In order to tame the NVIDIA card, the laptop uses an ROG Active Aerodynamic System (AAS), a fancy term that basically means that when the laptop is in use, the exhaust at the back actually opens to a maximum thickness of 17.9mm. This allows the temperature to be ejected much more efficiently than traditionally designed exhaust ports. 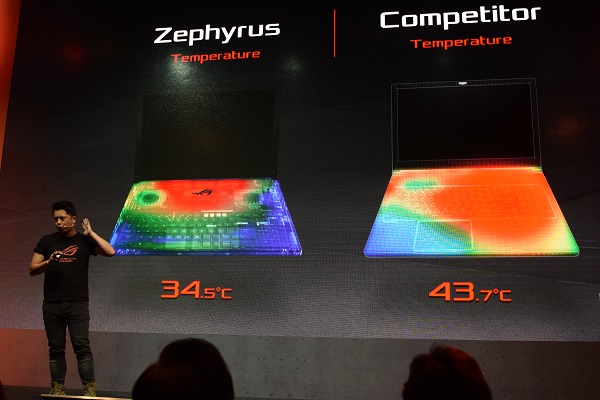 Aside from its NVIDIA GeForce GTX 1080 video card, the Zephyrus also employs a 7th generation Intel processor to complement the powerful card. As an ROG-branded notebook, it also comes with ASUS’ signature AURA Sync for all its RGB goodness.

Details are currently sparse about its RAM, storage options, and screen panel, but we can probably expect that it would have 16GB of DDR4 RAM, at least 512GB of NVMe storage, and a 1080p 120Hz IPS panel or a 4K screen. Price has not been announced yet, but we’ll surely hear more about the Zephyrus soon.