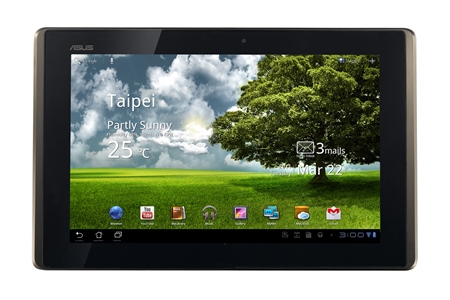 The ASUS Eee Pad Transformer will be succeeded by a more powerful model as early as next month.

According to BGR, a listing on Lambda Tek Component Shop indicates a model number TF201-1I020A which is also known as the ASUS Eee Pad Transformer 2.  The site also mentioned an in-stock date of November 7th.

The unannounced device is stated to have a NVIDIA Tegra 3 quad-core processor, 1GB of RAM, 32GB of storage capacity, a 10.1-inch display and runs on Android Honeycomb.

NVIDIA CEO Jen-Hsun Huang revealed earlier in September that quad-core Android tablets will be available by the end of the year. It seems like ASUS is having an early lead ahead of the rest.