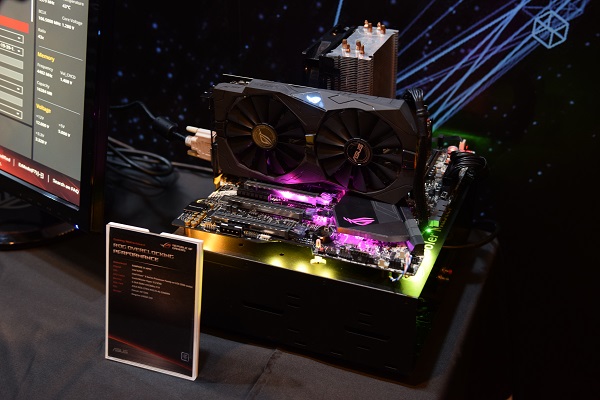 With the dawn of Intel’s new Kaby Lake X and Skylake X CPUs, comes their X299 chipset. ASUS, one of Intel’s longtime partners, officially announces their take on the blue team’s x299 chipset. 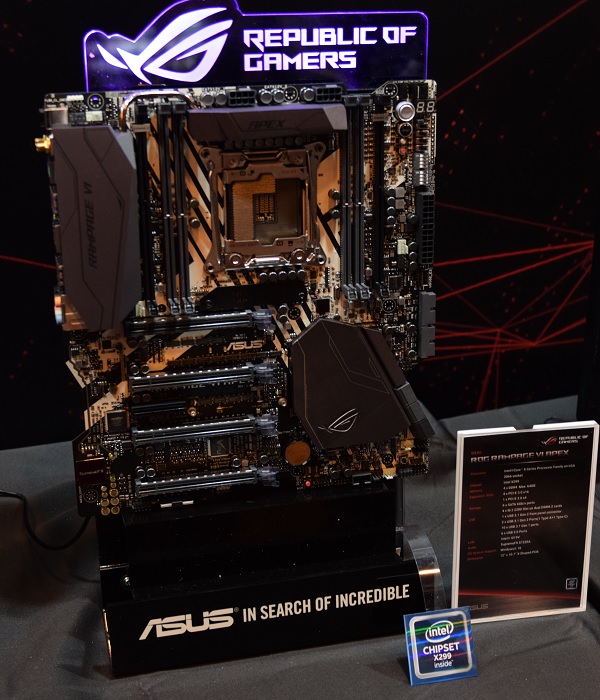 Let’s start off with ASUS’ best overclocker in their lineup, the ROG Rampage VI Apex. Based on last year’s Maximus IX Apex, the new Rampage VI Apex is built to achieve the highest overclocks and top performance. It works with both LN2 as well as liquid helium. Even in its infancy, the Apex has already taken 8 world records and 20 global records with Intel’s new Core i7-7740X with a clock speed of 7.560GHz using LN2.

Of course, the iconic DIMM.2 comes back with the new motherboard. Replacing two DIMM slots in lieu of two M.2 slots allows the M.2 drives to run faster and allow the DIMMs to have optimized DDR4 memory running at blistering speeds and low latencies. You also get USB 3.1 Gen2 with Type-C ports, onboard Wi-Fi and Intel Gigabit networking plus SupremeFX audio. 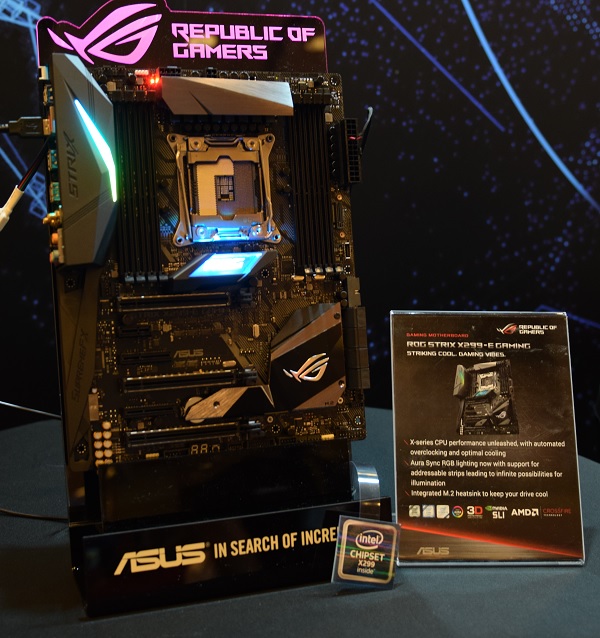 The ROG Strix X299-E is more of an everyday board compared to the Apex. Despite that, it still sports the Strix’s monochrome design. As a standard ATX board, the X299-E comes with the customary ports that you would expect that includes dual M.2 slots for NVMe SSDs, Intel Gigabit networking, onboard Wi-Fi, USB 3.1 Gen2, SupremeFX, and ASUS’ AuraSync. 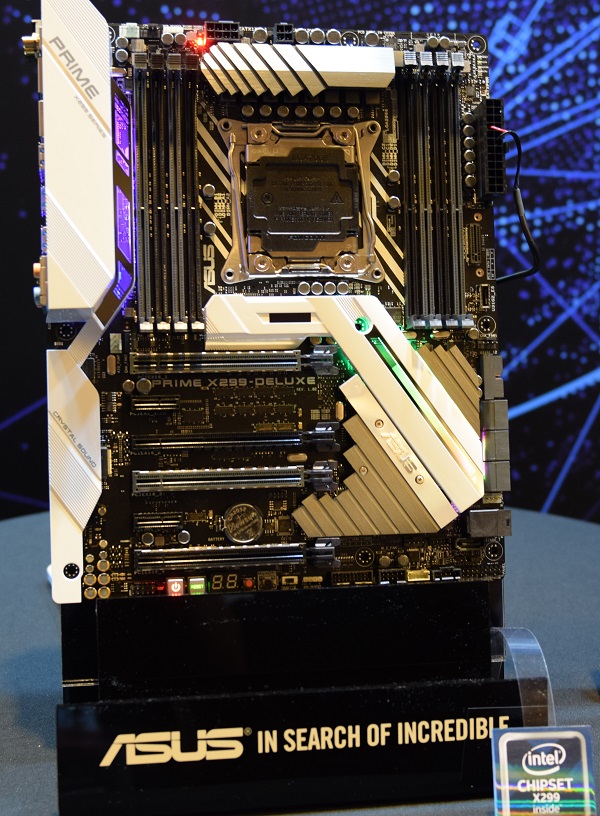 The Prime X299-Deluxe is for system builders that want a more minimalistic design for their motherboard. Much like the Prime Z270 motherboards from the past few months, the Prime X299-Deluxe does not pull any punches when it comes to its specifications. The most notable of which is an integrated OLED screen that’s capable of displaying system information as well as custom graphics. ASUS has also included an addressable header for all you RGB fanatics out there.

For accessories, the X299-Deluxe comes with ASUS’ ThunderboltEX 3 card that can provide up to 40Gbps of bandwidth to external peripherals. They have also bundled their Fan Extension card that expands the board’s assortment of headers and temperature sensors. 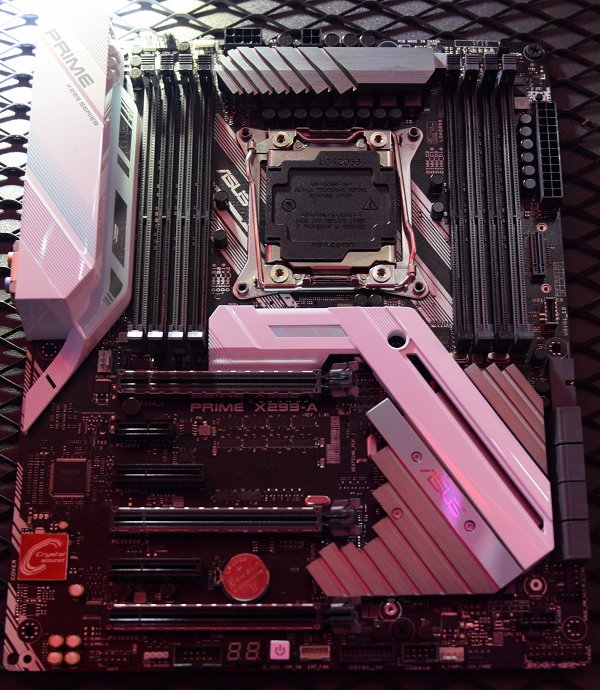 If you want a more budget-friendly solution in the brand’s Prime series, then the Prime X299-A might just be the motherboard for your build. Much like the Deluxe, the Prime X299-A can house up to three-way Crossfire or SLI. 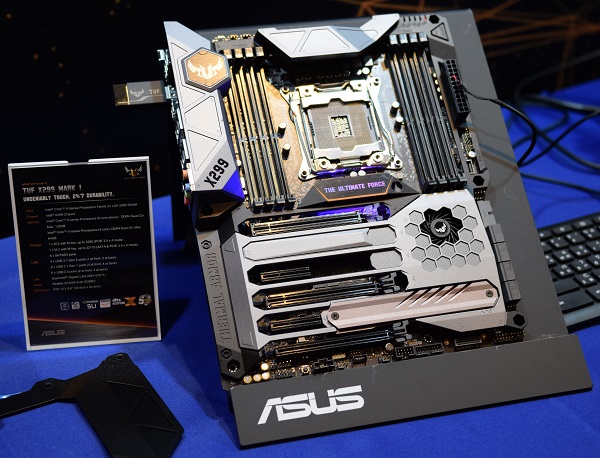 ASUS’ iconic TUF series makes a comeback in the X299 era with the TUF X299 Mark I. Much like its predecessor, the X299 Mark I Is still equipped with a Thermal Armor that protects the board in order to improve its longevity. Of course, the brand has improved on the durability of the TUF X299 Mark I by including a GPU holder to fully eliminate GPU sag.

Of course, the TUF Detective is still included with the board as a smartphone-powered troubleshooter and monitoring utility. Unlike its previous iterations, however, the new TUF Detective can work over Bluetooth using a USB adapter.