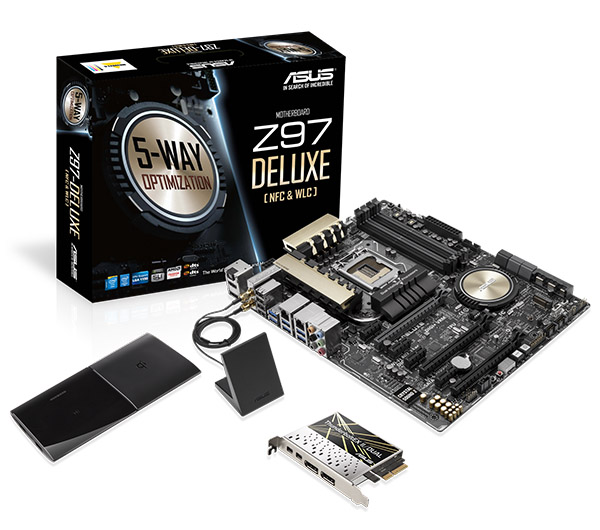 The mainstream series is once again sporting a different look, shifting from the shiny yellow gold to a more toned-down champagne gold. The heat sinks on the board are also following a more subtle and zen-looking design.

It isn’t just about new looks for these boards as they also bring in new features such as the 5-Way Optimization that lets users easily up their system’s performance, efficiency, and reliability. Onboard audio also gets an upgrade with the introduction of the Crystal Sound 2 technology, which separates channel layers, provides better shielding, and uses premium components to deliver better sound. There’s also the inclusion of the latest SATA Express and M.2 storage interfaces on these boards. Lastly, NFC and wireless charging will also be supported and they are bundled on selected models, but can also be bought separately.

For more info regarding the new features of the upcoming ASUS Mainstream boards, visit this link. 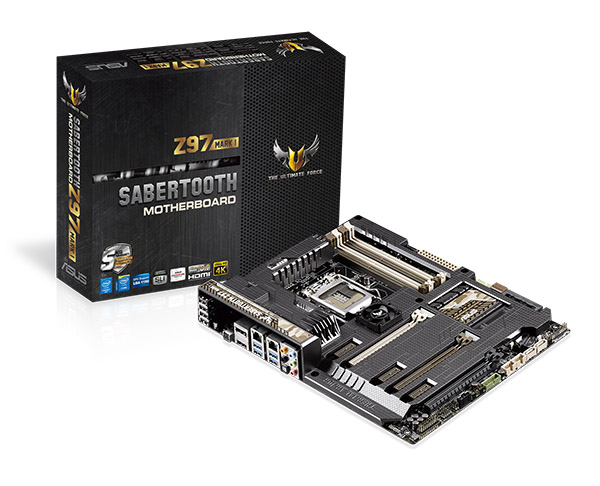 TUF motherboards are renowned for their stability, durability, and armor accessory. Continuing this tradition are the new models with a powerful new military-inspired design and the use of premium components throughout. The robust TUF motherboards have upgraded thermal management with the brand new TUF ICe cooling for precise fan control and thermal monitoring. Other features include the comprehensive Thermal Radar 2 cooling control, including the innovative Dust Diverter reversible fan technology and VGA Fan Control, TUF Fortifier backplate for added support and also acts as a heat sink to keep the board cool.

Military-grade certified TUF components have been upgraded with new alloy chokes, running up to 13.6% cooler. TUF ESD Guards ensures electrostatic discharges are properly grounded to protect sensitive components. Along with server-grade system tests and over 7000 hours of compatibility checks with over 1,000 devices, TUF Z97 motherboards are solidly built to inspire confidence, which is why every board is covered by a 5-year warranty.

For more info regarding the new features of the upcoming TUF boards, visit this link. 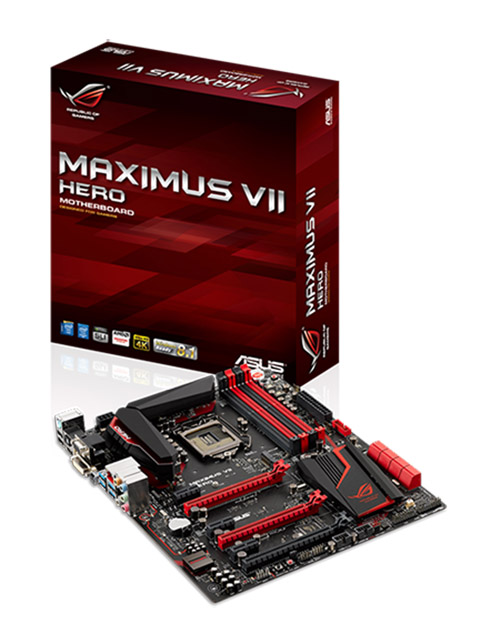 Continuing the ROG legacy, the new Maximus VII series builds upon the previous series while donning a newer and sleeker look to them. Last generation, we saw the addition of the new Hero and Impact boards, and this generation, we’ll be seeing another addition in the form of the Ranger. So all in all, the current breakdown for the Maximus series includes the Extreme, Formula, Hero, Ranger, Gene, and Impact.

For more info regarding the new features of the upcoming ROG boards, visit this link.

The new ASUS motherboards will be available at the end of May 2014. For pricing, see the tables below: