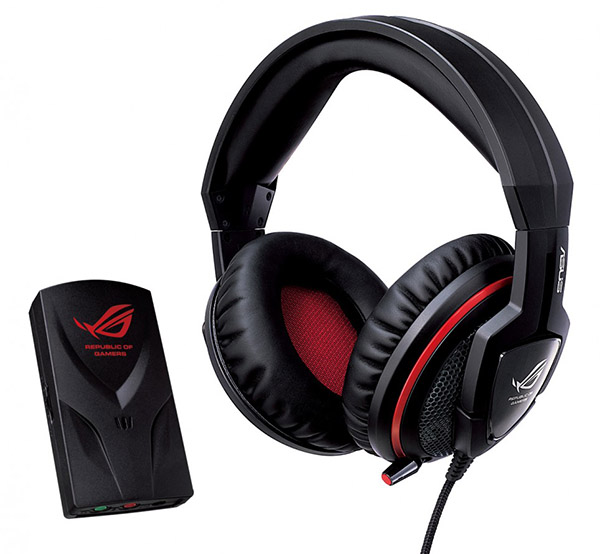 ROG Orion for Consoles features speakers driven by powerful 50mm neodymium magnets, which provide both punchy bass and crystal-clear sound detail. With noise-isolating ear cups surrounded by luxurious ultra-soft leather cushioning, Orion for Consoles is comfortable to wear for even the longest gaming sessions. Extensive lab testing by ROG has resulted in a headband with finely balanced clamping forces, meaning the Orion headset stays firmly and comfortably in place.

With the flick of a wrist, the retractable microphone gives gamers the freedom to issue commands or chat, while an inline control makes quick work of adjusting the volume or muting the mic.
Adding to this is the ROG Spitfire II, a dedicated audio console with ENC and a headphone amplifier that’s tailor-made for the Orion headset. Powered by USB, this small box of tricks includes a built-in microphone that actively detects and counters environmental sounds such as speech and keyboard tapping, so teammates aren’t distracted in chat by noises that might be occurring around gamer – the Spitfire II’s ENC technology eliminates more than 90% of environmental noise.

As for compatibility, the supplied RCA-splitter and USB cables enable instant connection to most game consoles and computers, while the included 2.5mm jack cable allows Xbox gamers to connect their controllers to the Spitfire II for chat via the headset mic. No set up or drivers are required — just plug and play.