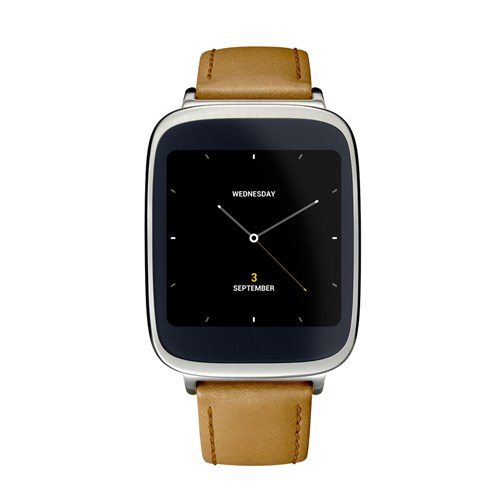 At IFA 2014 in Berlin, Germany, ASUS also grabbed the attention of observers and visitors when it unveiled its own set of mobile devices, most interesting of which is the ZenWatch (WI500Q). A milestone product, the ZenWatch marks ASUS’s official entry to the wearable device space.

Sporting a 1.63-inch AMOLED touchscreen with 320 x 320 resolution, 278ppi pixel density, and 2.5D Corning Gorilla Glass 3 panel, the ZenWatch comes with a brown leather strap and a body flaunting silver and rose gold accents. Internally, the ZenWatch is powered by a Qualcomm Snapdragon 400 processor clocked at 1.2GHz, coupled with 512MB RAM and 4GB onboard storage. 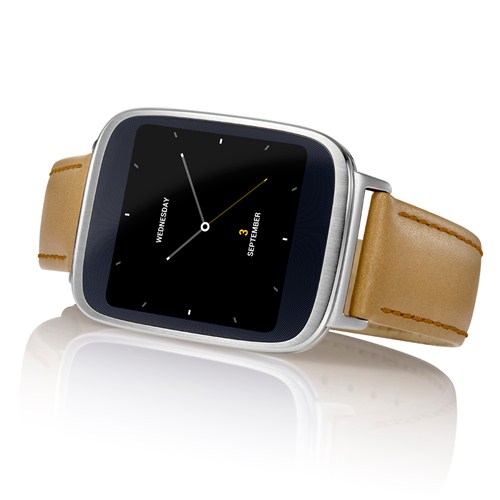 Beyond its physical and hardware specifications, the ZenWatch is a useful wearable device because of its smart features such as Watch Unlock, Tap Tap, Remote Camera, Cover to Mute, Find My Phone, and Presentation Control. ZenWatch’s seamless integration with ASUS ZenUI allows it to enjoy using apps such as What’s Next and Do It Later, both of which are present on Zenfone smartphones. In addition, its integration with ZenUI also turns it into a flexible wellness manager for monitoring parameters such as calories burned, number of steps taken, activity duration, heart rate, exercise intensity, and relaxation level.