Autodesk Brings in Computer-Aided Manufacturing to the Cloud

Autodesk Brings in Computer-Aided Manufacturing to the Cloud 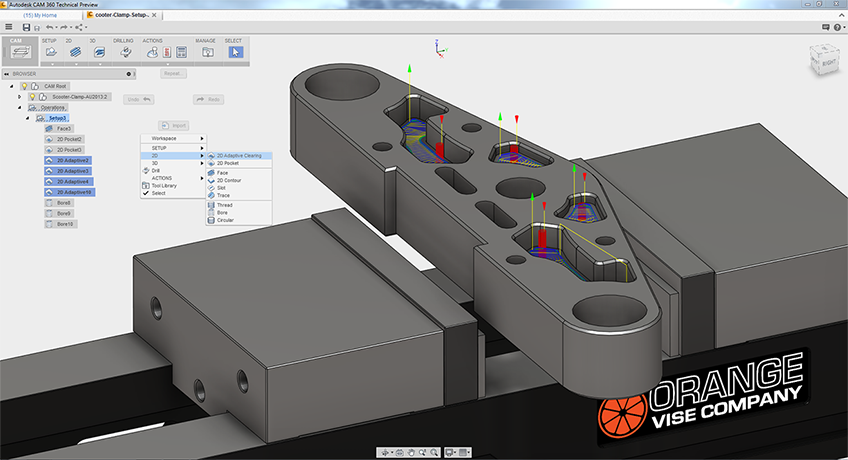 Autodesk, Inc. today unveiled Autodesk CAM 360 – the industry’s first cloud-based solution for computer-aided manufacturing (CAM). By tapping into the near infinite computing power of the cloud, CAM 360 allows users to take advantage of collaboration tools and shared data storage, and provides users with unparalleled ease-of-use and flexibility. CAM 360 allows users to rapidly engage with co-workers and customers, and turn around the most demanding machining projects much faster than ever before. Additionally, CAM 360 is the multi-platform CNC programming solution that transcends the normal limitations associated with traditional desktop workflows.

Since a difference of mere hours in the manufacturing process can impact delivery time, CAM 360 is built upon Autodesk’s proven HSM technology, which greatly improves efficiency and effectiveness for the entire supply chain. Companies gain the flexibility to proactively address any manufacturing problems or irregularities that might occur during the design to manufacture process.

“Two years ago, we launched PLM 360, creating a new paradigm for product lifecycle management,” said Robert “Buzz” Kross, senior vice president at Autodesk. “In September 2012, we broke down the barriers to testing and analysis with Sim 360. Last year, we ushered in a new era of cloud-based design with Fusion 360. And now, Autodesk delivers the final piece of the solution—manufacturing—with CAM 360.”

Unlike standalone CAM tools, CAM 360 is an integrated cloud-based solution that allows users to take advantage of Autodesk’s next generation Digital Prototyping platform, including the modeling tools found in Fusion 360.

CAM 360 is expected to be generally available next year in select markets.

Previous Story
Get a MyPhone Agua Storm for Only PhP 2,988
Next Story
LG G Pad 8.3 Is Now Available Under Smart Bro Gadget Plus Plan 999