Build Your Own Bikini Bottom with Nickelodeon’s SpongeBob SquarePants App

Build Your Own Bikini Bottom with Nickelodeon’s SpongeBob SquarePants App 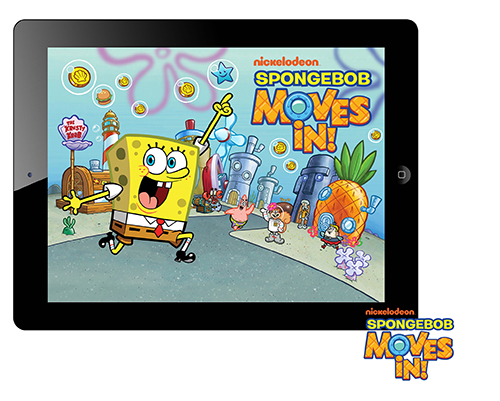 Nickelodeon debuts a brand new city-building app called SpongeBob Moves In. With this exciting new app, SpongeBob SquarePants fans can now build their very own Bikini Bottom with the globally available app. It features a stylized 2D design that gives fans a whole new way to interact with the hit animated series. Parents and educators can use the app to encourage children to use their imagination as they customize the look of their undersea city with a variety of characters, buildings, and accessories. They can also learn about being responsible and taking care of others as they must collect happiness points in the ongoing quest to keep Bikini Bottom inhabitants happy by fulfilling their wishes. Residents wish for items such as food like Krabby Patties from the KrustyKrab restaurant or gifts like a bouquet of flowers from the Flower Shop. Once the characters’ wish is granted, players can collect happiness points or other items. When the app’s happiness meter is filled, players advance to the next level in the game, where they can continue earning coins, game experience and unlocking more quests, buildings and accessories to buy in the store. Written by the SpongeBob SquarePants series writing staff, these stories are told through brand-new animated short videos unlocked throughout the game.

“Millions of fans around the world experience the fun and magic of SpongeBob on television every day, and now they can live out their very own Bikini Bottom adventures with SpongeBob Moves In whenever and wherever they want,” said Steve Youngwood, EVP and General Manager, Digital, Nickelodeon Group.