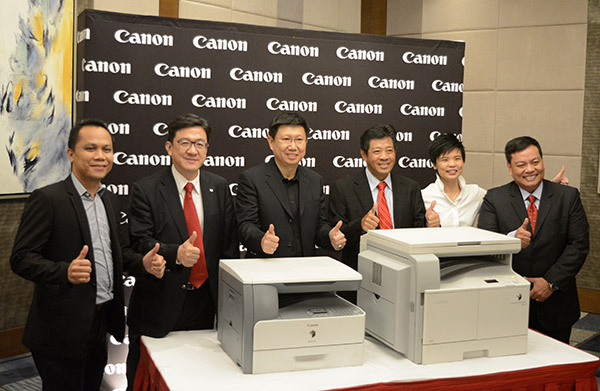 Canon Philippines and MSI-ECS Philippines have teamed up in order to create a more efficient workplace. With the extensive reach of MSI-ECS, businesses will now have greater access to Canon's fine lineup of printers.

The announcement was made earlier today with media in attendance. A lot of focus was placed on the strong capabilities of Canon printers, which include printing, copying, scanning, and faxing, among others. Canon's all-in-one machines are designed to improve an office's workflow, and just as importantly, do more while consuming less, thanks to efficient technology that prioritizes shorter warm-up times and better use of recycled materials.

But what's the use of a printer that can't be found or bought? MSI-ECS is now the distributor of Canon's latest printers, beginning with the Canon imageRUNNER 1024 and imageRUNNER 2002. As the smaller of the two, the imageRUNNER 1024 will cater to those in need of an entry-level A4 copier in a small business office environment. The imageRUNNER 2002, on the other hand, is a more feature-rich A3 copier that comes with functions such as Remote Scanning, ID Card Copy, and image combination.

The partnership is expected to bring out the full potential of not just Canon and MSI-ECS, but of local businesses and offices as well. 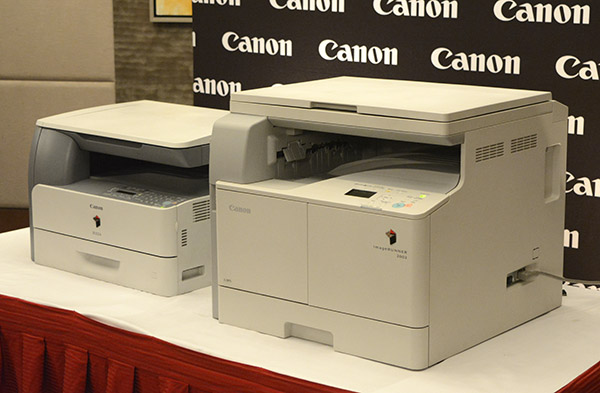 Previous Story
Get ready Philippines! Nissan brings GT Academy to you
Next Story
ASUS, MSI, and Palit out their versions of NVIDIA GeForce GTX Titan X