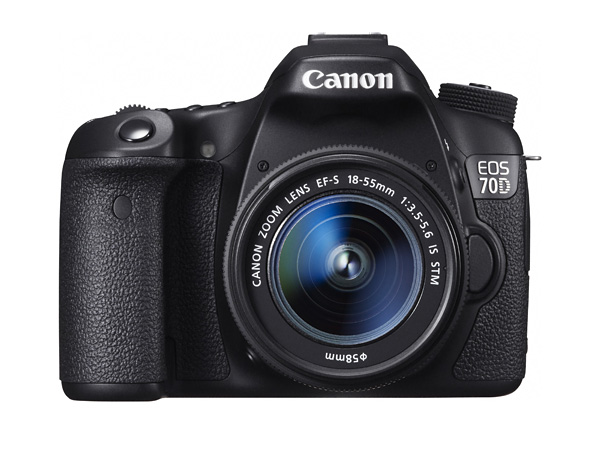 With a three-month delay on the rumor about its launch, Canon has formally announced the EOS 70D DSLR camera, the successor to the EOS 60D. The EOS 70D comes with a brand new auto-focus technology Canon is calling 'Dual Pixel CMOS AF' (auto-focus).

Dual Pixel CMOS AF uses the pixels on the sensor to both capture the image and perform auto-focus using phase-difference AF. Canon says that this improves auto-focus speed during Live View shooting and movie shooting by up to 30%. AF tracking while shooting video is also improved with smoother focusing.

The new 20.2MP image sensor is composed of pixels that each have two separate photodiodes, each photodiode is separate and can receive light. As each separate signal is detected during AF, they create a signal difference which the camera uses to calculate the amount needed to drive the lens and focus.

During Live View shooting, AF is calculated using the phase-detection method exclusively via this Dual Pixel technology, and because no contrast AF method is used the lens will not drive back and forth to hunt for the focal position, making fast focusing possible. When the image is shot, the two photodiodes are combined as one pixel, without affecting the image quality. 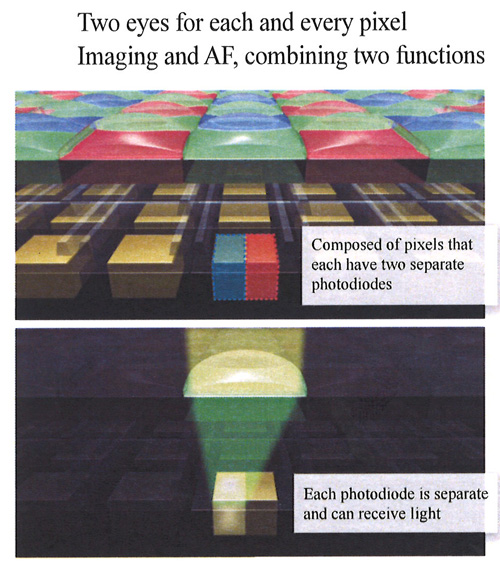 When shooting using the optical viewfinder, the EOS 70D will default back to using contrast-detection AF like other DSLR cameras.

The EOS 70D is slightly smaller than the 60D, and one handling difference we noted during our first look at the camera was that the AF point selection button has now moved from the back of the camera to the top, just in front of the control dial. This makes it both easier and harder to switch AF points; before when the AF point selection button was on the back you could hold the button with your thumb while switching AF points with your forefinger. With the new position, you have to move your forefinger between the button and the control dial (or use the back d-pad) to switch AF points, but you no longer have to press and hold the selection button. Pressing the button again now lets you switch between the different AF modes as well.

The EOS 70D is expected to be available in August, with the retail price to be announced. 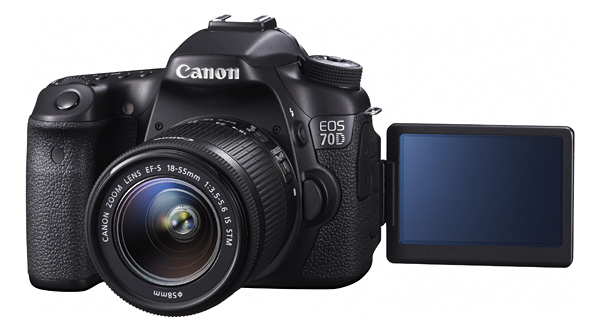