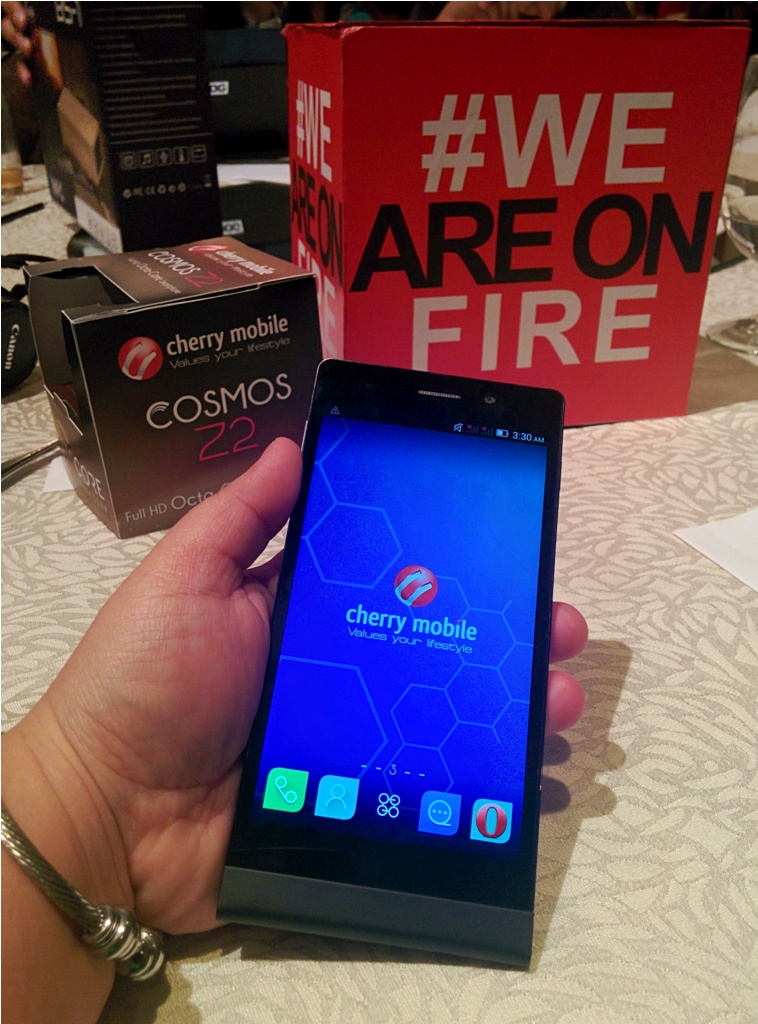 Cherry Mobile joins the octa-core revolution with its latest flagship device, its newest and most powerful smartphone yet, the Cosmos Z2.

Following its predecessor, the Cosmos Z, the Z2 is part of the Cosmos series launched last July 2013. However, what makes it different from the rest of the Cosmos series, and the rest of its smartphone lineup, is it’s octa-core processor. This is “true octa-core”, which means there are eight cores ready to work simultaneously for running graphics or performance demanding games, or multitasking in applications.

“For the Cosmos Z2, we wanted to exceed all our competitive smartphones in the market. The Cosmos series is one of our most promising lines yet - looking back, we became the first and we remain to be the only local brand with phones with Super AMOLED Technology. And being our first octa-core smartphone, the Cosmos Z2 deserves to lead this line of products,” said Cherry Mobile’s Marketing Head, Poch Zenarosa at the Cosmos Z2 product launch last February 4.

These eight cores guarantee ultra-fast performance that does not compromise the device’s display - Full High Definition runs perfectly with the Cosmos Z2’s 1.7 GHz MediaTek 6592 octa-core processor. With an outstanding 16.7 million colors Full High Definition screen, this smartphone is a seamless experience of both an aggressive
processor and a brilliant display. Watching movies, playing HD games, and just plainly looking at it will certainly be a delight.

Sleek at 7.59 mm, the Cosmos Z2 has an economical yet solid build. With a screen size of five inches, the Cosmos Z2 is just the right size to showcase its Full HD display and is not too bulky to use and keep.

Like the rest of the smartphones in the Cosmos series, the Cosmos Z2 also sports an 18 megapixel shooter with Back Illumination Technology (BSI). Its 8 megapixel front camera also comes in handy for good quality self-portraits and video calls.