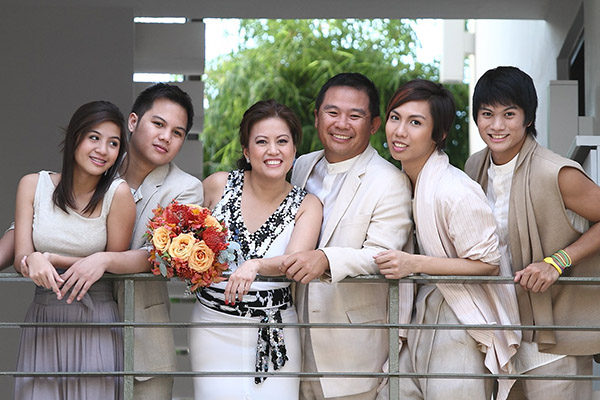 “I use the Internet a lot for what I do,” says Coach Vicente "Chot" Reyes. And that includes a historic feat: coaching the Philippine Gilas team to the country’s first qualification for the FIBA World Cup in four decades.

Coach Chot has a “net-intensive” lifestyle. When coaching the Gilas team, the coach renowned for his unpredictability turned to the Internet for help, studying the moves and techniques of European coaches and players to figure out what they could possibly not be ready for, which could be turned into an advantage for the Philippine team. You might say the team does not have a particular style. In fact, Coach Chot admits to employing random, unorthodox tactics for each game.

The success of his non-style is quite obvious. But when it comes to Internet access, the unpredictable coach says he needs to be certain that his broadband service can deliver. “You can’t just sit there and wait for a video to buffer or download. I communicate with a lot of other coaches, agents, general managers, tour organizers…I get a lot of video email,” he explains. “My broadband should be powerful enough to handle everything I need to do.”

That includes when he’s at home. The Reyes family has a unique bond forged through a shared love of sports and games. In fact, eldest son Joshua is Coach Chot’s assistant coach for Team Gilas. The family draws together through the Internet too, and a superior broadband is a must as they use the Internet simultaneously. “When we’re all at home, my wife and I and our four kids, we all use the Internet. So that’s surfing, streaming, and downloading for six people. Fibr allows us to do all those with no delays, no downtime.”

He also has traditions that help strengthen bonds at home, particularly with wife Cherry. “We have date nights,” he shares, “and we always have breakfast together.” In addition, their broadband service has encouraged the couple to watch more television together. With Cignal Digital TV channels running on their powerful Fibr connection, Coach Chot and Cherry get to watch their favorite shows in high definition.

Coach Chot in particular, loves to watch golf games, and among the series he loves and watches avidly are Suits, Homeward Bound, One Tree Hill, Game of Thrones, Homeland, and Grey’s Anatomy.

Like many other satisfied Cignal on Fibr subscribers, Coach Chot enjoys the clear, crisp pictures – and he’s passed on this passion to those around him. “I love my Cignal! I think I’ve converted all the Gilas guys to Cignal,” he laughs.

When he’s asked what he’s most proud of among his many achievements, his response was something of a surprise to those who know that, in addition to taking Philippine basketball to heights fans could not have predicted, he’s also the youngest coach ever to win a PBA title, at the age of 29 – a feat that hasn’t been surpassed in the twenty years since. He’s also a teacher, motivational speaker, and entrepreneur.

“What I’m most proud of? Raising a family of four, and being married to the same woman for 28 years,” Coach Chot declares. Certainly, the country’s top coach only calls on the most powerful plays on the court. And off the court, when he’s at home with family, he’s got the country’s most powerful broadband on assist.