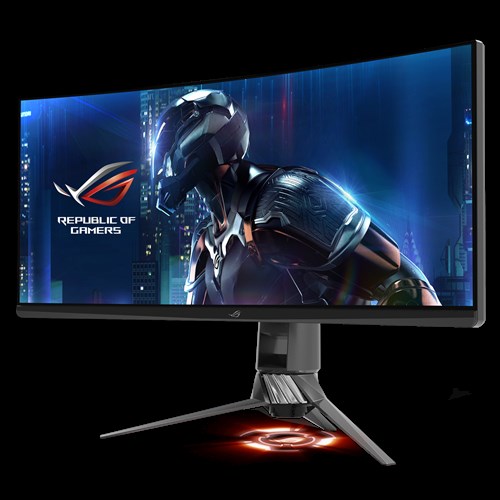 Hot on the heels of their own PG348Q, the PG35VQ is a 35-inch UWQHD (3440 x 1440) curved gaming monitor with HDR and a refresh rate of 200Hz. To put that into perspective, their last ultrawide 1440p, the PG348Q, only had a refresh rate of 100Hz. Its HDR capability allows the panel to deliver 1000cd/m² for brighter images and better contrast in order for gamers to see hostiles even in the darkest of areas. Aside from that, they have also employed Quantum-Dot to give the monitor a wider color space and to support cinema-standard DCI-P3 color gamut. Like the previous model, the PG35VQ uses NVIDIA’s G-Sync technology to eliminate screen tearing. Of course, it’s also compatible with the brand’s AURA Sync. 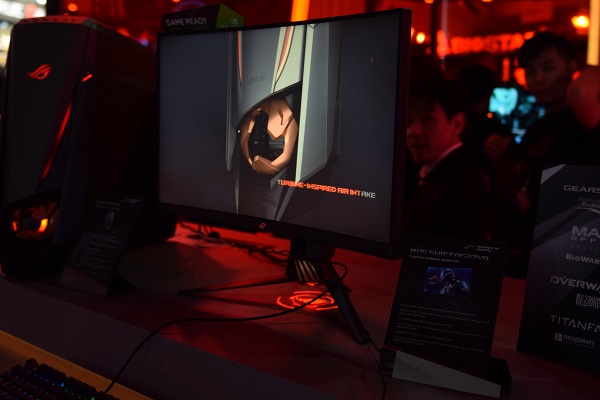 Winner of a Computex 2017 Best Choice Golden Award, the ROG Swift PG27UQ is one of the first monitors to employ HDR at a resolution of 3840 x 2160 at 144Hz. Much like the PG348Q, it uses Quantum Dot to widen the panel’s color space. Its LED backlight is dynamically controlled across 384 zones, for high contrast for richer and more natural dark scenes. Since it has the “PG” branding on it, the monitor will used G-Sync to eliminate screen tearing, and of course, ASUS Aura Sync.

Of course, ASUS will not forget the open-standard FreeSync. Thus, they have also unveiled a couple of new monitors that will use FreeSync. 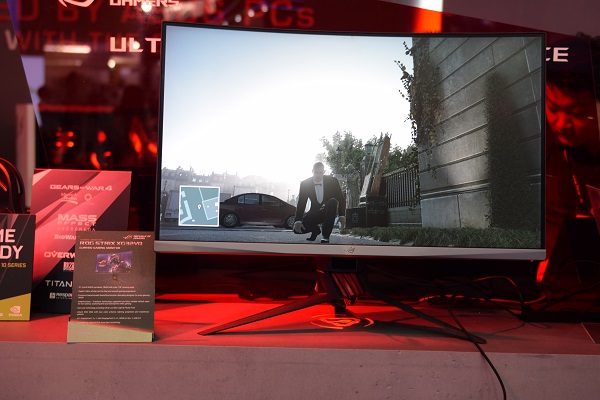 The XG32VQ is a 32-inch is 2K WQHD curved monitor with a 21:9 aspect ratio for a more cinematic gaming experience. For that extra advantage in the battlefield, the monitor is also capable of 144Hz refresh rate for a smoother gaming experience. Much like the other monitors on their new range, the XG32VQ will support ASUS Aura Sync. 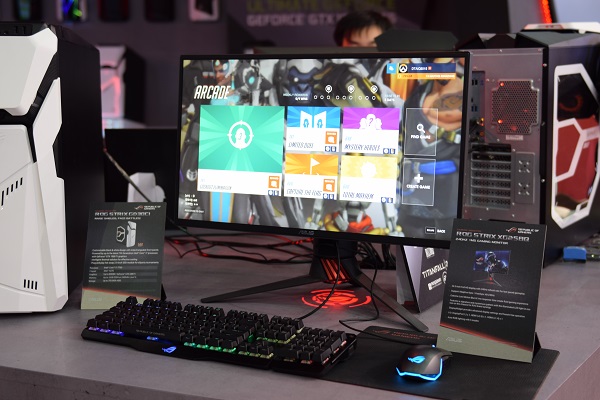 All the monitors thus far will be probably quite expensive due to their fast refresh rates and high resolution. The XG258Q has a more tournament mindset with its 24.5-inch screen that displays 1080p images with an ultra-fast refresh rate of 240Hz. This allows players to experience much more fluid gameplay compared to your usual 120Hz gaming monitor. Much like the XG32VQ, the XG258Q uses FreeSync to eliminate screen tearing as well as ASUS Aura Sync.