A key feature in the upcoming Windows Phone 8.1 update that’s expected to be unveiled next month at the Build conference is something called ‘Cortana’, a personal digital assistant not dissimilar to Apple’s Siri and Google’s Google Now.

A few days ago, The Verge revealed some screenshots of Cortana’s interface, which shows a circular icon that animates when it’s ‘thinking’. Now, the first video of Cortana in action is leaked on UnleashThePhones, showing how it looks like, the initial setup process, and some of its capabilities. Right from the start, Cortana will ask the user for permission to collect and use certain data. Some of these data include location, contacts, voice, email and messages, browser and search history, and calendar details. We also see Cortana asking the user to provide some information about himself through questions like “What are a couple of the most enjoyable parts of your everyday evenings?” and “When you think about food, what’s most important to you these days?”, no doubt to help it present more tailored answers when a search is made. Unsurprisingly, to use Cortana, a Microsoft account is needed.

Other features shown in the video include setting a nickname for Cortana to address the user, and the ability to set ‘quiet hours’ and exceptions. Unfortunately, the voice of Cortana continues to elude us, so we can’t tell whether it really belongs to Jen Taylor, who also does the voiceover for the Cortana character in the Halo franchise. 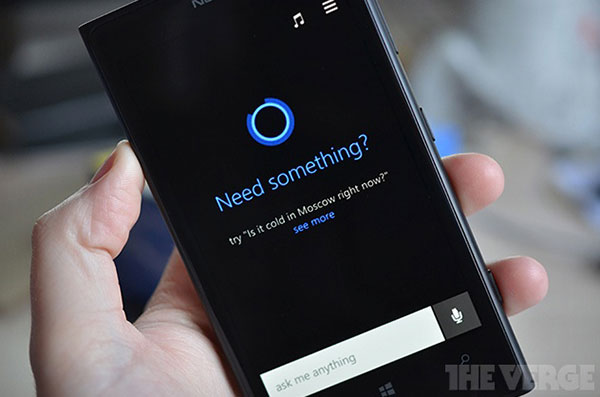